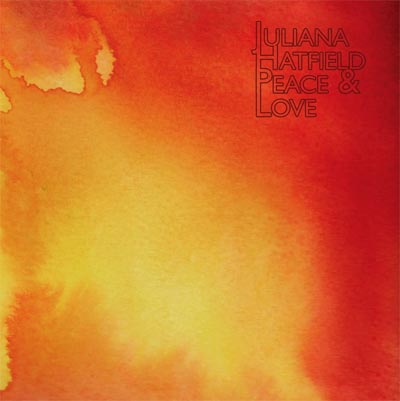 It’s been just over 20 years since Juliana Hatfield started playing with the likes of Evan Dando and Blake Babies. The scene back then was new and different; “college alternative rock” was truly alternative. There were no iPods. CDs were relatively new. There was no Internet. Punks were punks, and pop music was pop music; the two didn’t really mix. Crossover bands were on the rise but were were relatively rare compared to today. But REM, their progeny, and jangly college alterna-rockers had staked out some new ground. Hatfield was there, picking up from where some of that scene had started, and at the tail end of the 1980s, she was putting a new twist on contemplative, artsy, punky girl-driven rock. Yes, some good alternatives were there, but you still had to look for them on the shelves of independently-owned record stores, and you still had to find the right zines to find the pulse of the scene.

So, when Hatfield hit the scene with Blake Babies and songs like, “My Sister” early on in her career, it seemed like she was really onto something that would last. Her lyrics in that era were clever, personal, and revealing; they resonated with kids in the record stacks at the local shops in the bohemian neighborhoods. Her songs were soon picked up for television shows and movies like Reality Bites, where Ethan Hawke and Winona Ryder grapple with Generation X ennui and being 20-something in the early 1990s. Her music was powerful. It was girlish, but with Girl Power at the same time. Her vocal range was fantastic. This was before Fiona Apple and Natalie Merchant got big and came into their own, and this was Sleater-Kinney mixed with Liz Phair. It was post-punk girl rock, new and strong.

Things have changed for Hatfield in the past 10 years. Her music has become more tame and less interesting. The songs she’s written most recently are careful and measured; they almost seem predictable. In other words, her new trend is towards the old and recycled, not the hard, edgy sound she captured when she started.

Unfortunately, Peace And Love, out on Ye Olde Records, follows this same disappointing trend. The songs are plain, and the stories she once told in her lyrics are just not there. Her vocal range is narrower, and that girlish charm is gone, becoming watered down and almost mechanical.

The album really has no stand out songs, no single to send the radio stations. It’s consistently disappointing throughout. Each track is basically a retread of the soft, uninteresting work she’s done, and by the end of the album, it felt like the record was replaying from the beginning, when it was in fact playing another track by another name.

I know Hatfield is a very literate songwriter, aware of the cannon and tradition of the rock n’ roll that has gone before her. But Peace and Love is an album that’s just going through the motions. I was rooting for her. I’m of her generation. I loved her duets with Evan Dando. But now, in the era of the Internet and iPods, it doesn’t seem like Hatfield’s audience will spread or expand. Those that know her and like her may seek this out and give it a try, but it’s not the kind of record with songs that will get picked up by radio or wind up licensed to television shows. It just sounds too tired and re-hashed.

These days, a life in rock music can easily last thirty, dare I say even forty, years. Here’s to hoping that Hatfield puts this one behind her soon and moves on to her third decade of making music, with the kind of hard-edged, expansive, strong music she’s capable of making.