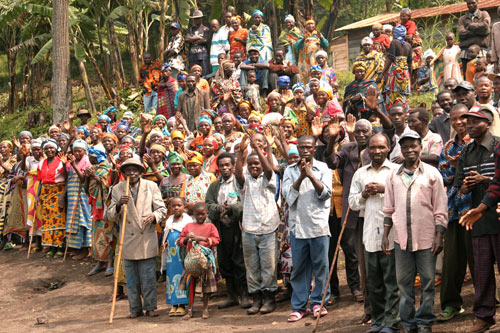 This weekend’s recommended picks! Go to the website for the Portland International Film Festival for more details. An insane surreal stop-motion animated fantasy film featuring toy figurines doing all sorts of things in all sorts of settings. This Hungarian film follows a Gábor, an office cleaner who thoroughly analyzes the garbage of those he works for. Using garbage as a guide, he carefully targets vulnerable women to take advantage of, but has a conflict when he finally falls in love with one of them.

City Of Life And Death

A brutal recreation of the “Rape Of Nanking,” in which more than 300,000 Chinese civilians were massacred by the Japanese army during the late 1930s. After Chile’s military coup in 1973, President Salvador Allende’s most trustworthy collaborators are locked up in a concentration camp on Dawson Island. Thirty years later, they return to the island to see how time has healed their wounds. World-traveling investigative New York Times journalist Nicholas Kristof takes us into his world, which is full of situations we can never imagine from the comfort of our homes. Elderly women in many countries are majorly tough cookies who engage in manual labor and really know how to fight for what they believe is right. Mother is a psychological drama about the mother of a mentally-handicapped young adult, and what she’s willing to do to prove that he is innocent of the crime he’s convicted of. From Los Angeles to the surrounding desert of the Inland Empire, Passenger Side follows the story of two siblings who embark on a common road trip, with uncommon results. Let’s quote Sundance Film Festival, shall we? They’ve summed it up well: “Based on the best-selling book by Naomi Klein, The Shock Doctrine seeks to explain the rise of disaster capitalism: the exploitation of moments of crisis in vulnerable countries by governments and big business.” Seen through the eyes of Italian dictator Benito Mussolini’s first wife, the Australian aristocrat, Ida Dalser, Vincere explores what happens to Dalser after Mussolini rejects both her and her newborn son.

Disney might not be what they used to be, but they’re still a household name. This behind-the-scenes documentary explores Disney’s past, from the mid-1980s until now. This French film follows the lives of illegal immigrants who are trying to flee their homelands to reach England, serving as an extremely memorable look into young immigrants and what their experiences as they try to make new lives for themselves. A film shot in the countrysides of Northern Columbia, The Wind Journeys follows Ignacio Carrillo, an accordion player who goes on one last trip to return his accordion to the man who gave it to him. When a young teenager with dreams of becoming a nomadic musician, the former tries to convince the boy that the lifestyle can only lead to solitude and sadness.