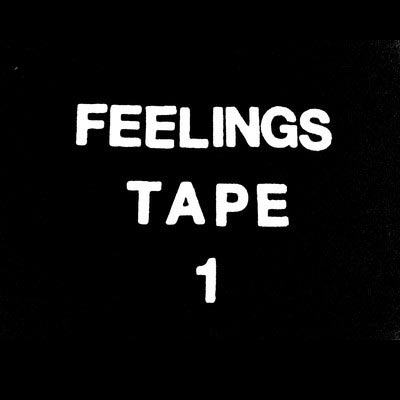 One of the most appealing aspects of Portland dance band Guidance Counselor has always been frontman Ian Anderson’s ability to incorporate punk rock rawness into the frequently frou-frou genre, to create dance punk with an heaping dose of swagger. At times, Anderson comes off like a garage-dwelling, lo-fi James Murphy — open, believable, and simultaneously self-deprecating and confident.

Anderson’s new solo project, Feelings, manifests these tendencies in a a much more low-key and emotive way. Two drastically different musical styles can be found on his latest release: the dark and brooding, with deep goth-industrial synths, and the bright and bubbly, with infectious grooves. True benchmarks for songwriting growth can be found in tracks like “Go Home” and “Desperate Man,” two violent openers that mark out a potential sonicpath for Anderson to trailblaze. Meanwhile, the remainder of the release is satisfying in more traditional ways; they are simply just well-written dance songs.

With such musical diversity, what links together the entire release is the fact that Feelings lives up to its moniker. Every song reflects Anderson’s allowing his thoughts to roam free, with little to no concern for formality or saving face. In the burrowing “Desperate Man,” he squalls, “I’m a desperate man! I’m deaaaaaaaad!” while in “X,” he sweetly croons, “Hey girl, I wanna drive your car/ Cause I need you/ I love you…/ I love you like a lover when the hero dies.” Though the lyrics are not horribly complex, they depict love and desire at their highest and lowest points; they honor impulsive human reactions more cowardly beings would be terrified to share in so open a forum. But it is emotional honesty, coupled with solidly good songwriting, that ultimately makes Feelings compelling. Anderson wears both certainty and doubt on his sleeve openly, with unmistakable style.