Posted at 18:18h in Film by 0 Comments
Human trafficking is one of those things that it seems the world overall turns a blind eye to. Minus a few well-to-do NGOs and agencies desperately trying to create awareness, each year hundreds of thousands of individuals are illegally trafficked across the globe. Some are sent for labor, some are sent for other reasons, but the great majority are sent for sexual purposes — as that is where the real money is. In Catalin Mitulescu’s film Loverboy, he explores the psychology that goes into the whole recruitment process. 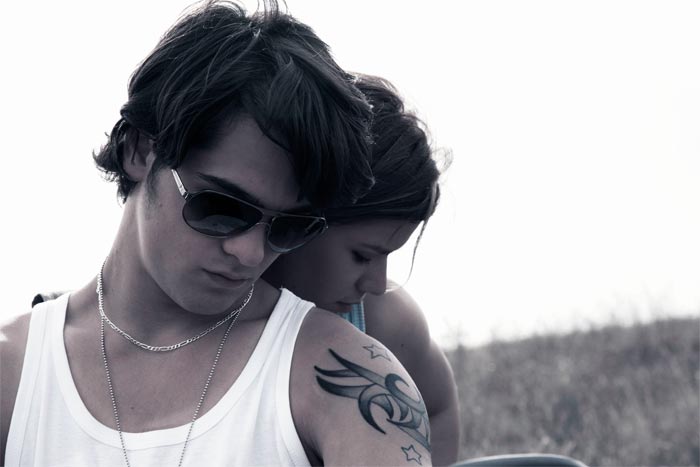 Luca (George Pistereanu) is a cool as ice 20-something who recruits girls by thoroughly emotionally manipulating them and sending them off to his friends at the Black Sea port of Constanta. When Luca meets the beautiful Veli (Ada Condeescu) and falls in love, his way of living starts to become compromised the more engrossed she gets in his life.

Loverboy succeeds on the psychological development of this tale, as you can never really tell what Luca’s true emotions are. Is he truly in love with Veli? Or will Veli end up as another faceless whore in a brothel courtesy of Luca? Luca goes through extraordinary lengths to keep his story going and to keep Veli emotionally dependent upon him. The film is an interesting look at human trafficking, as it almost humanizes the whole thing. If this were a documentary, Luca would be the biggest scumbag on the planet — but throughout Loverboy, in an odd way that is never really explained, Mitulescu creates Luca as a borderline sympathetic character.

He is borderline sympathetic because the story never really establishes why he is involved in the sex trade to begin with. But maybe in Romania you don’t need good reasons for why people sell their souls to a terrible devil. Luca doesn’t really appear to grow too much throughout the film — and the acting of Pistereanu is fantastically wooden and incredibly hard to read. Luca’s emotions are off-limits throughout the film, but the point isn’t his emotions; the point of Loverboy is its emotional state, and of Veli and how she deals with her deteriorating ability to judge other characters.