09 Oct Tezeo – No One Album Review

Posted at 13:08h in Album Reviews, Music by 0 Comments 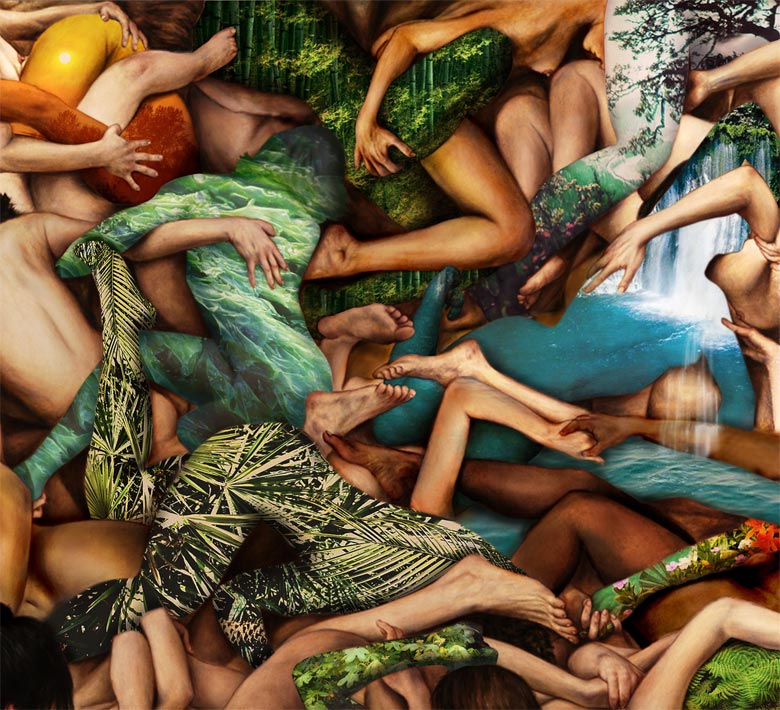 Tezeo
No One
Self-Released (2013)
red
As soon as you hear the crisp, resonant guitar plucking that begins No One‘s opening track, “Charisma”, you know you’re in for an eclectic mix of influences and sounds. As Tezeo’s self-titled LP continues, bass-heavy dance beats, excitable synths, and divergent electronic sounds join pure, hollow indie pop vocals and ambient psychedelic layers. The result is an intriguing voyage into an ethereally electronic landscape, and an impressive full-length debut – that only lacks some of the focus necessary to reach its full potential and establish its lasting musical significance.

From track to track, No One offers a variety of unorthodox sonic pairings, and while some of these combinations might seem unexpected, they prove that the musical duo behind the album, Michael Beharie and Jeff Cristiani, are not afraid to create music that is interesting to them.

“Violet” layers airy flute sounds over a vitalizing syncopated beat, while “Open Windows” accompanies the driving force of a bass synth with what sounds like the spokes of a bicycle wheel being played. The contrast these and other combinations create is palpable: above we have the light, airy, somewhat chaotic ether of flutes, vocals, and synths, and below, the gritty foundation of automatic percussion and electronic effects. Other musical features also arise to satisfyingly link these more disparate realms of instrumentation. Through emotive chord progressions, ridiculously catchy melodies, well-controlled vocal modulations, and tangible beat changes, Tezeo gives us a bridge on which to follow both the album’s rigid and subtle trains of thought.

Occasionally, however, this bridge slips; the melody stops soaring too soon or the beat becomes suddenly sterile, and as listeners, we’re left a bit unfocused and distant, wondering where we’d gotten lost. While the album suffers somewhat from these slips, largely due to the prevalence of electronic sounds over acoustic ones, its standout tracks, “Secrets” and “Friends,” succeed in highlighting two of No One‘s greatest instrumental strengths: sultry, accomplished, and versatile guitar-playing that breathes life into an electronic soundscape, as well as the full embrace of an awesomely predominant beat.

When the album attains a level of focus among its combination of indie, pop, psych, and experimental influences the band’s intentions seem more apparent—and yet they are still somewhat mysterious. Tezeo is undoubtedly undaunted by eclecticism, and though their LP’s soundscape is largely electronic, the album feels distinctly immune to the urban quality that usually characterizes the electronic genre. While electronic music is often expressively a product of or reaction to the modern world—a way of artistically dealing with modernity, the interactions between man and machine, and our role in the modern world — Tezeo’s electronic nature seems uniquely non-urban — in other words, still bound to the ether. But for what purpose, and to what effect? What kind of space are we theoretically meant to occupy in Tezeo’s hazy, spindly world? With additional focus, the band has the potential to more concretely find their place in and between genres, and to answer the energizing questions their debut puts forth.