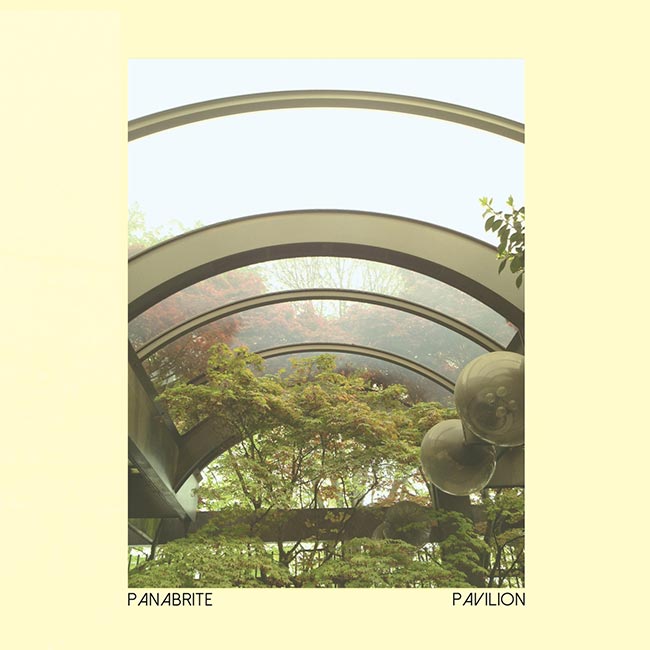 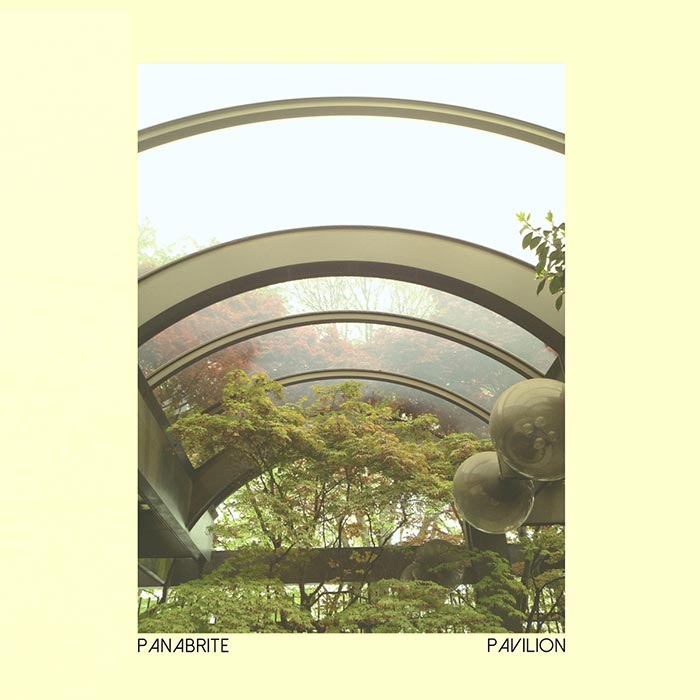 One cannot overstate how important it is to receive a record at the right time. That moment when the millions of waveforms passing through the air make way for that particular set that speak to your situation, that synchronize all of the cells and particles within and without and pull the air around you into formation, stitching together an unseen tapestry reflecting the “right here right now.” Into this milieu there can sometimes march a record that gets it just right. And as I sat down to listen to Norm Chambers’ new Panabrite record, Pavilion, I was just getting ready to accept the end of the Time of Summer here in Portland and welcome the Time of Fall — amongst other things which are more personal and not quite pertinent to this review. And then the sampled rain began, followed by the first pure tones of “Veil”, and I put down the book I’d brought with me to the coffee shop that day and I listened to this new Panabrite album twice in a row. Then I wrote Chambers to congratulate him though I’ve never spoken to him otherwise. The thing just hit me so hard. All of this before I read the press release, where it would later be revealed to me that the album’s conceptual core was a meditation on the intersection of time, space, and mind. Anyhow, I apologize if this comes off less as a review than a love letter to a piece of music, but sometimes I think it’s necessary for people to gush a little. It can cut through any pretension about cultured opinions or formal criticism and skip straight to the heart of the matter, which in this case is that a guy made a beautiful record that I struggle to call New Age or ambient though it certainly borrows from both — and it is the most ambitious and clearly articulated display of his unique vision yet, and I think everyone should hear it. So gush I will.
Norm Chambers has been working at this sort of thing for a long time. Though grossly underappreciated in the wider New New Age community, the man has been pumping out industrial quantities of transcendently melancholy synth music adorned with retro sci-fi architectural achievements and Fourth Dimensional habitats since the early 2000s. With Pavilion though, he has entered a darker but more emotionally available phase of his impressive career. Citing inspiration from the works of various ’70s Italian minimalist composers, Chambers sidelined his sequencers to let his hands do the talking, resulting in one of the most direct synthesizer albums I’ve heard in years. There are few swirling stereo pads or endless reverb trails to cloud our view of these meticulously crafted songs. Rather, sturdy mono-synth lines trace the forms of these tracks like the tangible edges of corporeal objects, guiding us through a series of environs with steady but loose geometric precision. It reminds me of Laurie Spiegel’s The Expanding Universe in approach and the late Richard Wright of Pink Floyd in melodic sensibility. Some notes fall off the grid, but these imperfections remind us that this world was made by a hand welding tools as opposed to machines enacting punch card plans.

Conceptually instrumental synth records are often open-ended, but as Chambers mentioned to Dave Segal of the Seattle Stranger, the album offers “an account of a place and time and of the experience while there.”

The aforementioned opener, “Veil”, introduces a series of recurring structural motifs that serve to elaborate on this notion while allowing space for the listener to draw their own conclusions. The track evolves around a simple but powerful foundational lead, which drones on throughout the duration before surrendering to opposing variations on the melody and then disintegrating into the ether, like a notion sinking under the overbearing weight of the neurons struggling to keep it in focus. Ghostly strings, pads, and free Terry Riley-ish riffs oversee the proceedings while an unprocessed rain recording sits on the edges to frame the electronics. The sample remains as the arrangements become less coherent and the edifice collapses into an inarticulate harmonic mass, carrying on into the next track and reappearing throughout the album, always falling on the periphery while melodic formations cycle through periods of condensation and disintegration. The scene conjured is reminiscent of watching a storm roll in from the comfort of some Platonic shelter before being subsumed by the flood, only for the process to be repeated again.

Album centerpiece “Regent” offers some hope of breaking the pattern, as a triad of bell tones ring across the stereo field in a triangular, vertical succession, relegating the rain to the background and eventually trading it in for a synthesized forest full of life, as if the ark of memory had finally arrived on some dream-like shore. Buzzing LFO’s and an indecipherably vocoded voice float about while a gorgeous lead colors the imaginary sky. The initial triumvirate cedes ground to these exploratory sounds at times, but they always comes back into focus, acting as our guide in this land. Even when we return to the rain recording at the end of the song, the bell tones remain in the fore, like the sensory scaffolding built into the body and mind’s ability to transcend physicality’s bondage to the passing of time.

“Balsam” is one of the least visual tracks for me on Pavilion, but I like it. A lot. It’s one of the few contemporary songs featuring an acoustic guitar that I can fully get behind, likely due to the light vibes and bells that dance around the strings and the fuzzed out noise that eventually resolves into a detuned melodic lead by the end. The title piece, “Pavilion”, is probably my favorite number on the album, its mournful melody slowly coming together with the measured addition of new sounds. No one synth seems to articulate the hook on its own, but the interplay of the lines panned left and right with the bassline and the decaying delay feedback form one of the most compelling sequences on a record full of them. This eventually gives way to the sound of fabricated insects before partially reconstructing itself but never quite returning to the heights of the first five minutes, as if it had simply forgotten how to get back to that summit after descending into the void.

And so it goes with many of the tracks on the back half of Pavilion. While the A side lies beholden to the rain samples, those on the B side tend to march forward towards refined peaks before gradually falling apart into nothingness, all of it unfolding as a quantum dream structure momentarily coalescing into definite shapes and colors that rearrange themselves slightly with every visit. These songs feel alive, as though they are still developing though we are presented with this particular recorded encapsulation, serving as a reminder that perception and memory are a process. I happened upon this collection of forms at one synchronistically resonant moment this year, and I won’t be surprised if Pavilion grows with me into the next.