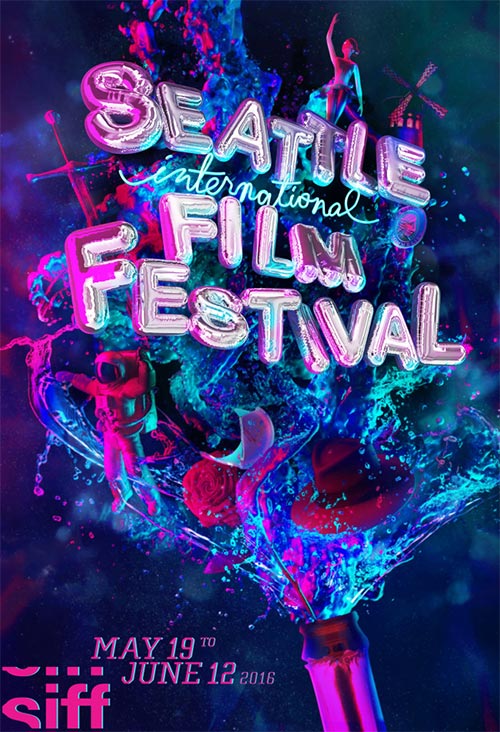 As per usual, we here at REDEFINE have done the hard work of going through SIFF 2016 (Seattle International Film Festival)‘s extensive three weeks of programming to bring you a carefully curated short-list of films you should actually go out and see.

Additionally, this year’s SIFF boasts some new and exciting things, which includes but is not limited to:

All these actions are a start to an ever-growing quest to support a wide and egalitarian film culture, both globally and locally.

Join us for one of the two dozen films below to get knee-deep in the forests of the Pacific Northwest, indulge in the visual and narrative mastery of Iranian, Kazakh, and Chinese directors, or just simply enjoy some black comedies, love stories, gorey explosions, or Werner Herzog talking about the internet.

Starring Parker Posey and Eric McCormack, The Architect is a comedy about an all-too-domestic couple who that is about to move into their dream home — only to have it fall apart right before their eyes. After some intense negotiation, they decide to tear it down and hire a modernist architect to create something new in its place, leading to bizarre flirtations and various work-life confusions.

Directed by Matt Ross
As this year’s SIFF honoree, the veritable Viggo Mortensen plays a convincing backwoods mountain dad in Captain Fantastic. After his wife’s passing, he and his six home-schooled children are forced to engage with her suburban family members — and in the process, learn the painful lesson that they are misunderstood and rather ill-equipped for integration into the real world. This is the centerpiece of the tribute to Mortensen, along with screenings of Eastern Promises, A Walk on the Moon, and The Return of the King, the last installment of The Lord of The Rings.

Directed by Lisa Robinson and Annie J. Howell
Like Captain Fantastic and The Architect, Claire in Motion feels like another Northwest-appropriate film. Betsy Brandt, who is perhaps best known for her role in Breaking Bad, plays Claire — a mourning wife whose husband has been missing for three weeks. Though the official police investigation has been closed, Claire’s intuition says otherwise. She decides to take matters and the search into her own hands.
8:30pm – June 9, 2016 @ SIFF Cinema Uptown Festival
1:30pm – June 10, 2016 @ SIFF Cinema Uptown Festival

Directed by Rifqi Assat
Disguised beneath a road trip comes an intimate glimpse of the ravages that plague Middle Eastern societies, as well as the small joys which can shine through even the most uncomfortable of circumstances. Through the unlikely meeting of a Lebanese TV director, a female divorcee who had grown up in a refugee camp, and an awkward Palestinian with a vintage bus comes a surprisingly spiritual account of personal transformation. 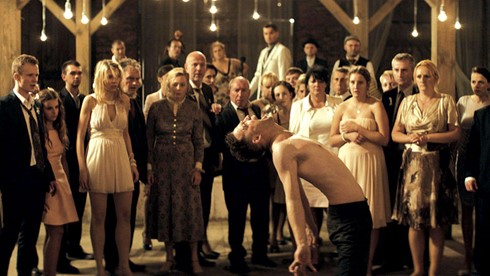 A Polish black comedy about a groom’s possession by a 17th century Jewish spirit, Demon never takes itself too seriously yet has moments of psychological unhinging which are plausible enough to be chilling. The film’s twists and turns never go into quite the direction you’d expect, and part of that is due to its multicultural nature and the fact that Polish weddings seem festive to next-level proportions. 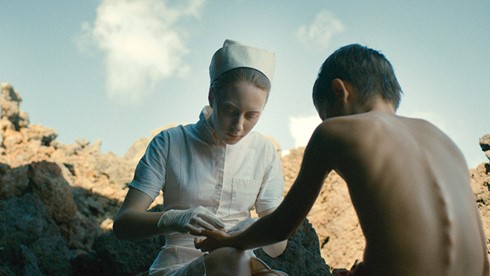 This surreal sci-fi film is set on a remote island and filled with guardian “mothers” and young boys who are subjected to a number of mysterious medical tests. Director Lucile Hadžihalilović is married to Gaspar Noé, if that offers any insight into the type of unsettling feeling that Evolution might generate in your guts.
9:30pm – May 29, 2016 @ SIFF Cinema Uptown Festival
1:30pm – May 30, 2016 @ AMC Pacific Place 11

Directed by Xu Haofeng
Slick and stylized but definitely not over-the-top with its use of special effects, The Final Master is a modern wu xia film that plays up the aesthetic of Westernized China in a bold way, and uses fist fights and sword fights to showcase battles between rival martial arts schools. An entertaining reboot of old-school Chinese classics.

Directed by Anna Rose Holmer
In her attempt to fit in, a tomboyish preteen boxer named Toni joins an all-girl dance team and must undergo a rite of passage known as “the fits”, where the girls have mysterious outbreaks of seizures and fainting spells. Featuring a stellar performance by youngster Royalty Hightower, and inspired by real stories of mass hysteria. Sounds good.

Directed by Hadi Mohaghegh
Visuals are everything in this story about a guilt-ridden old man who is determined to take his own life. Immortal uses beautiful landscapes and humble living quarters as the setting for philosophical musings, and is beautiful, beautiful, beautiful.
6:00pm – June 6, 2016 @ SIFF Cinema Uptown Festival
4:30pm – June 7, 2016 @ AMC Pacific Place 11

Lo and Behold: Reveries of the Connected World (USA) 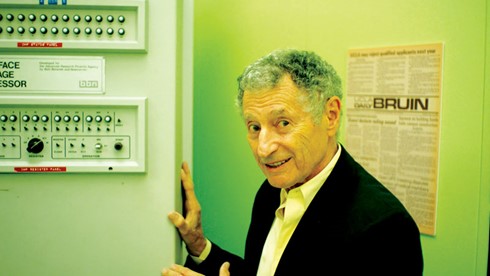 Werner Herzog talking about the internet. That is all.

Directed by Jia Zhangke
A beautiful epic which might be the “to-watch” film of SIFF’s inaugural China Stars programming series, Mountains May Depart is a philosophical tale which spans multiple decades, from 2009 to 2025, tackling issues of love, family, and tradition in a country that is rapidly changing before everyone’s eyes.

Directed by Nabil Ayouch
A film which chronicles the lives of four female sex workers in Marrakesh, Much Loved was banned in Morocco — and this move speaks to the realism of the raw material presented therein.

Directed by Megan Griffiths
A victory for Seattlites who years ago fell in love with director Megan Griffith’s sex trafficking film, Eden, The Night Stalker is about a lawyer who is racing against the clock to unravel a serial killer’s psychology and save another inmate from a wrongful death sentence. The catch? This lawyer has been completely obsessed with the killer since childhood. Featuring an excellent performance by Lou Diamond Phillips, whose face can hold your attention for years, and based on a true story about the killer Richard Ramirez. 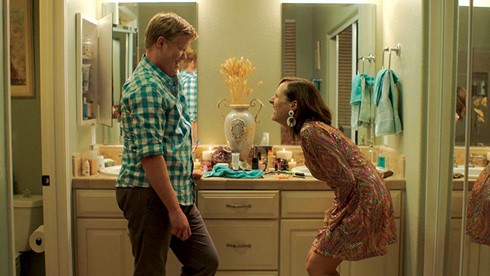 Chris Kelly’s highly personal and somewhat autobiographical dramedy recalls the period in his life when he had to take care of his mother through her battle with cancer. A carefully selected cast makes sure that the tragicomic range of human emotions is well-represented. It is the SNL and Broad City writer’s directorial debut, and stars Molly Shannnon, who is highlighted this year at SIFF.

Directed by Joost van Ginkel
The second feature film by Joost van Ginkel is particularly timely as Europe faces its immigrant crisis. Set in modern Amsterdam, The Paradise Suite weaves together the lives of six immigrants who share in a pursuit of better lives, but achieve or fail to varying degrees.

Directed by Gilles Legrand
Both sadness and small joys are plentiful in a love tale between a widowed home-care nurse and a wounded cavalry officer. Beautiful, confusing, desperate, unconventional, and well-composed.

Southside With You (USA)

Directed by Richard Tanne
Not all presidents are charming enough to have a feature-length film penned after their love lives, but then again, Barack Obama isn’t exactly your average president. Very much a 21st century figurehead, Obama has been on Saturday Night Live, regularly sings R&B songs in public, and is an amusing Tweeter; it only makes sense that him and Michelle Obama’s relationship might be dreamy enough to become Hollywood.

Directed by Sion Sono
Expect nothing less from Japan – land of films on suicide clubs and all-out war between schoolchildren. TAG continues this legacy with an over-the-top explosion of bodies, and the tag-line, “Get tagged and… DIE.” 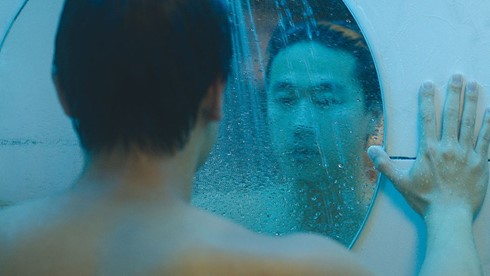 Los Angeles has the largest population of Korean people outside of Korea, and that culture is well-represented by LA’s Koreatown, which houses restaurants, nightclubs, bars, and spas that recall the motherland well. Yet where Korean society may be somewhat reticent about addressing LGBTQ rights, Koreatown’s mix of American and Korean culture leads to first-generation Korean-Americans with far different takes on the issue. In Spa Night, uses a fantastic performance by Joe Seo to explore gay hookups in a traditionally conservative setting.

Directed by Naotaro Endo
Tokyo’s infamous Tsukiji Market, known for early morning tuna auctions where an individual specimen can sometimes go for upwards of tens of thousands of dollars, will be moving locations in November 2016. Tsukiji Wonderland chronicles the legacy of the 80-year-old market by documenting its last period of operations.

Directed by David Ruehm
An undead comedy, where Sigmund Freud discovers his new patient — a vampire — cannot bear his “eternally long” relationship with his wife.

Directed by Rune Denstad Langlo
Depicting a deadbeat’s plan to save his family’s ski resort by turning it into a state-funded refugee camp, this comedy by director Rune Denstad Langlo speaks of Europe’s refugee crisis in an over-the-top and ridiculous way.

Directed by Vitaly Mansky
Russian director Vitaly Mansky catches a rare glimpse into the life of a family in North Korea’s capital of PyongYang. Under The Sun follows a year in the life of the young ZinMi, as she prepares to joint he Korean Union for Children, showing viewers the reality on which rumors are based.

Directed by Emir Baigazin
A stark and nuanced film, The Wounded Angel does not shy away from the harsh and simple realities of life as an impoverished Kazakh youth. Winner of the 2013 SIFF New Director Award for his film Harmony Lessons, director Emir Baigazin’s second feature film exhibits a talent that is obvious — and is the second part of his trilogy on the complexities of teenage life.