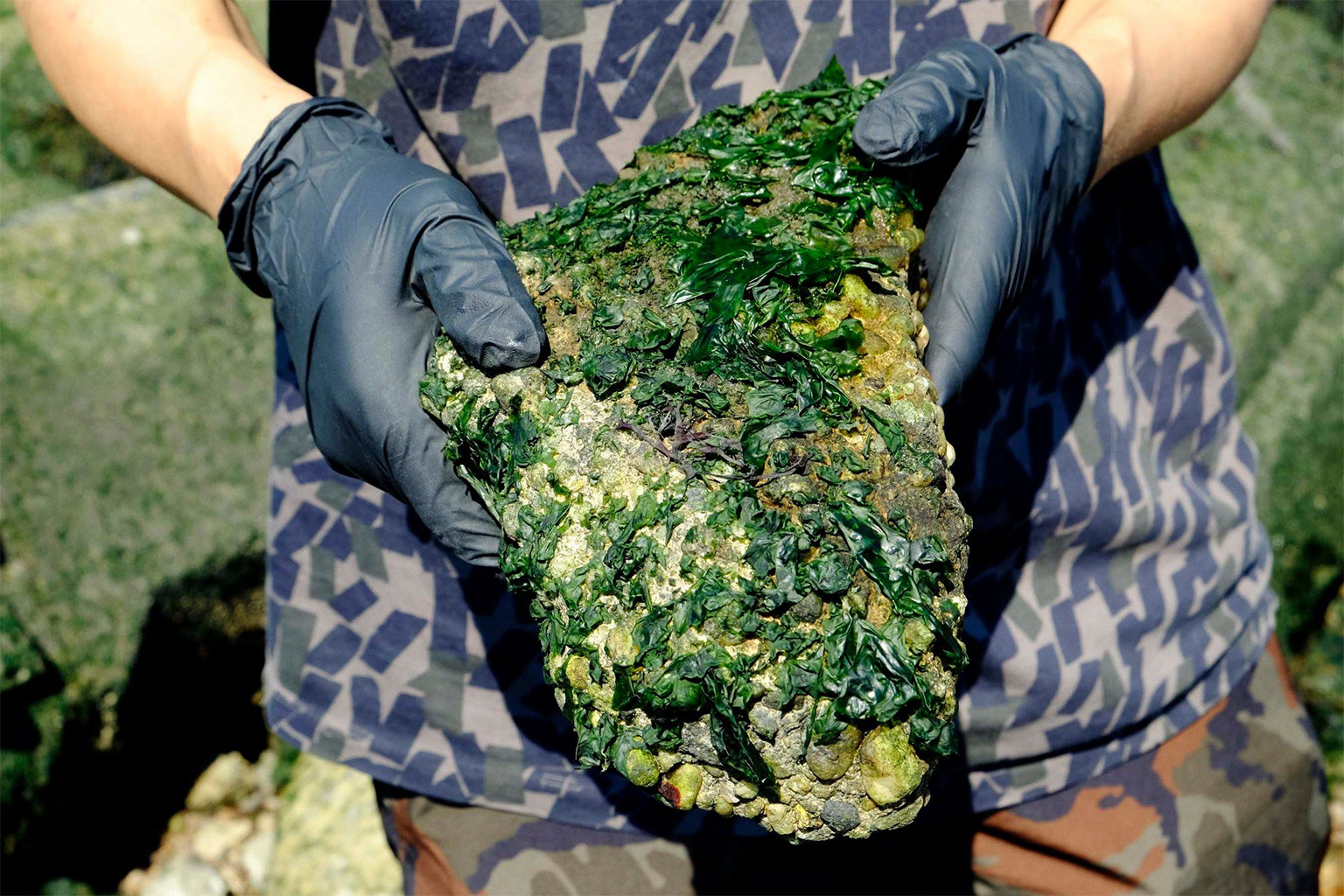 Aki Onda’s Stack Until it Falls Down Performance Review: the Meditation We All Need

Rosemary Sissel4 min readSeptember 9, 2020Add comment
It’s an unassuming video. Just 17 minutes in length and made up of exactly what it’s title promises, Stack Until it Falls Down is redundant, slow, and rather dull. It’s also hypnotic, soothing, and exactly the meditation we all need right now.
Born out of the COVID-19 lockdown that fundamentally altered all of our lives just a few short months ago, and commissioned by the Portland Institute of Contemporary Art (PICA), Stack Until it Falls Down turns methodical action into something bigger. It follows the movements of one human, stacking rocks near the ocean, in a tactile, satisfying journey to achieve some semblance of peace. 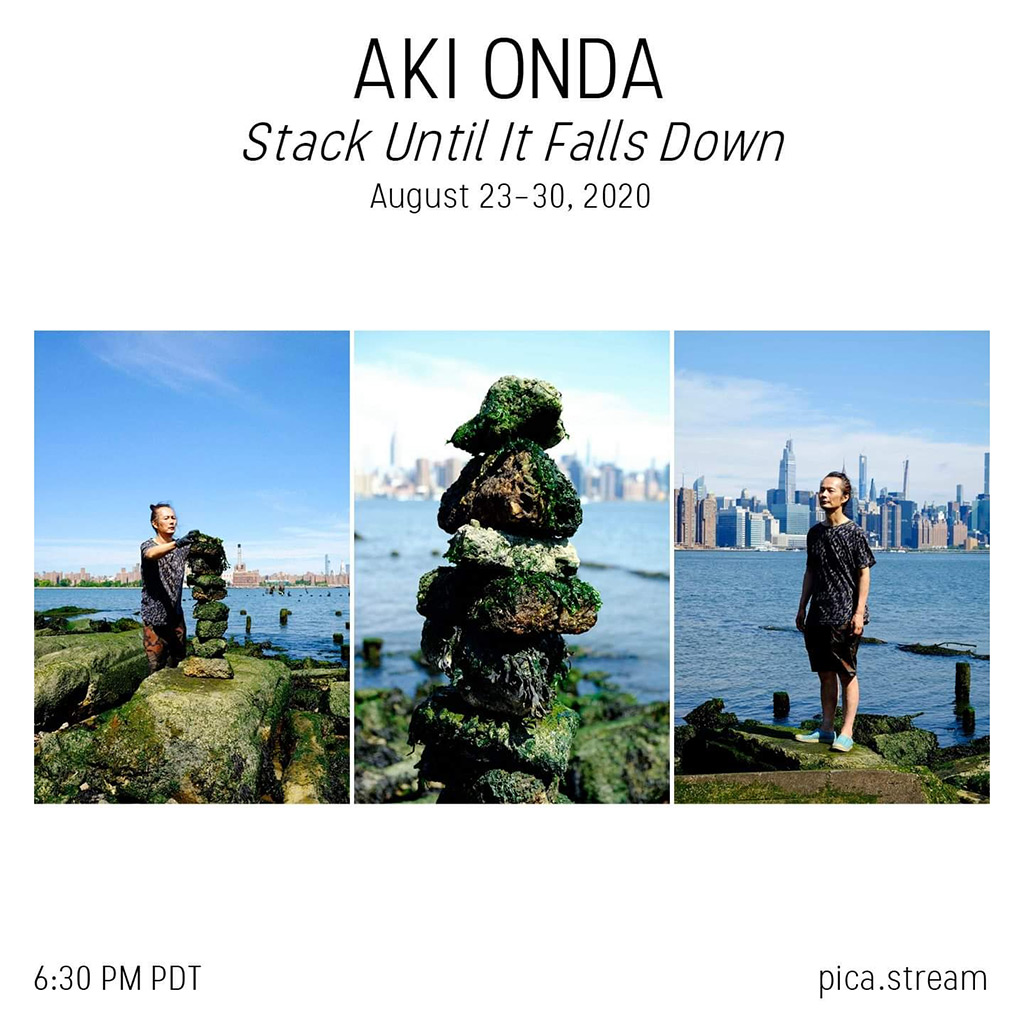 Aki Onda is an interdisciplinary artist, composer, and curator based in New York. Born and raised in Japan but with an artistic practice that spans the globe, he has explored diverse mediums, from collages to collaborations with musicians and film artists to cassette tape recordings, pushing the boundaries of genre and experience.

For this piece, he collaborated with filmmaker Moko Fukuyama and sound designer Daniel Neumann to create a “metaphor or poetic response to the unprecedented times.” Shot at Hurricane Point, a small island formed from Hurricane Sandy debris, it effortlessly captures the repetitive, seemingly empty actions that fill our days in quarantine – and offers a powerful statement of strength.

Wearing a t-shirt, shorts, disposable plastic gloves, and (hopefully) waterproof shoes, Aki Onda stands amidst crashing waves. He selects a rock, places the rock atop another. Adjusts it. Then lifts up a further rock. Places it. Moves on. This action, while plain and obvious in writing, is surprisingly mesmerizing; it’s calming and hypnotic, creating a clean mental space.

The video takes breaks for some pensive shots of geese, seafoam, and dripping kelp. And then keeps returning to this cathartic action. Two hands, one finger peeking out of the now-torn glove. Stacking rock after rock after rock.

The human is seemingly in control, carefully selecting and balancing each rock. But the process is bigger than one individual. Onda can’t control the laws of gravity, or the encroaching waves, any more than we can release the all-encompassing grip this pandemic has over our lives.

Yet Onda goes on. Despite the rocks falling, despite not actually being able to affect a long-lasting change in this ocean environment, despite being one tiny being in a world racked by a pandemic that changes everything, Onda keeps placing rock after rock.

In the end, after holding our collective breaths with every single placement, we’re left with a couple-seconds-long shot of the final creation. And it’s a dramatic, pivotal moment.

Framed by the imposing Brooklyn skyline and a lonely ferry in the distance, we discover six perfectly-balanced rock formations, standing proud. Instead of watching Onda stack one tower over and over and over, he has actually been building many all along.

A giant health crisis wracks the entire planet and yet Onda continues creating art, producing a wonderful statement about struggle and elegant resilience. It’s the meditation we all need.

This piece was originally featured via PICA.stream from August 23 to 30. You can now view it below.

Artist Statement
Stack Until It Falls Down was composed by Aki Onda in May 2020 during the lockdown of the COVID-19 crisis. The Fluxus-type score instructs a simple gesture and its repetition. The action of stacking, reflected in the video, suggests activity in our lives or maybe life itself. It’s a recurring cycle that culminates in a potentially unfortunate fate. Stack Until It Falls Down was shot at Hurricane Point – a little known place along the Brooklyn shore of the East River. As one of a few places along the river where two currents meet, Hurricane Point developed as a small island made out of the drifted debris from Hurricane Sandy. This location communicates with the harsh reality of life, and Onda’s simple gesture becomes a metaphor or poetic response to the unprecedented times. The video was made with Brooklyn-based artist and filmmaker Moko Fukuyama and sound designer Daniel Neumann.

Aki Onda
Stack Until It Falls Down
2020

Rosemary Sissel is an opportunistic performer and poetic novelist. A recent graduate of Foss High School, she has explored her voice as president of Foss’ debate team, leader of Foss’ environmental club, and chair of the Mayor’s Youth Commission of Tacoma. Now officially done with politics and argumentation, she hopes to use her voice for different things, like writing art-uplifting reviews, as she has done recently for TeenTix, the Tacoma Art Museum, and Encore. She wants to help create a future in which artists are equal partners to government officials in exploring our societal problems. Ask her about adorable younger siblings and haphazard tree-climbing.