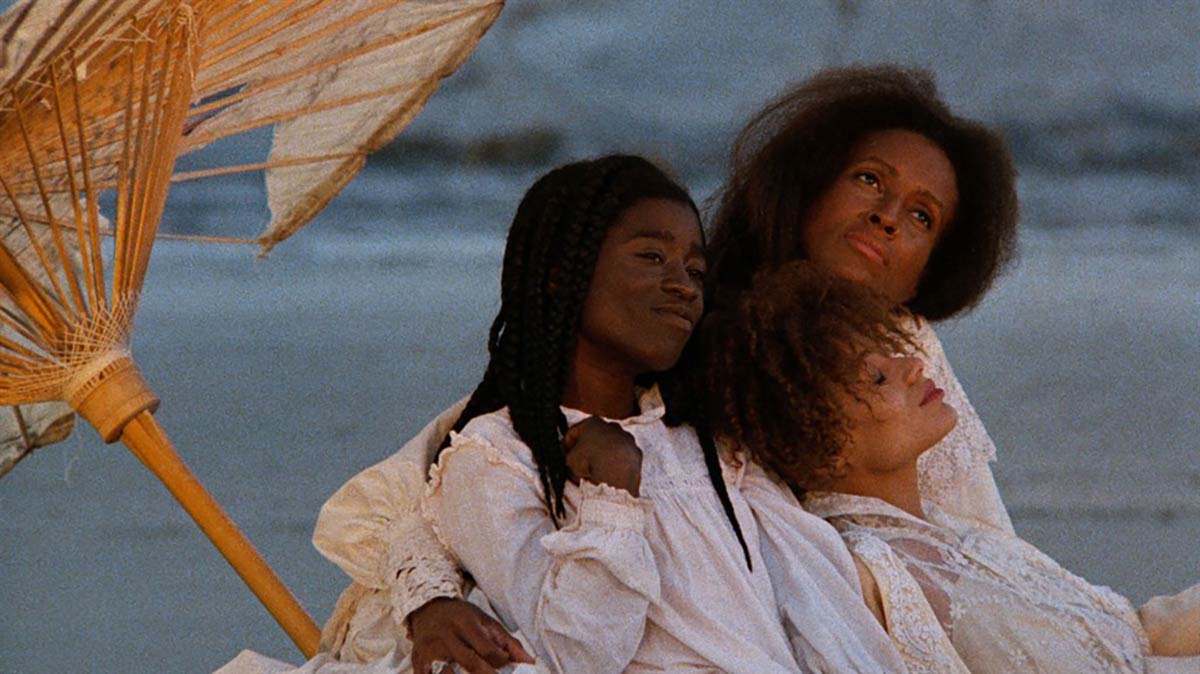 Cinescopes 2020 — Cancer: Five Films to Help You Feel it All this Month

Hannah Piper Burns10 min readJune 22, 20201 comment
Welcome to Cancer season! The Sun is now in the sign ruled by the Moon. This is a time with real spiritual weight, where our ego meets our inner child and the energy of the moment feels positively tidal. Cancer is the soil that feeds our roots, the feathers that line our nests, the vast womb of the ocean, and the waves that pummel out the heartbeat of the planet. It concerns ancestor worship, care work, nostalgia, and diaspora. Cancer the crab and its oppositional sign, Capricorn the sea goat, are the only creatures in the zodiac that can thrive on either side of the waterline. Between them lies a spectrum of tradition, trust, and resilience.

Mercury, the planet of communication, is also currently moving through the sign of Cancer, which brings to mind how storytelling, folklore, and the language of emotion filter ancient tales through our over-cultural consciousness. Family recipes aren’t written down. Trauma makes carbon copies of its own signature on our DNA. Sometimes, the shelter of our foundational myths proves shaky when confronted with reality.

As Mercury moves retrograde through Cancer, appearing to travel backwards in the sky to our eye, we’re seeing monuments (one means of telegraphing our heritage and historical fairy tales) “de-erecting” all over. As within, so without. America celebrates a birthday this season, and we are reconsidering every story America tells itself. Every. Single. One. You already knew this would be a month of figuring out how to move forward — by looking back at how we got here, and what those who came before us can teach, and what we can do in this lifetime to help heal our family line, whatever that means to us. With that, here are five films that, for me, really capture the spirit of this year’s Cancer season:

Emotions aren’t linear, and neither is history. Just like layers of sediment form the ground under our feet, all places are amalgamations of memory. Julie Dash’s lyrical Daughters of the Dust flows through and between generations of Black women, depicting a family — the descendants of enslaved people brought to Igbo Landing in the American South — and the lives they have made for themselves. Along a shoreline where the personal and political collide, their story takes on the symbolic weight of a larger history.

Most of the movie’s dialogue is Gullah, a regional creole language. Without subtitles, viewers must let it wash over them, and maybe even use a different part of their brain than usual to grok its meaning. Combine it with gorgeous cinematography, moving mise en scene, and musings on identity and ritual, and the effect is often revelatory. In other words, watching it is a perfect way to soak up the energy of Cancer season.

As the first feature film directed by an African American woman to get theatrical distribution in the US (yes, in 1991), Daughters of the Dust also speaks to the “cardinal” nature of Cancer. In the zodiac, cardinal signs are initiators, indicating the beginning of Spring, Summer, Autumn, and Fall. In 2016, the same year that Beyonce’s visuals for Lemonade paid significant homage to Dash’s visionary film, it also got a re-release complete with a 2K restoration. This introduced a whole new generation to its power, and added yet another layer to its cumulative cultural significance.

Daughters of the Dust is available on the Criterion Channel, Kanopy, and Vudu. Honorable mention for a temporally refracted family story that launches from Igbo Landing this Cancer season: Welcome II the Terrordome (1995) dir. Ngozi Onwurah, available on YouTube. As one of our generation’s most beloved actors (and Cancers), Robin Williams brought an incredible emotional generosity to every role. So many of his movies are so Cancerian through-and-through that, when it came time to honor his memory and birthday, there were almost too many to choose from! In the end, to properly honor this sensitive and perceptive water sign, I went with my intuition.

In What Dreams May Come, Williams’ character creates a heaven from his own imagination, as impressionistic and subjective as a painting. Then he leaves it behind, undertaking an epic quest to rescue his soulmate from a different fate. He would rather be with her in hell than alone in paradise, exhibiting a fierce tenderness in the face of death that is a truly Cancerian superpower. It takes an incredible amount of strength, love, and faith to say, “I cannot be truly free or happy until you are” or “we are better off together than we would be apart.” But that’s exactly what’s being asked of us, collectively, to cultivate within ourselves. Our future absolutely depends on our ability to do so. As this film suggests, we can choose to be reborn in it together…but we have to choose.

What Dreams May Come is available on iTunes, Vudu, YouTube, and Amazon Prime.

In upstate New York, a historic Protestant church with a dwindling congregation is presided over by an alcoholic priest (Ethan Hawke, looking mighty peaked, indeed). Struggling alone after the death of his son and the failure of his marriage, his disillusionment is only deepened by his attempts to counsel his flock. Scarce moments of transcendent intimacy pierce an otherwise dense veil of almost unspeakable grief.

A parable from one of Hollywood’s modern heavyweights, First Reformed fills the spot that Andrei Tarkovsky’s The Sacrifice had on this list last year, taking on the existential implications of climate apocalypse, endless wars, political corruption, and extremism through a decidedly Cancerian lens. Like the sea itself, the emotion of Cancer can feel deep and powerful enough to sink us forever. But what good is belief that goes untested? What are we willing to put on the line for our faith? Cancer energy knows a thing or two about the divine exchange: making offerings of ourselves in the service of the greater good. 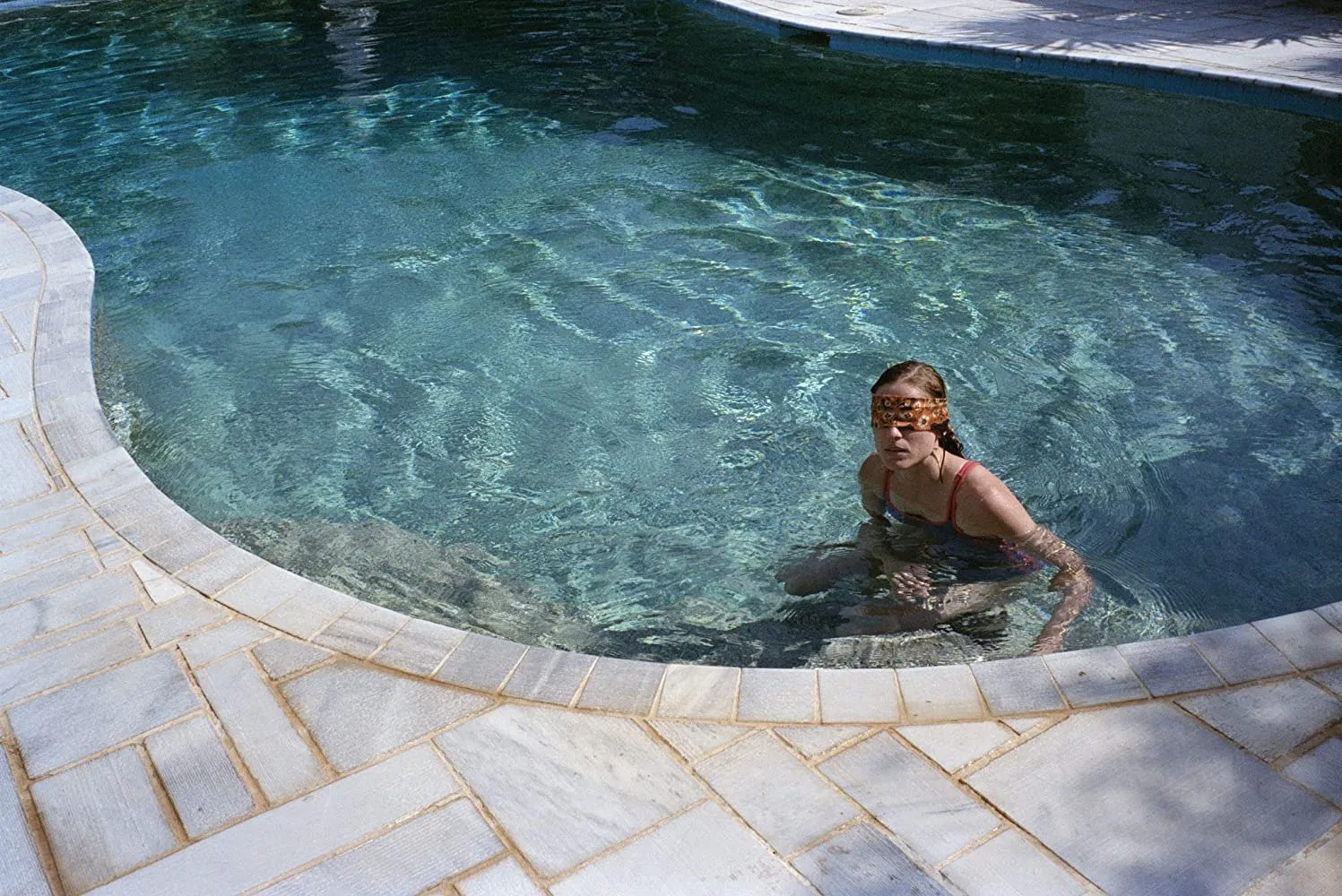 Before The Favourite, his gout-ridden fish-eye-lens–view of British aristocracy, The Killing of a Sacred Deer, his bone-chilling medical revenge horror, and The Lobster, his offbeat lonely-hearts tragicomedy, Greek director Yorgos Lanthimos splashed onto the international cinema scene with Dogtooth, a truly bizarre portrait of familial dysfunction. His oeuvre may span the genres, but there are always aspects of kin, belonging, loyalty, and alienation threaded throughout.

Cancer energy is based on affinity, and in a way, a crab’s shell acts as a border, the protection of a castle wall: Who belongs, and who doesn’t? Who is welcomed in, and who is thrown out? Just like that shell can soften or be cracked open or left behind, borders are always permeable. When we let someone in, we are vulnerable to their influence. Patriot and patriarch have the same root, and while no human is an island, every family is a nation. Within those borders, there are languages, currencies, and laws. In Dogtooth, one man takes this concept to the extreme with his wife and three adult children.

As it turns out, the survival of the DAZ (or “Dogtooth autonomous zone”) relies on levels of manipulation and control that are…without risk of ruining your viewing experience, let’s say “troubling and unsustainable.” Maybe don’t use Dogtooth as a model for your intentional community, but do let it inspire you to be more intentional than you think is possible, consider how your beliefs are a product of your upbringing, and realize how much of your reality is defined by language. Cancer season is also Pride season. Solidarity is a Cancerian form of love that unites us in struggle, and it would be remiss not to acknowledge what has been fought for, and what continues to be fought for. Hint: It’s not a rainbow flag on a police cruiser.

How to Survive a Plague is the story of ACT UP, or AIDS Coalition to Unleash Power, and their fight to survive — and end — the AIDS epidemic. When confronted by the machinery of a state that is indifferent and even hostile to the life and death of its citizens, members of ACT UP turned to strategies of mutual aid and direct action. I don’t think I need to spell out how the echoes of that moment continue to reverberate through this one (and anyway, Alexander Chee does a much better job of it than I could, in his recent piece for the New York Times), but suffice to say it makes a powerful argument against going quietly.

In the highest expression of Cancer, all things are done with love, and through love. It’s the strength of a mother’s love that gives her the power to lift a car off of her injured child, after all. That’s the kind of love that ACT UP had for themselves and their movement. As James Baldwin writes in The Fire Next Time,

I don’t know about you, but that’s the kind of love that I want to both celebrate and cultivate this Pride season.

How to Survive a Plague is available on iTunes, Sling TV, YouTube, and Amazon Prime. Honorable mention for honoring our freedom-fighting LGBTQIA+ elders and the power of their love this Pride season: Happy Birthday, Marsha! (2018) dir. Tourmaline and Sasha Wortzel, available on Vimeo and Amazon Prime. NOTE: France also helmed a documentary profile of Johnson (available on Netflix), but it’s alleged that his project wouldn’t exist without the scholarship, painstakingly assembled and digitized archives, and unpaid labor of the makers of Happy Birthday, Marsha! Plus: Tourmaline and Wortzel’s narrative short is, quite simply, a far more Cancerian piece of cinema.

Cinescopes 2020 — Leo: Five Films to Feed the Fire of Your Self-Expression - REDEFINE magazine

[…] to Leo season! Ruled by the Sun itself, Leo is fixed fire. If cardinal energy (like Cancer’s) is about initiation, fixed energy is about holding on, holding steady, and holding it down. If […]