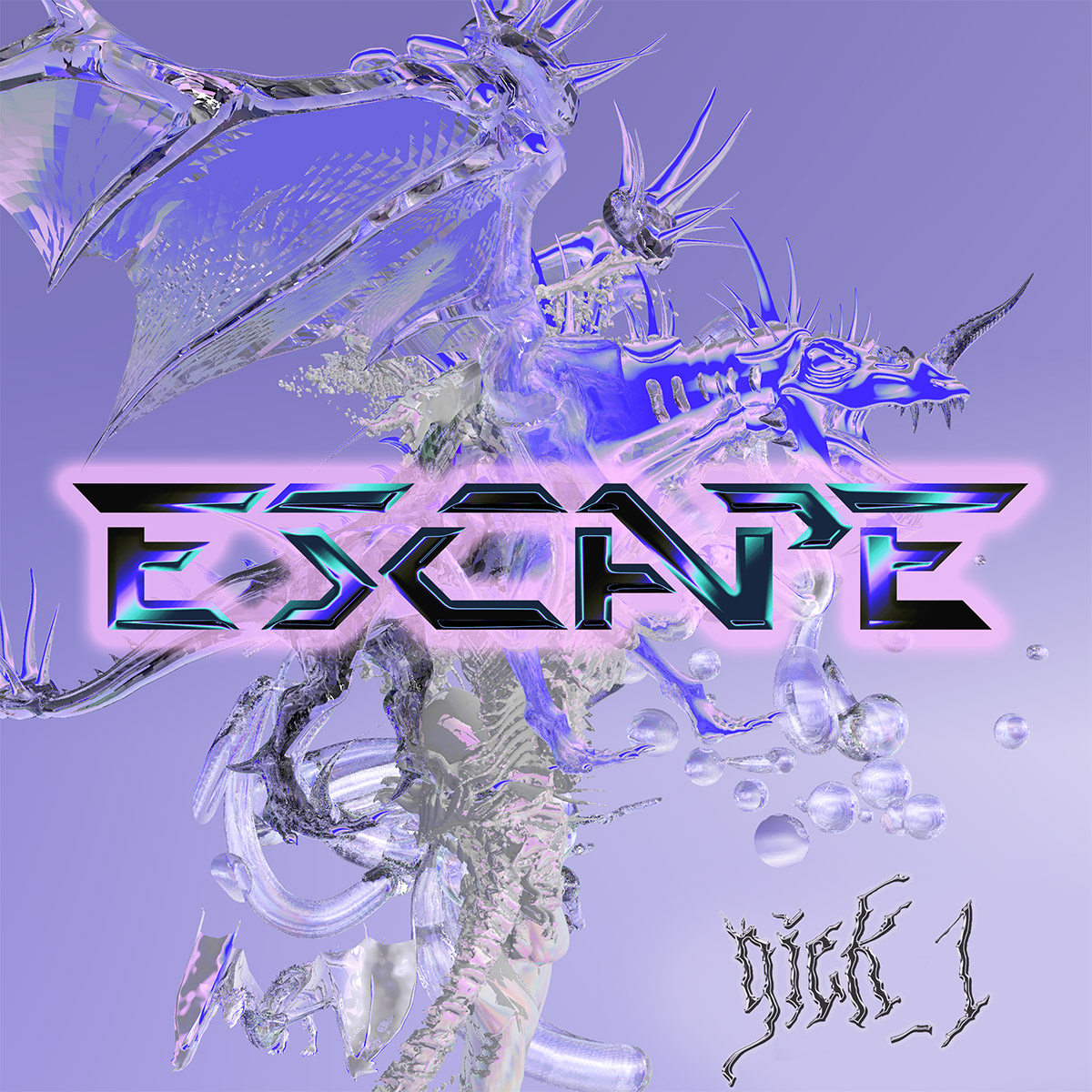 Catharsis — the expression and venting of powerfully felt emotions thru intense artistic practice — is the fundamental principle of great drama, and the focus of Giek_1’s EP, Escape. The titular escape resonates on many levels: the artist’s past escapism thru the use of hard drugs, her escape from a codependent and challenging relationship, and her escape from addiction and recent move towards a sober lifestyle.

Catharsis — the expression and venting of powerfully felt emotions through intense artistic practice — is the fundamental principle of great drama, and the focus of Giek_1’s EP, Escape. The titular escape resonates on many levels: the artist’s past escapism through the use of hard drugs, her escape from a codependent and challenging relationship, and her escape from addiction and recent move towards a sober lifestyle. But where many artists seek catharsis through noise and dissonance, Giek_1 seeks it through spirituality and ethereal, graceful textures. Producer Frenquency creates lush yet minimalistic backdrops for Giek_1’s songwriting, with airy and immersive synth textures expressing the varied stages in the personal journey charted across Escape‘s five tracks. The overall effect is melancholic and emotive yet restrained and elegant, providing themes that are both abstract and universal. The “you” referred to in these songs can represent both an ex-lover and a past way of life as Giek_1 speaks of personal conflicts. Similarly, the love expressed in the EP’s more uplifting and tender moments can refer just as much to a higher power – or the higher self- as to a romantic partner.

There is something incantative about the tone of Giek_1’s vocals, as if every word was a ceremonial benediction. Her hushed yet powerful singing, accompanied by floating and translucent production, bridges a gap between classic ’80s dream pop such as Cocteau Twins and modern R&B deconstructionists like FKA Twigs.

The lyrics of Escape chart a journey of personal transformation and hope in the midst of a crisis, confronting the alchemical task of refining one’s consciousness to a higher state through adversity. Opener “Hardest Storm” speaks to longing for and finding connection in a difficult time: “I can see and hear you in my hardest storm”. Giek_1 is questing for fulfillment, seeking to “see beyond the veil.” The track slowly builds with twinkling arpeggios and percussion evoking the more understated side of UK garage.

“Both Ways” confronts the emotional exhaustion of a relationship marred by constant arguments: “I can’t stand being in love, but also crying for us.” Giek_1 is blunt about the effect this has on her mental state: “The fights are becoming worse and worse/ We can’t control our words/ It fucking hurts.” And yet, the music is graceful as ever, with contemplative pianos and sighing synthesizers.

The spiritual aspirations expressed on Escape are not an exercise in abstract philosophizing, but rooted in a confrontation with the most difficult aspects of the self, both on one’s own and in relation to others. “I have held my own hell”, Giek_1 intones on “Closure”, speaking to her “not so free identity” on a quest of self-interrogation to find the root of her confinement.

Escape charts a course from dependency, both personal and chemical, to inner and outer freedom – not by fleeing from one’s problems, but by facing them with radical honesty. ABOUT: Stephanie Smit, professionally known as Giek_1, is an Amsterdam-based singer, songwriter, music producer, videomaker and dancer, who produces experimental (pop and club) music and videos with a wide range of influences which she started releasing in 2017. She is currently working to release 6 EPs and 15 videos, including a Virtual Reality experience and liveshow.