Vivian Hua 華婷婷7 min read2 months agoAdd comment
Share
FacebookTwitter
In an extensive tale of musical catharsis, Indonesian singer-songwriter GANGGA aka Gangga Kusuma, has collaborated with film director Ivan Saputra Alam of Athea Visuals on a four-part music video series designed to illustrate the ups and downs of a toxic relationship. Beginning with the album’s title track, “This Will Never End,” the series centers itself around recurring color accents of reds and greens, plus natural settings of water and fire. All symbols are tied elegantly into cycles of relationship turmoil — beautiful to simply behold, but embedded with meaning throughout.
This project comes from GANGGA’s debut album, It’s Never Easy out now on KSM Records. Below, both the musician and the music video director offer their insights on the cinematic world they’ve created together.

This music video is part of a series of works. How did you all decide to embark on such a large-scale project together, and how might you describe your collaborative relationship?

Ivan Saputra Alam (Director): It started when we were approached by KSM Records who offered us to work on GANGGA’s new songs. The songs are connected to one another and would make a very good sense if we created a series of music videos. So we met up and talked about this project, and it turns out our visions aligned with each other. GANGGA and his team gave us creative freedom on the story and the look we’re trying to achieve. I personally feel very happy and satisfied, not only about the results, but also from our communication with each other. I appreciate how they accept our idealism and experiments.

GANGGA (Musician): At first, I watched some music videos that Athea Visuals made, and I liked their visuals and storylines. Since then, I decided to start a collaboration with them by brainstorming and doing workshops together to make this MV series.

This music video series is about a toxic relationship; can you speak a bit to how you came up with the concept and why it felt that it needed to be presented over the course of four films?

Ivan Saputra Alam (Director): The idea behind the concept was actually derived from GANGGA’s songs and how he portrayed what he felt in his lyrics. I felt his unstable feelings throughout the album and his struggle to move on. His first song is titled “i don’t need u,” ironically paired with his last song, which is titled “i need u.” His unstable and confused self was painted all over the album. Therefore, I created a “looping” concept for the whole direction and visuals, portraying how GANGGA is stuck in a loop of bittersweet emotions. How they make each other very happy but at the same time hurting one another; how they break up but keep getting back together, over and over again.

GANGGA (Musician): These 4 [music videos] are about a toxic relationship because the story is based on my personal experience. So when I did the workshop with Athea Visuals and told my story, we listened to my songs together; Ivan, as the director, told me what he thought, and I told [him] what I thought, and we decided to raise this theme so I feel like making this music videos is like telling my life experience to the audiences. 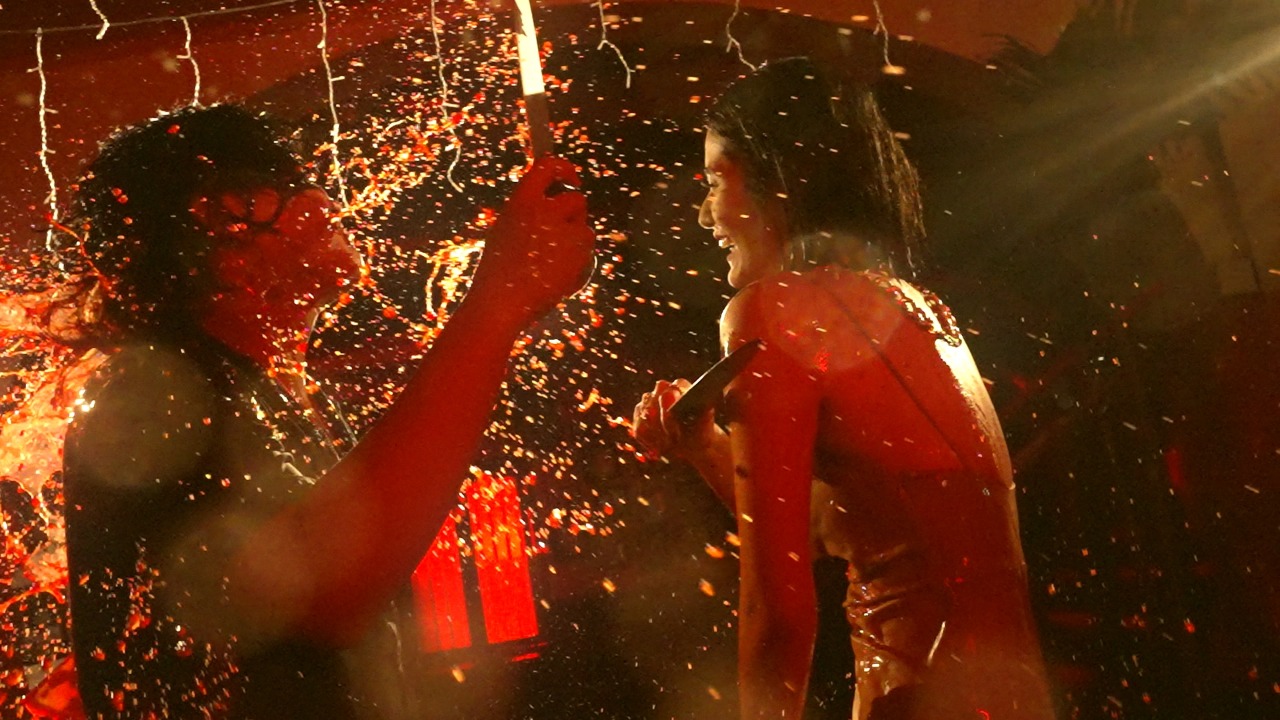 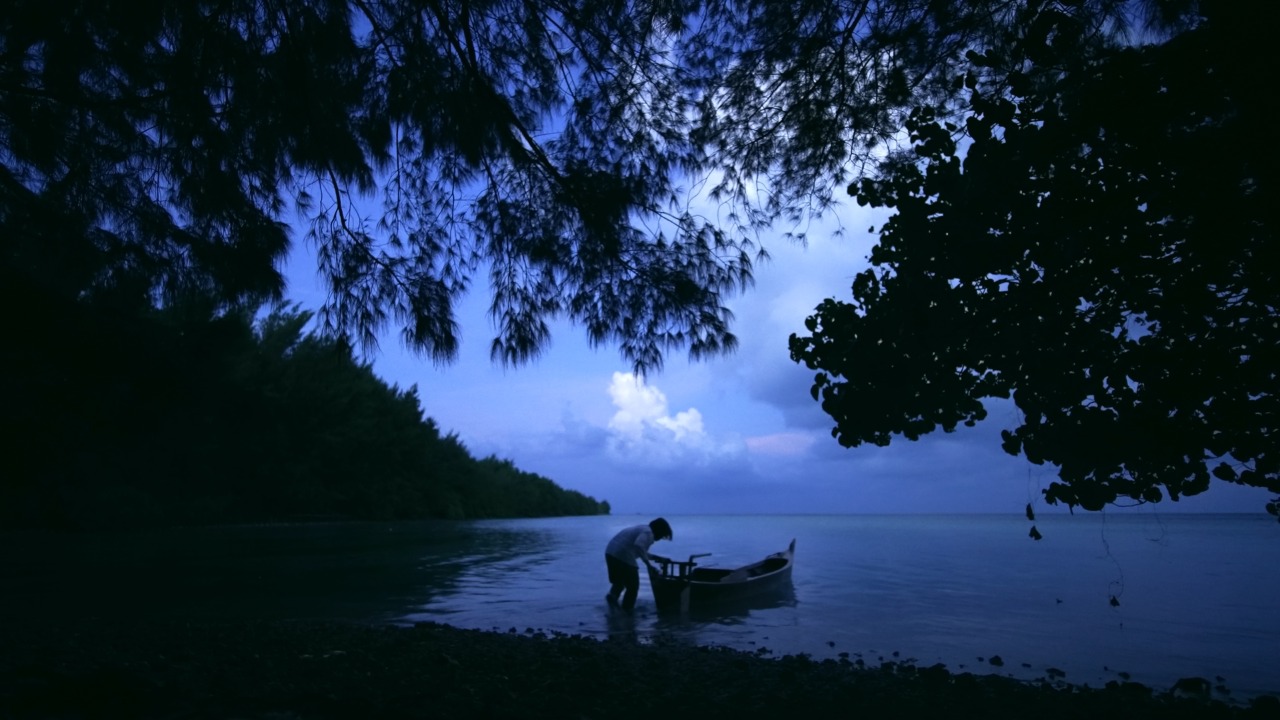 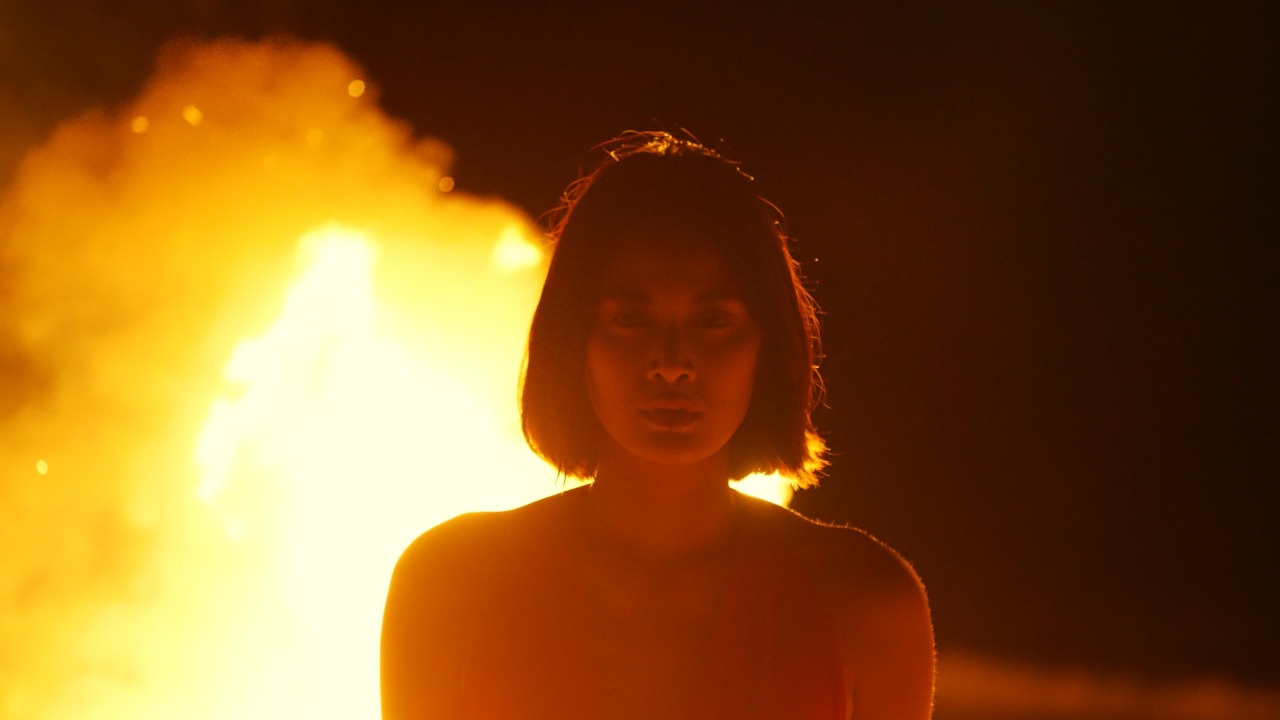 It’s a beautifully shot series with wonderful settings and cinematography. Can you tell us a bit about the technical aspects of the shoot? How long it took, what equipment you shot on, etc.

Ivan Saputra Alam (Director): The pre-production took quite long — maybe about 3 months. We got delayed because of the quarantine in Indonesia. We visited the locations a few weeks before production; there, we determined the sets, framings, and time of day. Afterwards, we made a detailed breakdown from the cinematography, production, production design, etc. The shooting took about 4 days; 1 day on Jakarta, 3 days on Pulau Seribu.

Nature seems to play a huge role in this piece. Why and how do you feel that furthers the sentiment of the music?

Ivan Saputra Alam (Director): When I first heard GANGGA’s music, it resonated a lot with the loneliness of the sea — drifting and drowning away in a sea of confusion. Like I said before, water and fire have contradicting characteristics, aligned with GANGGA’s music and feelings.

GANGGA (Musician): For me, nature makes us want to be free, calm, and peaceful in loneliness. That’s why we decided to apply this concept in the music videos.

What are some important symbols presented within the music video series, and why are they chosen, including the use of red as a color?

Ivan Saputra Alam (Director): The symbols included a boat, fire, water, a bouquet of flowers, a fish, and a whiskey bottle. Fire and water have contradicting characteristics; fire and water can bring life to people at the same time bring destruction. The use of the red color is to tell the audience to beware of the character or the scene, to not trust the character or the scene fully.

GANGGA (Musician): As for the color, because my album color direction is green and red, we decided to stick with those colors. For me, red describes love and pain and green describes a sense of calm. So those are the two right combinations, in my opinion. 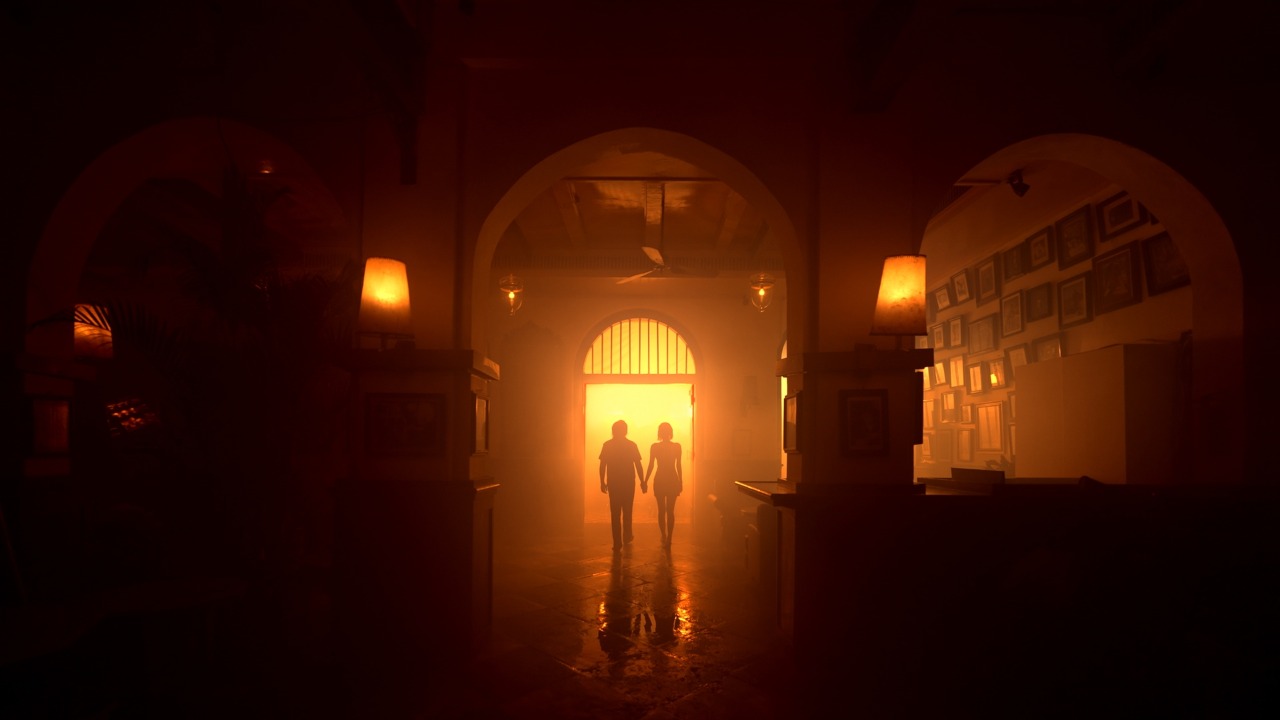 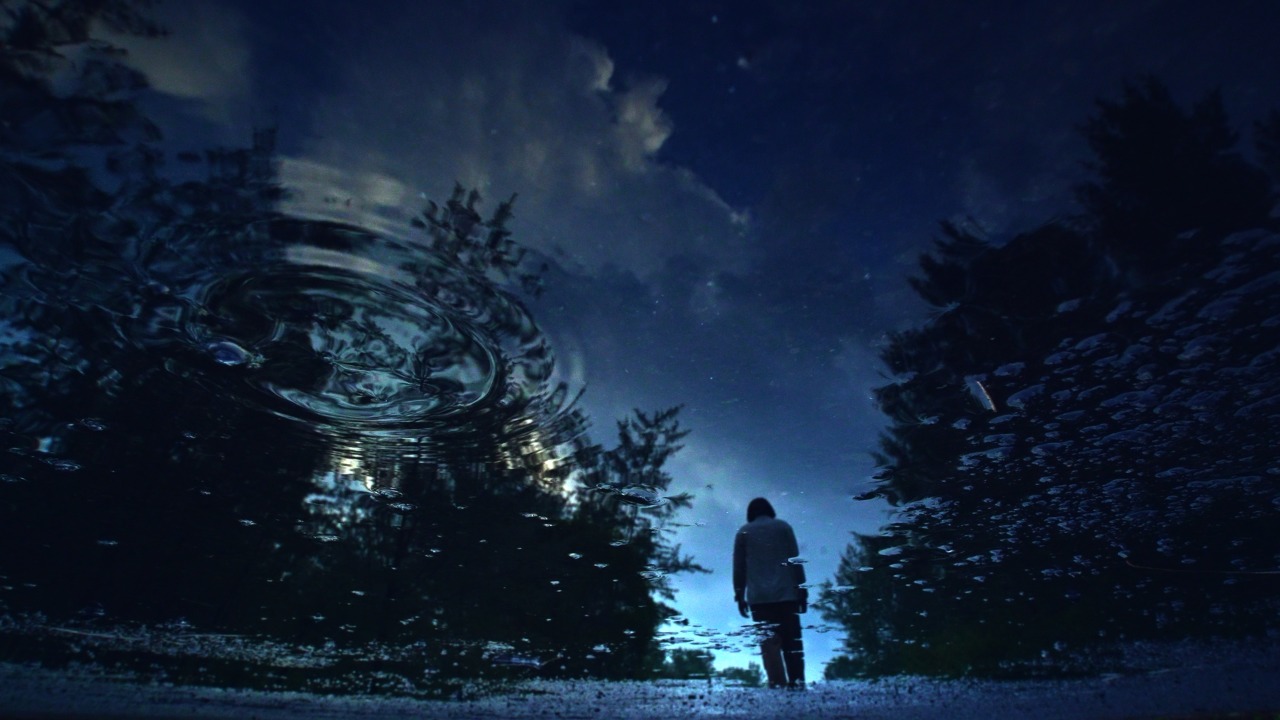 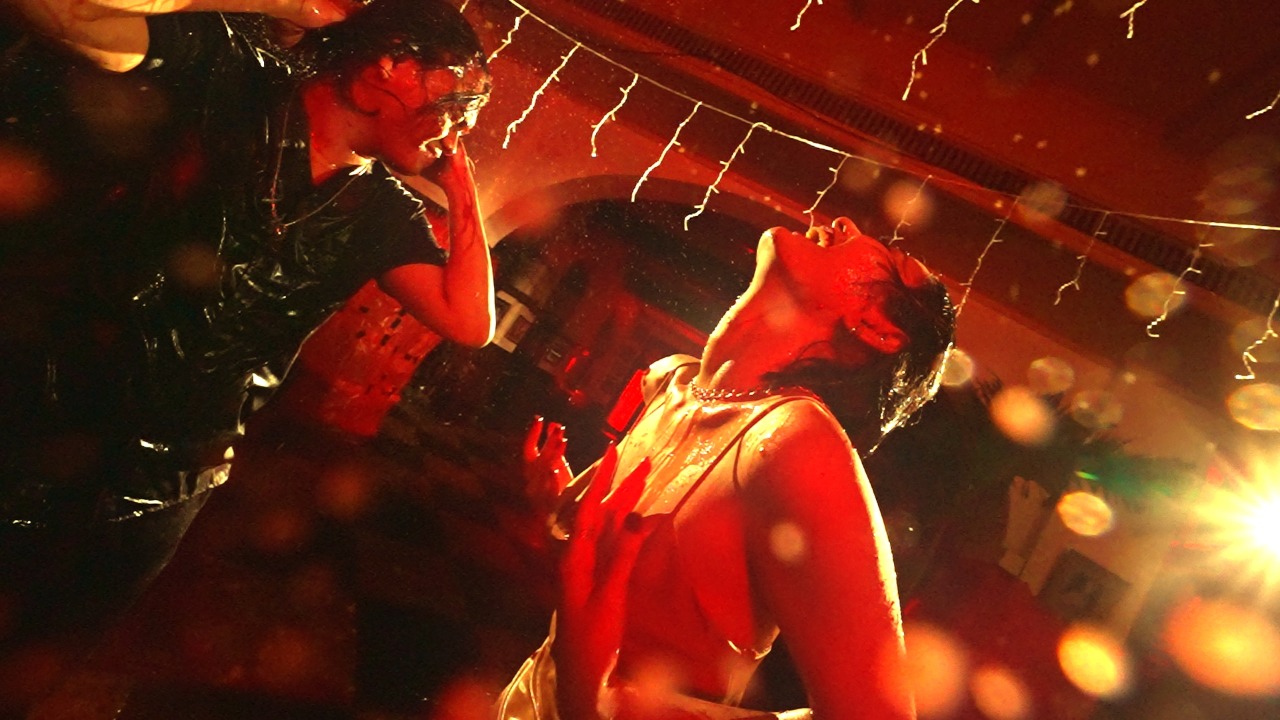 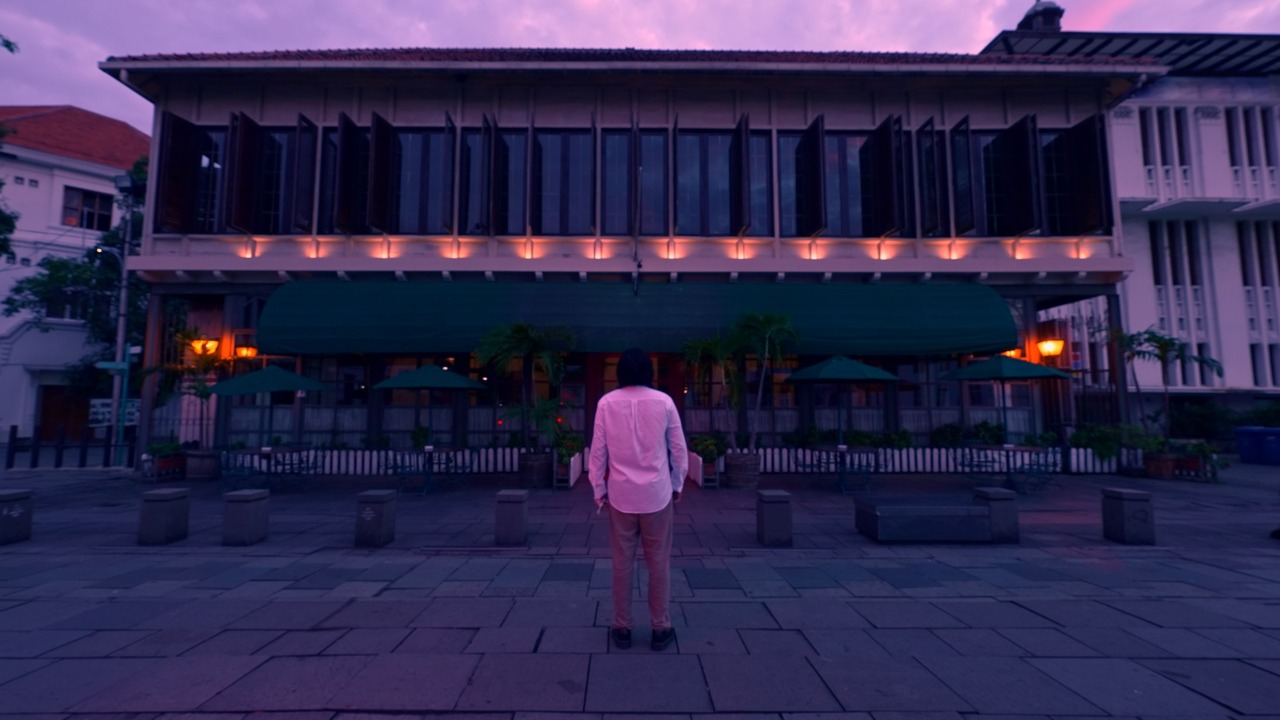 If the series is about confession, acceptance, and closure, how did you feel emotionally after the music was created? How about after the music video series was completed?

Ivan Saputra Alam (Director): I felt that the concept of toxicity is rooted from our expectations. Because of the expectations we set, we can be the angriest with the person we love the most.

GANGGA (Musician): I feel relieved after making the album, because I can finally feel that I’m starting to accept things and make peace with myself. Making this album is the right decision for me to let go of all the feelings that I have. After making the album and the music videos, I feel very satisfied and relieved because I can tell my story to other people via my songs and my music videos. I also finally understand that a song — in this, case songs in my album — can really give a positive impact to myself in my own personal life.

Are there any more collaborations or music videos to come?
Ivan Saputra Alam (Director): There is. We will collaborate with a well-known band in Indonesia; it’s really an exciting project because of the creative freedom.

GANGGA (Musician): There will be, but for now I’m trying to find the right songs to collaborate with the right person, and make sure that we will make songs that we both like, so just wait for my collaborations.

Is there anything else you would like to add? Any interesting anecdotes or tidbits? (I’m sure you have many!)

Ivan Saputra Alam (Director) & GANGGA (Musician): I would like to share about the moment where we shot on the boat in the middle of an island, on the ground. Right before the last scene, suddenly, we heard a sharp loud thunder. The skies turned grey almost immediately, only over the course of 5 minutes. We panicked, and I remembered one of our crew shouted, “Will there be a tsunami?” Everyone ran to find shelter and forgot to carry the boat sitting there in the middle of the rain. We rushed back again altogether, men or women, all struggling to lift the boat while the rain poured hard. This one is definitely one of the fun moments from the shooting.

“Waiting for You” Music Video

Written by Vivian Hua 華婷婷
Add comment
Sad China – ilyimy Album Review: A Reflection on Heartbreak & Healing
Nite Jewel Interview: When There is No Sun, One Can Still Find the Light
wpDiscuz
0
0
Would love your thoughts, please comment.x
()
x
| Reply