Jackie Moffitt5 min read6 months agoAdd comment
Autism representations in the media have had a troubled history. Very few films and television series claiming to depict the lives of autistic people have had any input from the autistic community. Characters on the spectrum are often slotted into the same handful of limited roles — the troubled little boy, the “idiot savant,” the cold and calculating mastermind — and are rarely played by actual autistics. A 2022 series on Amazon Prime Video, titled As We See It, aims to address these concerns with a cast featuring autistic actors portraying autistic characters. The results are very engaging and sincere — and at many points, deeply flawed.

As We See It chronicles the day-to-day lives of three autistic adults in their mid-20s who share an apartment with a live-in aide named Mandy (Sosie Bacon). We meet Jack (Rick Glassman), a sharp-minded young man with an often critical and severe demeanor, Harrison (Albert Rutecki), a good-natured, heavy-set guy who struggles to go outside, and Violet (Sue Ann Pien), a feisty and volatile 26-year-old woman who is obsessively looking to date.
The focus on autistic characters in their mid-20s is a refreshing break from the common image of autism that only focuses on how autism manifests in children. Additionally, in depicting three adults living with a caretaker in a non-judgmental way, As We See It makes a genuine effort to fight against the stigma of adults who don’t live independently, even while depicting some of the stress that can come with disclosing a living situation like that. 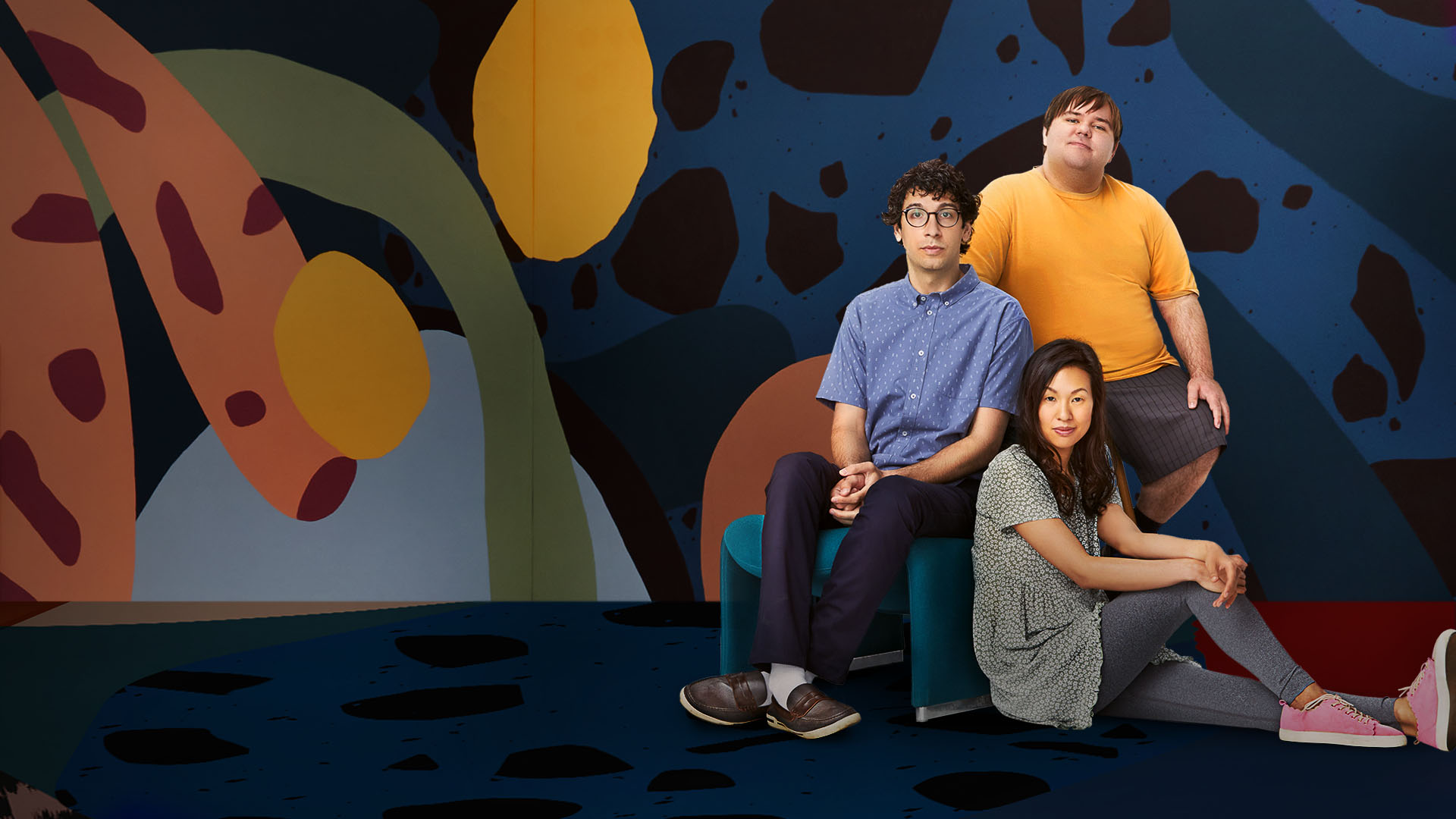 Harrison is the first of our autistic protagonists we see, and in some ways, he is the one who struggles with the most anxieties; he has difficulties going to a cafe or a grocery store due to his sensory issues. As We See It does a good job of illustrating how painful sounds such as leaf blowers and motorcycles can be for people on the spectrum and shows viewers the importance of sensory accommodations.

When viewers first meet Jack, he comes across as somewhat of a stereotype — the brilliant, arrogant computer programmer who gets laid off from his job for saying that his boss has “inferior intelligence.” However, he becomes more nuanced as the series progresses, demonstrated mainly by his complex and caring relationship with his father.

Jack contrasts sharply with Violet, who works at an Arby’s and is very talkative and effusive — sometimes far too much so for the day-to-day social situations she finds herself in. She’s the most emotional and chaotic of the trio, with her brother often reluctantly showing up to bail her out of situations where she gets in over her head.

When the characters are first introduced, they are almost always in conflict with each other. In real life, autistic people often find it easier to socialize with other autistics, but in As We See It, the leads mostly seem to be irritated by each others’ habits and challenges. It is only in later episodes that they are found displaying an actual bond with one another, mostly corresponding to the parallel hardships they face later in the season. This certainly makes for more drama, but it can be a bit grating at times and somewhat plays into the image of autism as a simple lack of emotional skills rather than having a different set of social needs and expectations from neurotypicals that is equally real.

As We See It does right in employing autistic actors and is unafraid to show autistic people living messy and complicated lives. However, in spite of its good faith attempts at representation, it downplays some important aspects of the autistic experience and still perpetuates a deficiency model of disability in many of its narrative choices.

One frustrating aspect of the series is multiple characters’ desire to be “normal,” and how this is portrayed. It is true that many autistic people mask their autistic traits due to external pressure and often internalize narratives that they are lesser. However, the series neither critically examines the origin of these beliefs or their consequences, nor does it do much to show the flip side of autistic characters learning to be proud of their differences or identities.

In fact, in As We See It, it is mainly the neurotypicals who show up to deliver pro-neurodiversity messages which the autistic characters often reject. In one scene, Jack’s date reassures him that he’s “unique” and he says he doesn’t want to be unique; he wants to be normal. Make no mistake: this is a conscious narrative choice that erases the many real-world autistic people who have been fighting for decades against the image of autism as a disease to be cured.

This assimilationist narrative can perhaps be chalked up to neurotypical showrunner Jason Katims consulting with Autism Speaks when creating the show, a neurotypical-run nonprofit that is infamous within the autistic community for portraying autistic lives as broken, tragic and in need of a “cure” to make them neurotypical.

As We See It makes an effort to show some diversity in its portrayal of autistics of different genders, body types and races. It also makes the bold and quite refreshing decision to really explore autistic adults having sexual desires and talking about sex in a blunt way. However, the series thus far is completely lacking in queer representation, despite the fact that autistic people identify as queer (particularly as transgender or nonbinary) at much higher rates than neurotypicals. In an era where series like Euphoria (2019-) are pushing queer and trans representation forward, the lack of acknowledgment for this community which overlaps so heavily with autism feels glaring.

As We See It also does not really explore the special interests its lead characters have, despite obsessive focus and love for particular topics being a signature trait of the autistic mind. While the characters are shown having areas they are knowledgeable about — such as Jack’s programming skills or Harrison knowing many facts about the American Revolution — it is rare that we get glimpses of their interior world that are not defined by their relations with family members and romantic partners.

As We See It makes for an engaging and well-acted drama, but at times, it is more well-meaning than well-executed. As We See It heavily showcases the talents of autistic actors and writers, but it is somewhat constrained by the decisions of its abled showrunner and the nonprofit-industrial complex.