Vee Hua 華婷婷8 min read3 weeks agoAdd comment
Drawing upon a musical practice that is deeply rooted in her sense of embodiment and spiritual understanding of the world, Japanese vocal musician Hatis Noit ハチスノイト uses voice as her primary instrument. Her latest record, Aura, was released in summer 2022 on Erased Tapes; it features eight tracks of otherworldly ambiance that intentionally transcends time, while offering sonic space for healing.

Many anecdotes that Hatis Noit shares about her artistic practice are so hyper-connected to the terrestrial that they begin to take on otherworldly dimensions. The name Hatis Noit, for instance, is taken from Japanese folklore and translates to “stem of a lotus flower.” With the lotus symbolizing the living world and the root symbolizing the spiritual realm, Hatis Noit, through her music, becomes the the conduit which connects the two.

“When we listen to music, we can connect to the other world, which sometimes could be a memory from the past… a future world or anywhere else…” she muses. “When I found this word, I thought it was a perfect name for music to me.”

This ability to transcend the moment can also be found in her ability to visit altered states. In a sense, meditation plays a role in her work; Hatis Noit practices hypnotherapy and frequently engages in the act of self-hypnosis as her mode of meditation. This practice plays an instrumental role in connecting her to natural elements, like soil, water, trees, leaves, birds, animals, and winds.

“When I meditate, I feel like I’m connecting to those existences on this planet, and even though I don’t use words to communicate with them, I still feel like [I am] having conversation with those elements,” Hatis Noit explains. “That’s one of the biggest inspirations.”

The sentiment may feel abstract, but one need only look to the auspicious origins of her musical journey for understanding. Hatis Noit — who hails from Hokkaido in northern Japan but now resides in the United Kingdom — was sixteen when she took a trek to Buddha’s birthplace in Nepal. According to the press release for Aura, “One morning, when staying at a women’s temple, she came across a female monk singing Buddhist chants whose otherworldly sounds moved her so intensely that she was instantly aware of the visceral power of the human voice; a primal and instinctive instrument that connects us to the very essence of humanity, nature, and our universe. From that moment, she knew singing was her calling.”

Hatis Noit reveals that when she was young, she began her career as a vocalist by playing in a band, and was primarily focused on hitting the right notes or achieving technical goals. Since she has begun her solo career at Hatis Noit, however, her goals have changed; she has discovered that singing is a tool for her to connect more deeply with herself.

By tuning into herself, Hatis Noit found that the body holds its own wisdom and memories.

“[My] body remembered so many things… I remember stuff through my body…” she shares. “Hardness, softness, anything like that. Through that, I remember the emotion — how I felt the emotion by the body. More and more, since I started this solo project using voice, I have become more like this.”

Throughout Aura, Hatis Noit relies solely on her voice, with the exception of “Inori,” the second to last track on the record. Sometime after 2011’s Fukushima nuclear plant disaster, she was to perform at a ceremony which celebrated the re-opening of the area. The ceremony acknowledged those who were killed in the disaster and invited prayers for the victims. From the beginning, Hatis Noit was sure that “Inori” would incorporate a field recording from the site.

“The [original] concept was, of course, to question this nuclear power plant and the danger of it. We cannot really control this technology yet, so [I thought] to question [it] and [why we] have those technologies in such a place as the people’s village,” she recalls.

But when Hatis Noit arrived in Fukushima, she felt compelled to change her original plan. She was shocked that the local residents of Fukushima wanted to return to their home — and was even embarrassed by her lack of understanding regarding their needs and wants.

“Inori” became a song less focused on disaster and more on the survivors of Fukushima. Hatis Noit hoped it would inspire laughter, invite nostalgia, spark compassion, or help residents through their sense of loss.

“The concept completely changed after I visited them for me,” she says.

While “Inori” began with a field recording and conceptual backdrop of nuclear catastrophe, Hatis Noit usually begins her songwriting process with a short melody or harmony. Because she sings with her own voice and doesn’t play any instruments, she primarily uses a looper and frequently improvises. Often, this is onstage during live performances, when her compositions are still half-composed and half-improvised.

“To me, performance is so important to making songs, because in the early phase, I still probably feel a bit shy or awkward to the song… I [understand maybe half of] what this song is telling [me] — what this song wants to deliver to people,” Hatis Noit shares. “By having the performance… and an actual audience in a physical place, it makes the song develop even further, and at some point, I feel a real connection to each song.”

“The sign is… a strong emotional connection,” she continues. “When I feel it, I get really emotional when I sing. I can’t really describe what the emotion is, but it’s a very complex, rich emotion, from my memory — or again, memory through my body, or something like that. When I feel a deep connection to it, I think it will be the sign that, ‘Okay, the composition for this song is done, and I can bring it to the recording studio.'”

The embodied experience directs much of Hatis Noit’s work, and some tracks can serve as tools to conjure emotions or revitalize the spirit. Although the album was recorded in Berlin before the pandemic, songs like “Jomon,” named after a prehistoric period in Japan, were completed during the COVID-19 lockdowns in London — a time when Hatis Noit “really struggled.”

“I felt a bit dried out, [without] any inspiration, but… when I sung this song in the tiny studio, I felt like, ‘Yes, this is the thing. This is the energy I want to get back,'” she recalls. “At the moment, this society seemed completely dead, and dried out, in terms of our energy as a creature. The primal energy of us — it seems like [something] we all miss during the lockdown.”

For Hatis Noit, “Jomon” is a song that celebrates the strong, primal energy of living; a vibrant force from a time in prehistoric Japan, before the modern world developed. Her voice becomes a powerful percussive instrument that underscores the track, taking on a tone that may be interpreted as simultaneously somber and energizing. Perhaps it is this complexity of emotions that Hatis Noit’s work inspires — as inspiration flows from the movements of nature and the outside world, through her as a lotus root conduit, and out into the ears of her global listeners.

“Music can provide space to people who listen to it, and I personally believe when we have a safe place to hear [ourselves] deeply, we can be more kind and more compassionate to others…” Hatis Noit shares.

Though she has no expectations for the exact emotions that listeners feel through her music, she very much believes that deep listening to music can offer a safe space for deep healing.

“Music is the thing which can provide that kind of space for listeners, so if I can provide that to listeners, I would be more than happy, and I would feel very proud,” she gushes. She laughs as she says this — with the glee of an artist who knows the power of the music upon one’s mental, physical, and spiritual state — whether for herself or for others. 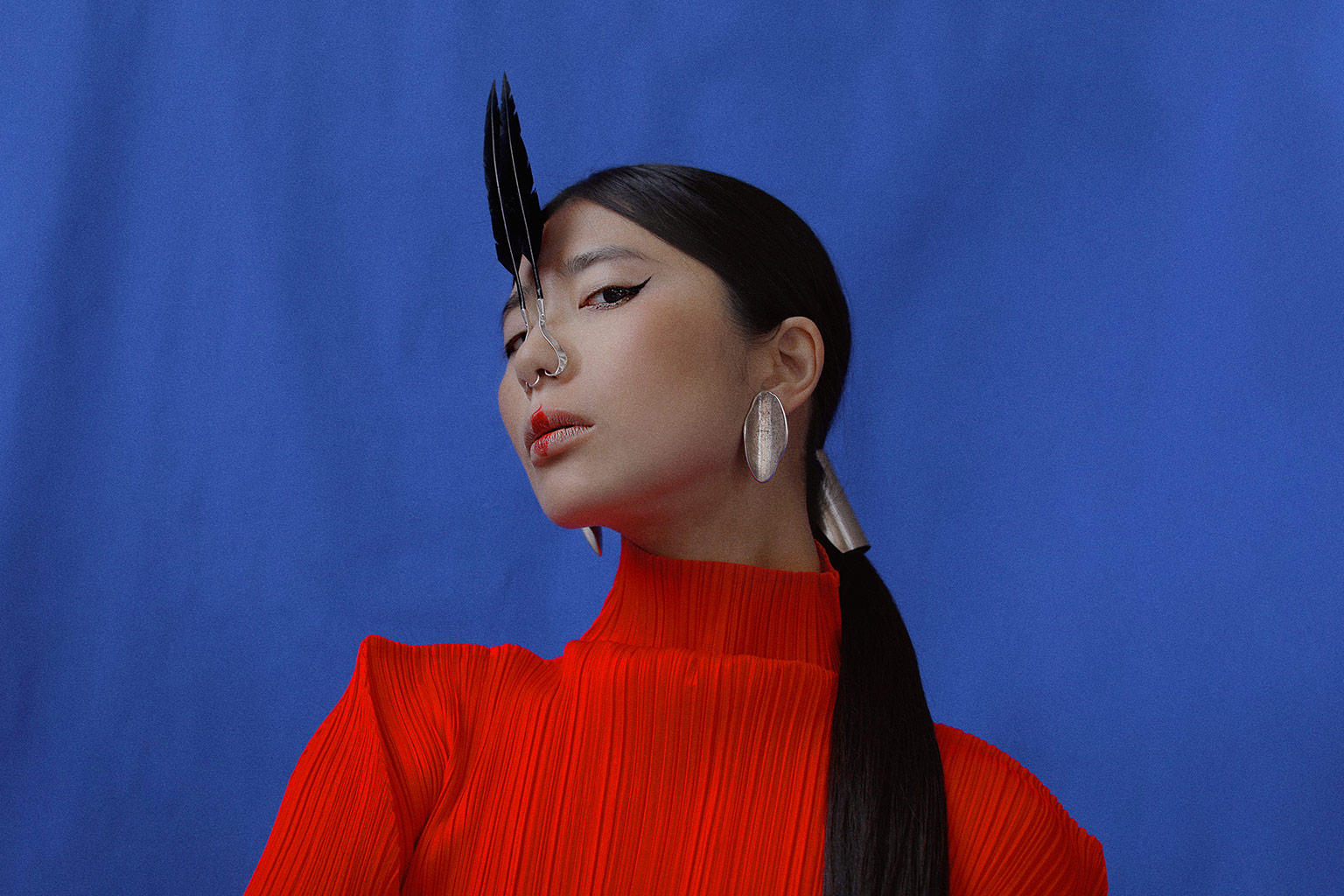