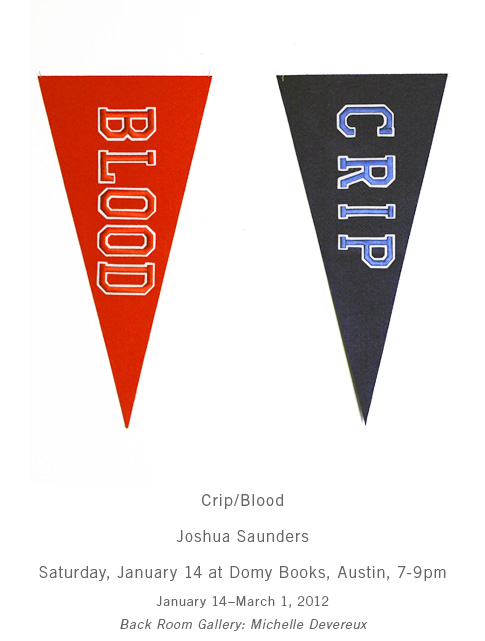 Joshua Saunders finds irony in the most unlikely of things. I don't know what else this particular show now taking place at Domy Books in Austin entails, but this image alone is just really, really, really funny to me. Showing in the back room, Michelle Devereux is similarly doing a love-it... 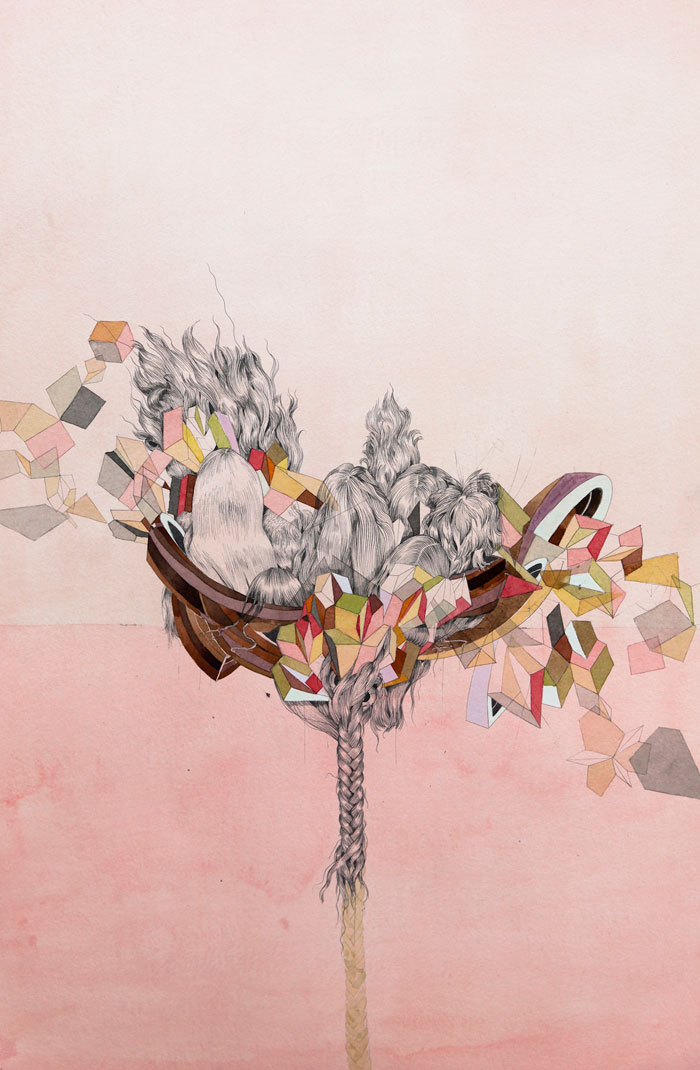 Perhaps more so than the general populace, artists are able to find beauty and inspiration in the chaos of entropy. Gala Bent is a Seattle artist who uses gouache and graphite to explore the gracefully inevitable failure of enforced order. Bent's compositions play with the tension between clearly delineated geometric abstraction and sinuously free form pattern fields. Her visual images are so direct that it's possible to read them on a visceral level while entirely missing the wellspring of references that rest beneath the surface of her meticulously rendered drawings. But it would be doing Bent an enormous injustice to not look deeper. 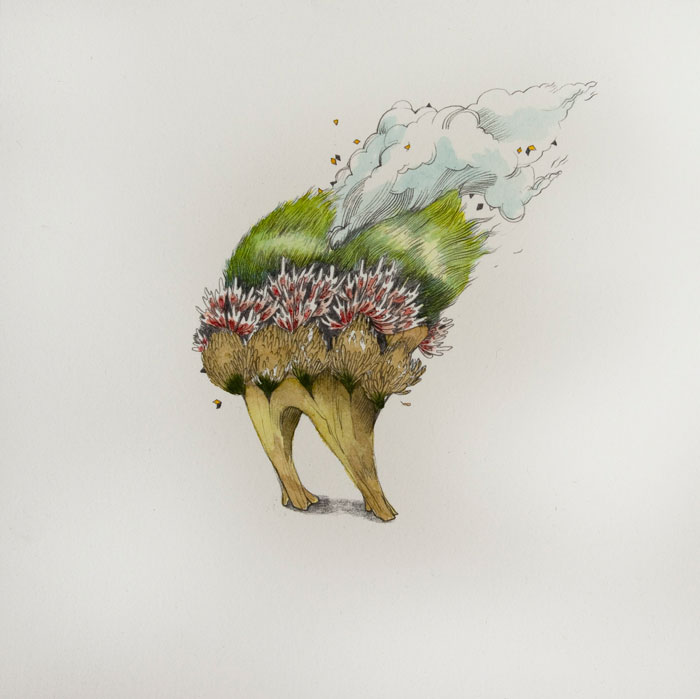 There is a deceptive simplicity to Bent's drawings, and at first glance, their sense of whimsy overshadows their underbelly of methodical research. Bent thinks very deliberately about her place in the world, and this sense of inquiry carries over in a very literal way to the precision of her compositions. "I like things that I respond to in a physical, aesthetic way," she explains to me. "But as a person, I just really love to dig and dig and dig... I like it when there's a whole series of layers underneath." After a brief miscommunication over directions that leads to a rather informative exploratory bicycle mission of the alleyways around Qwest Field, we meet in the high-ceilinged Pioneer Square studio that Bent shares with her husband, fellow artist Zack Bent. Bent and her husband create in different mediums, but she explains that they work together in that they are one another's biggest critic and advocate, and that their strengths and weaknesses are staggered in complimentary ways. The artist couple has three young sons, so their lives involve a great deal of juggling between creative and family lives. Their paintings and sculptures stand in easy dialogue on separate ends of the room. "We are both concerned with the architectural," she tells me, gesturing towards the stacks of life-sized Lincoln Logs that rest on Zack's side of the studio. Bent's compositions tend to focus on the interplay between angular and organic forms. Her drawings at times resemble tornadoes – densely clustered masses of line and plane that gradually open into light colored washes or entirely empty space. "I very much idealize geometric abstraction," Bent tells me, adding that her appreciation of the geometric has deepened over the years until she has come to see it as almost "a romantic ideal." She sees the "furry" portions of her works as representing the more human, realistic side of life, the "faltering part... where everything cracks or falls apart." Bent describes this idea in greater detail on her blog, writing that she is "fascinated by the idealistic glory of the philosophy of architecture, especially when it is brought into real space and has to sustain itself against the degrading process of time and use. The most fancy buildings still leak and peel. People still have to deposit their raw sewage inside them, and weather delivers continual erosion to their shells." ARTICLE CONTINUED BELOW 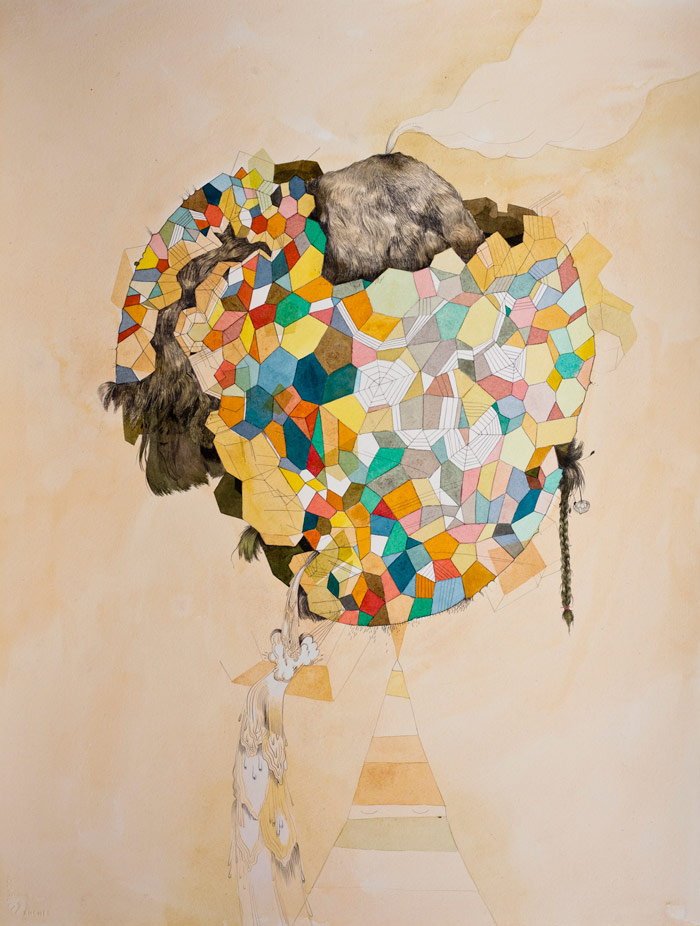 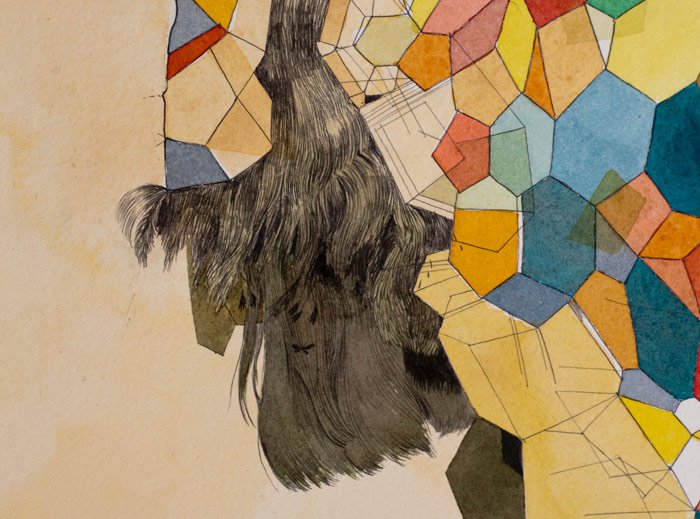 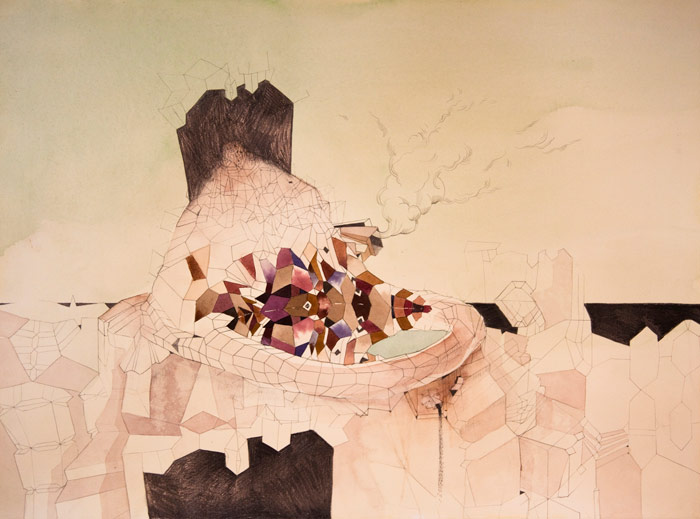 Rena Littleson Draws Herself In Black And White Detail.

Australian artist Rena Littleson's latest self-portrait series puts her in situations and postures occupied by the self-conscious, the martyred, the shamed, the belligerent, and the confused. It's not stated overtly whether these images are actually a reflection of her mind-state at any given time or not, but the drawings, though... 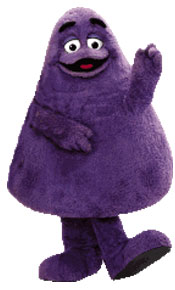 Black And White Has Never Looked So Good, With Ingo Giezendanner

[ABOVE] Nieves' logo, which looks a little bit like McDonald's Grimace -- only much more well-read... 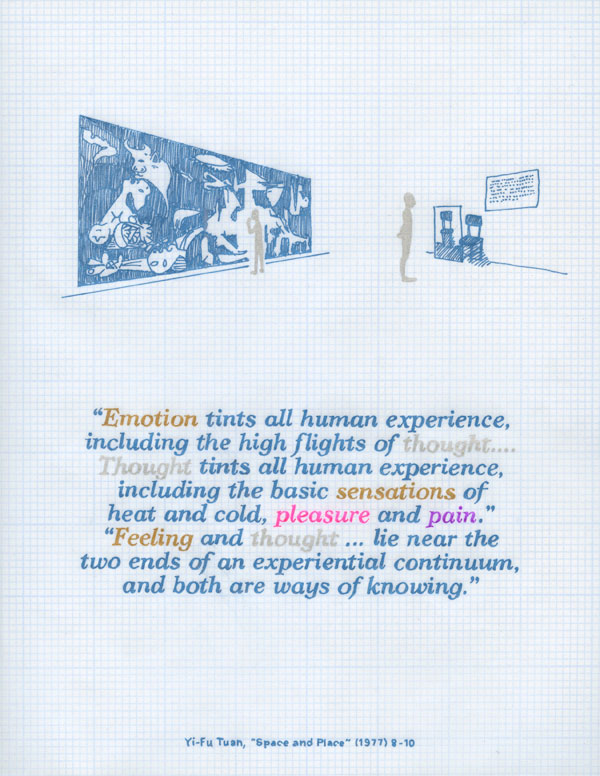 The SF Moma blog has taken to publishing a series of Positive Signs, which is described as, "a weekly series of interpretive diagrams, quotes, and speculations on creativity, optimism*, and the lives of artists, published every Wednesday through June. (*Notwithstanding brief forays into the nature of space, stuff, experience, and... 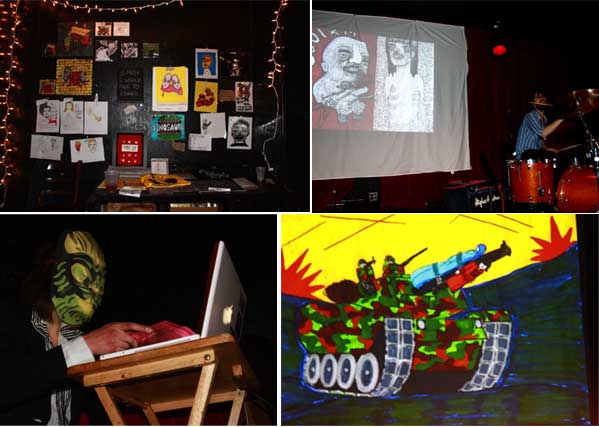 "I’ve always wished that art could attract the same kind of crowd and procure the same sort of enthusiasm [as punk rock basement shows], so we birthed DoodleDrag." -- Marissa P...

Just wanted to share this small documentary by LNY, which takes video of everyday life in Cuenca, Ecuador, and what it looks like interspersed with images of LNY's work. It shows, in a quite literal fashion, the figures and events which helped inspire his not-as-literal street art pieces. New color...

To go along with Screaming Females' community-based concept, DoodleDrag is this DIY animated film for "Wild." Black-and-white drawings provide the backdrop as a kooky photography-based figure, reminiscent of Bert from Sesame Street joining faces with Homer Simpson, takes center stage. Artwork and animation by Tiffany Cheng and Michael Topley. ...

Mania and energy are as apparent in the man as in his work. As we sit and shout over espresso beans being ground, Eatcho sips his drink and tells me that one reason that he's able to work intensely is that he's an insomniac, averaging just four or five hours of sleep a night. This also means that, while the bedroom studio setup is constricting to a lot of artists, he prefers it. "When I get up, it's good to have my work right there," he explains. "I mean, I have that thing where I'm constantly running upstairs to put my ideas down."
Share on:

My Eyes Are Tingling.

Los Angeles artist, Joseph Powers Bowman, submitted some pieces to us which are making me eyeballs tingle! Bowman crafts them slightly like one might create a tessellation, which contributes to their wildly disorienting qualities. All of these pieces below begin with simple freehand line drawings, which are then photocopied, cut...