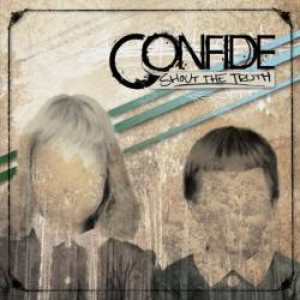 I will be perfectly honest and admit to falling into quick judgment before really giving a go at this band. Confide have been one of those groups of guys that I have heard about here and there, but I never really paid close attention to...

This year was the first year that any Redefine staff members have managed to make it down to SxSW in Austin. We didn't know what to expect since SxSW's reputation proceeds it. Although slightly daunting and involving way too much standing around, SxSW is one amazing event. Some people are mistaken in thinking that SxSW is yet another cramped, sweaty festival in which people are herded around like derelict cattle. It is much, much more than that. SxSW is a non-stop music party in the city of Austin. Every venue in town -- including bars and churches that are not usually venues -- begin churning out bands from noon to early the next morning. People from all over the country and world come to Austin in mid-March to experience all of the musical delights -- free and paid -- that SxSW has to offer. Because of diverse booking, music lovers can see anyone as laughable as Bo Bice or Hanson to anyone as underground as that shitty nobody who plays at your local coffee shop. SxSW is, in many ways, an independent music lover's dream, as there were very few major label artists being represented. And did I mention the free food? Oh yes, there was a lot of free food and schwag as well. This year, we went from late Thursday, March 13th to early Sunday, March 16th. Because of the sheer number of bands at SxSW, the long lines during the nighttime shows, and the cruelty of Father Time, we obviously didn't see every band. Nonetheless, here are my five favorite acts from SxSW, in no particular order, along with a couple notable mentions.