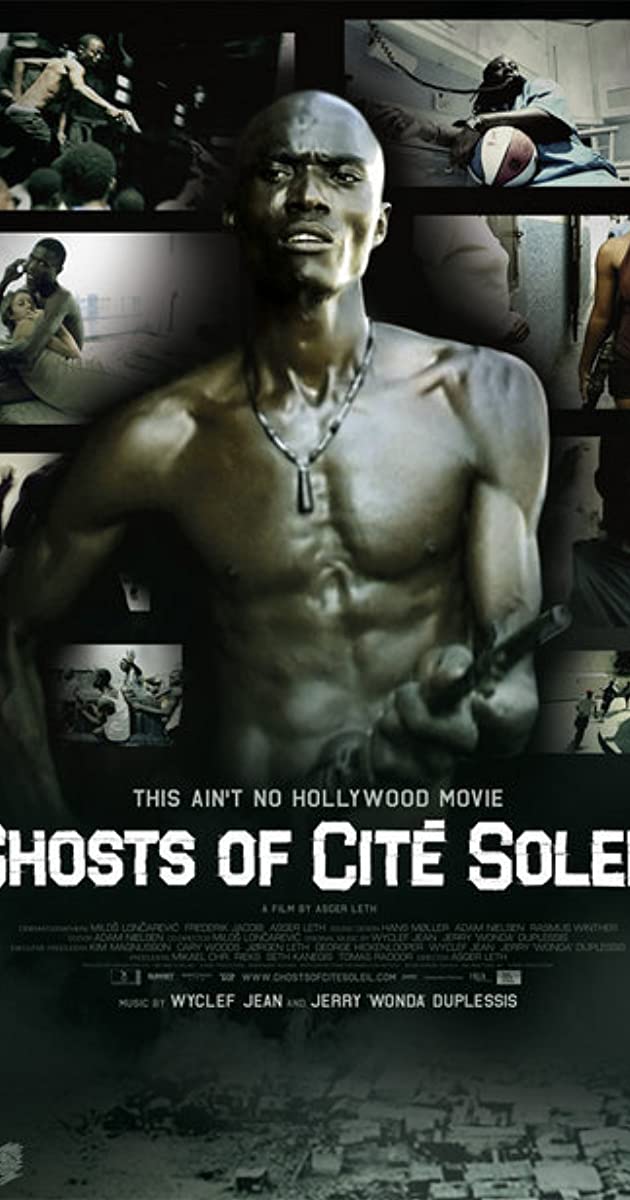 Most of us have heard about the political turmoil in Haiti, but news reports are always very disconnected from reality. They are incapable of ushering forth a realistic view of the people they talk about, for there just isn’t enough time to get to know everyone personally.

Haiti’s chimére, loosely is translated as “ghosts,” were put into rule during the presidency of Jean-Bertrand Aristide, who utilized them as a secret army to crush opposing parties and demonstrators. A documentary that at times seems to real to be a real documentary, Ghosts Of Cité Soleil is a remarkable look into the daily lives of two chimére leaders who were brothers — 2pac and Bily. Cité Soleil is a slum that was known by the UN to be the “most dangerous place on Earth,” and it is remarkable that this rundown slum is only a two hour flight away from Miami.

Ghosts Of Cité Soleil switches between news clips and documentary footage, capturing the micro and macro of 2pac and Bily’s lives. One sees how they deal with losing electricity, taking showers, visiting to the hospital, raising families, and the whole shebang. The film has guts; it goes places where few films dare to go. At certain points in the movie, you legitimately fear that the cameraman will get shot.

Much of the criticism against this movie is that it is biased and untruthful. I wish that I could comment on this point, but I’m not as brushed up on as I can be on Haitian politics. What strikes me personally as most interesting, however, is not the political situation, but the inner turmoil Bily and 2pac experience. One fine example is when 2pac states that, “all we need is peace,” yet later goes on to say that, “there will never be peace.” Viewers also see the pervasiveness of American hip-hop in the lives of the Haitian leaders, who rap incessantly, aspire to be rappers, and even name themselves accordingly. Wyclef Jean even makes an appearance, although in all honesty, his appearance seems too staged to make any impact on the movie at all. If anything, Wyclef’s appearance influences the film negatively.

What Cité Soleil should be praised for is not its political message, since all politically-oriented documentaries can be fuzzy and one-sided. It should be praised for showing us moments that we would never see otherwise in the lives of chimére leaders; what cannot be faked are the real testimonies and reactions of gang leaders who are capable of killing at the drop of a dime but on the flipside, love their families and yearn for safety.

By the time the film ends, it leaves many unanswered questions, but the important part is that it makes you want to find out more about Haiti. Form your own opinions on the politics behind this film, but don’t overlook the fact that the situation in Haiti is a bleak one.