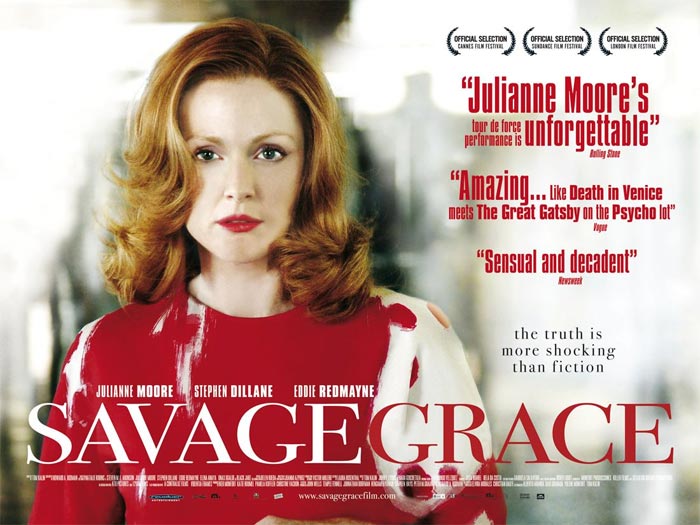 Savage Grace is a tale about the incestuous relationship of a mother and her homosexual son. The entire film is an ever-deepening downwards spiral that is disturbing to watch. Yet, like a car accident, the viewer cannot help but be interested by the dysfunction; it’s twisted to watch, but it’s interesting.

Savage Grace is a drab-colored, slow-paced film that is beautifully shot and well-acted. Unfortunately for the film, however, it is based off of a true story and there is much more motive to the true story than there is to the movie. In Savage Grace, the incestuous relationship between the mother and son comes about from seemingly nothing more than simple perversion. In reality, the story is much more complicated. The film family was dysfunctional, but the film barely got to the roots of WHY they were. Despite good acting and what could have been an interesting tale if told correctly, this film is largely significant only for its shock value.