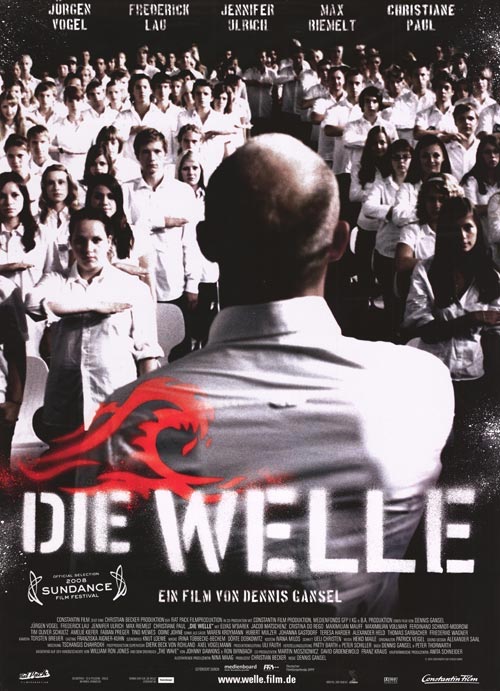 One of my favorite films of the 2008 Seattle International Film Festival, The Wave is based off of a true story. Although the actual story takes place in Palo Alto, California, the film takes place in Germany.Teacher Rainier Wenger receives “autocracy” for his project week theme, instead of “anarchy,” as he previously wanted. A generally unconventional character, Wenger decides to undergo a project in his class when his students declare that they think a dictatorship can never happen in Germany again. For the week, Wenger declares himself dictator and becomes the ruling leader of his newly established autocracy.Before he knows it, however, his students, newly dubbed The Wave, have taken the project outside of school grounds. They extend fascism into the hands of unwilling participants and the project soon swings out of control.

Although greatly unrealistic and exaggerated at times, one has to remember that the film is based off of real events, and that is what makes the film powerful. The Wave is a study on how one charismatic leader can motivate a populus into doing his will. It is dictatorship on a very small scale, but the haunting part is that dictatorships always start from a small group of mind-washed individuals.

Screenwriter:
Dennis Gansel, Peter Thorwart, based on the novel by Todd Strasser