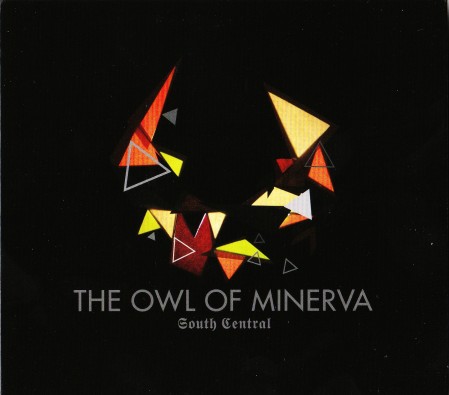 The type of electronic-rock hybrid music Americans seem to lap up these days either take the fairly synth-poppy route of the Presets or the funky house route of Daft Punk and Justice. South Central’s The Owl of Minerva is more for the individuals who aren’t afraid to enjoy dark, distorted, and at times industrial-esque electronica. It’s for those who consider electronica to be more than just a simple head beat or background music to do drugs to; it’s for those who consider it to be a legitimate musical artform.

Upon first glance, an electronica-unsavvy individual may not be able to realize that South Central consists of much more than a prancing, holier-than-thou DJ. They are both a 2-man DJ/production duo and a five member live band backed by a full drumset, guitars, turntables, and a vocalist, with a wardrobe consisting of little more than simplistic black hoodies one might find rockers donning at practically any rock show. But the thing about South Central is much more than meets the eye with them. South Central’s tracks are complex and backed by much more than just a simple turntable-mixer combo. They songs are epic and malleable, and their approach is more punk rock than their sound might lead one to believe.

South Central might not have the most amazingly accessible sound, at least to the American musical palate, but they’ve garnered the respect of the electronic music scene in Europe through their remixes of artists like the Klaxons, The Whip, and Van She. The Owl of Minerva is a collection of the band’s best music from the past two years and will hopefully pave the way for their debut album in 2009. Expect much, much more from these guys, because they probably have a lot more up their sleeves.