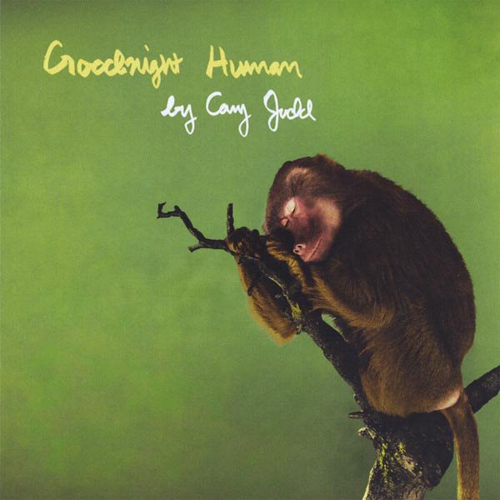 Can there be an album that’s both vanilla and likeable? For solo artist Cary Judd, that paradox has been found in his latest record, Goodnight Human.

Popping off with the uptempo track, “The Apocalyptic Love Song,” most of Judd’s songs hit strong strides, which are particularly evident in “Huang Shan (The Ah-ha Song),” “Stars,” and “Flicker.” These songs are not only fairly melodic, but pretty damn catchy. For the sake of argument, if Judd doesn’t make it as a recording artist, he can certainly write some jingles.

The album’s quiet moments are equally as strong, with “Kiss Comes to Shove” a good representation of Goodnight Human‘s more subdued tracks.

What is most interesting about Judd, however, is that while his poppier songs are indicative of what’s heard on rock radio, it still carries an honesty that is missing from most pop songs these days.

For all its imitative moments (there’s many Robert Smith homage songs on the album), Judd’s earnest lyrics makes him a far greater force to me than, let’s say, The Shins. As much as I really want to call this album bland, I simply can’t bring myself to do so. Cary Judd’s pulling at my heartstrings in the best way possible.