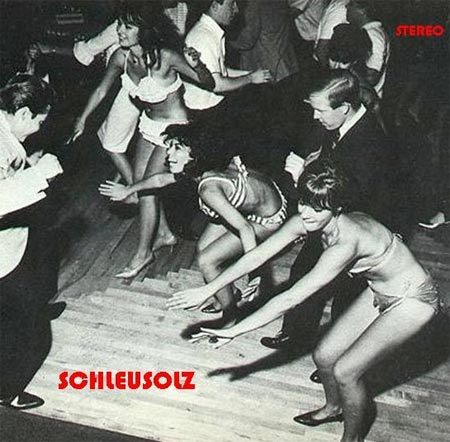 Anyone who is going to listen to Schleusolz’ debut album, Running Out of Time, should be prepared to take part in some quirky dancing — as in the type of dancing that middle-aged men in Hawaiian shirts carry out at music festivals. Doing so is not necessarily a bad thing. It just means that listeners should expect an unusual force behind Schleusolz’ layered electro-rhythms that will induce much more than the standard head bop.

The Germany-based group scrambles sounds from all over the world and even what seem to be parts of outer-space. They channel a simplified version of Disney’s Fantasia as if it were an ’80s video game. Only a handful of songs contain vocals, but even the instrumental tracks seem to shout expressions. The music is hyper and soothing at the same time. This is what you would hear at a cheesy lounge bar, which is where the Hawaiian shirts would come in, but is overthrown by hipsters.

The members of Schleusolz self-admittedly describe their music as quirky and tongue-in-check in press releases. They say that they playfully poke fun at genres, with the desire to create the soundtrack to movies that can only be seen in the listener’s mind. Some of the things Schleusolz toys with include swanky piano melodies, alien invasions, sitar, cowboy western, salsa and marching music.

The bizarre combinations may be off-putting, but there is something intriguing about tracks like “Running Out of Time” and “Neo-Liberal Coffee Bar.” The former is fast and full of energy. The lovely beeping tones are interjected by moments of musical tension that would only enthuse a room full of partygoers jumping up and down. “Neo-Liberal Coffee Bar” is a tad more subdued, but also creates a zigzag of colorful images.

While there are a few songs that are majestic and memorable, others just pass by as ironic rather than entertaining. “The River of Love” has a western feel and imitates the sound of a cowboy swaggering into town as the sound of a trotting horse dominates. “Detroit Teenage Riot” is a collection of laser beams that come off sounding like a whiney conversation between the cosmos.

Even when sounds clash, the songs all contain enchanting warmth, but some need more focus. Fans of Tobacco (Anticon Records) will appreciate standout tracks, but as a whole, Schleusolz’ Running Out of Time will not hit the spot for most.