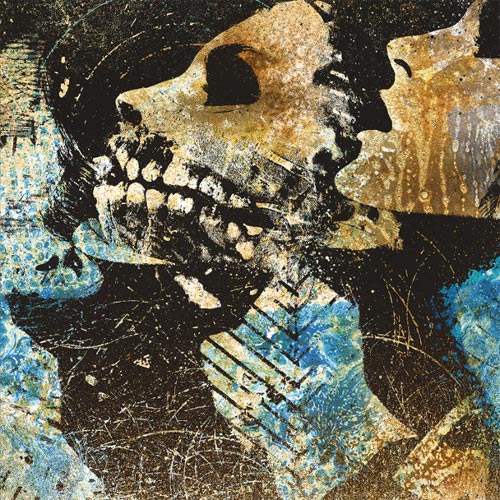 Reviewing a Converge album is kind of odd. Whereas I’ve always kind of liked the band, I’ve never even begun to understand the insane amount of adulation their fans and most critics bestow upon them. I quite literally know people that think these guys are one of the best bands in the history of music (and not just the history of hard rock/metal, mind you, but music in general) to which I say: “Huh?”

I’ve tried to empathize with this position over and over at the prodding of some of these devotees, and despite my now owning four Converge albums and seeing them live on three separate occasions, I still don’t get how they’re much more than a decent band with a brilliant marketing campaign.

Unfortunately for the card-carrying members of the cult of Converge, Axe To Fall does absolutely nothing to dissuade me from this opinion — which isn’t to say the album’s bad by any stretch of the imagination. In fact, it’s yet another fairly solid slice of unrelenting metalcore screamitude. The opening track, “Dark Horse,” is one of the best in their catalog and lays the groundwork for the compulsory pummeling you know you’re in for by virtue of listening to a Converge album in the first place. Elsewhere, outside of the slightly slowed down doominess of “Worms Will Feed,” it’s pretty much Converge-by-numbers throughout.

The only exceptions are the two closing tracks where things mellow out and get a tad spacey with guest vocals from Steve Von Till from Neurosis and Mookie Singerman from Ghengis Tron. The Von Till track is particularly bizarre because it’s pretty much like they just crammed a song from one of his solo albums onto their own. It’s a cool trick and adds depth to the album, but it doesn’t cover up the fact that as far as I can tell, Converge have now released the exact same record three times in a row (four if you count Jane Doe, which I’m not, because I think it sounds slightly different).

I understand your sentiment regarding Converge. They have never been my favorite band, but was nonetheless always impressed enough to collect all their vinyl. Consider they have been around since 1990. I saw them play in a living room gig in the early 90s and was stunned. Metallic hardcore never sounded like that before Converge. There were metalcore bands around at the time, but none were as chaotically mathy. Check the release dates of their albums and compare to similar bands at the time. They’ve been around so long, and influenced so many bands, osmosis alone explains their stature. Cheers.