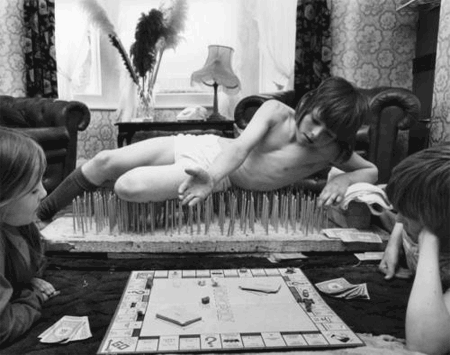 DeVries’ Death To God might be titled like a metalhead’s dream, but nothing can be further from its reality. Beginning with a thirty-second ambient intro track, Death To God then explodes into the immediately engaging “Boys Are Bores,” in which deVries, consisting of former member of The Turn-Ons, Travis DeVries, easily prove that even tracks about hermaphrodites can be taken seriously if you have the right musical chops to create them with. A catchy guitar introduction and low-key vocals easily render “Boys Are Bores” one of the best tracks on the album — an early highlight that is not the only highlight, but certainly one of the most notable.

DeVries draws comparisons to Brit-pop bands such as The Stone Roses, and they’re not far-fetched comparisons. ’60s-style guitarwork is present on this album, along with fabulously airy vocals. However, unlike the aforementioned bands, deVries have an updated indie rock sound, featuring more crisp production and mastering, courtesy of Erik Blood (The Moondoggies, Tea Cozies) and Kramer (Low, Sufjan Stevens).

But enough name-dropping, because the simple fact is that that Death To God is an album that’s simply, well, pleasant. Light, airy shoegaze textures are commonplace, and ethereal vocals bridge the gaps in-between. Death To God exemplifies its subgenre well, adding in lyrical twists as highlights, but ultimately, it’s a subgenre without much room for breaking new ground. So, despite a solid album, exposure is the key.