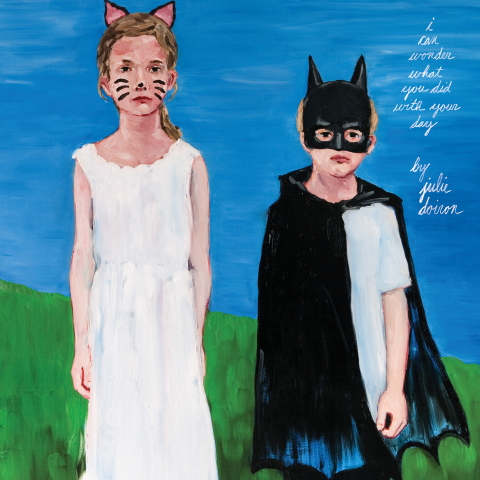 Maybe I’m over this whole winter thing. Maybe I’m not getting enough sleep. Whatever it is, though, Julie Doiron sounds the way fresh green grass, cold blue sky, and riding your bike with the sun on your back feels.

Most of Doiron’s latest solo album, I Can Wonder What You Did With Your Day, features little more than her acoustic self with a guitar and occasional nature noises. For some of the songs, she teams up with former bandmates Rick White and Fred Squire for heavier, less original-sounding tracks. Barring “Consolation Prize” —- a heavier track that manages to be one of the most memorable out of the entire album — I vote that she sticks with simplicity. Her voice isn’t extraordinary, but it’s pretty enough. Pretty like a sundress. Pretty like daisies.

She writes almost exclusively about her own life, which adds a sort of accessibility to I Can Wonder. It feels like maybe you were with her when these things happened, like maybe she’s singing to you. I know, I know… I feel like a cliché-ridden sap when I say stuff like that, but it’s true. Maybe I’m just over this whole winter thing.

But when Miss Julie sings, “I’m glad to be alive,” she reminds you that you are as well.