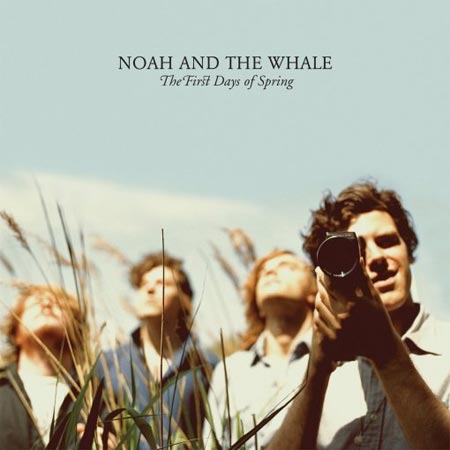 Noah And The Whale – The First Days Of Spring Album Review “It’s the first day of spring/ And my life is starting over again,” sings Charles Fink in the title opener of The First Days Of Spring, maybe setting up an optimistic mood for the rest of the album if it weren’t for the downcast, melancholy guitar melody accompanying the rest of his laments.

The rest of Noah And The Whale’s newest album plays out in a similar fashion; always subtly evocative, the lo-fi tracks this British four-man folk band attempt to fill the aural void but somehow come up short when the music dies. With the usual guitar-piano pairings and cymbal fade-outs so characteristic of indie folk, Noah And The Whale’s most unique qualities lie in their use of choirs for background vocals in some songs. A somewhat bizarre-sounding group of choir singers burst out in “Love of An Orchestra,” rendering it an oddly fast-paced number discordantly placed in the middle of an extremely vocally downplayed record. In “Stranger,” the hums of child-like voices lift up an otherwise forlorn call for unfulfilled happiness “in a year.”

Ultimately, though, Noah And The Whale succeed in their exploration of the omnipresence of human loneliness and offers a nuanced collection of new songs to revel in it.