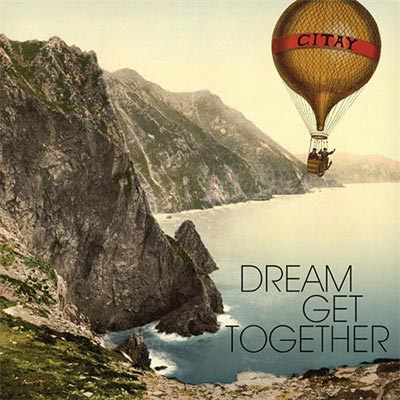 Citay – Dream Get Together Album Review There’s an episode on Season One of The Mighty Boosh where Vince Noir declares that it’s impossible to be unhappy in a poncho. I’ve yet to test this theory, but I have doubts as to its validity, based on some photos I’ve seen of Mexico City. With that being said, I could postulate a similar theorem in regards to listening to a band like Citay. They are pure sun and fun — kind of like what Pink Floyd would sound like if, rather than originating in England and watching Syd Barrett go slowly insane on LSD, grew up in the Bay Area and spent all their time banging groupies on the beach.

The songs on Dream Get Together are basically just excuses for the guitars to drift pleasantly heavenward for extended periods, which are exactly as they should be. Layers upon layers of supernaturally blissed-out licks cut straight to the core of the existential light of the world, leading the listener on a sunset beach makeout party in the outer reaches of their own imagination. Good times.