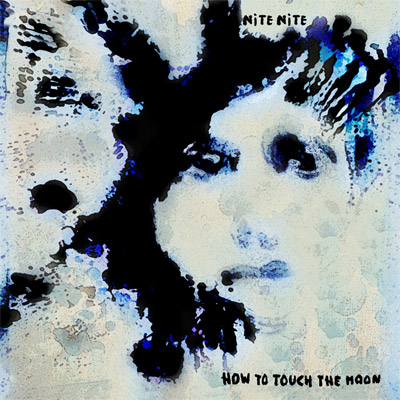 Nite Nite – How To Touch The Moon Album Review With a trio with names like Davis, Sarah Brooks Levine, and Matthew Gibson Brown, Nite Nite may seem like a subtle, young impression that aims to make subtle ripples in an ostentatious, exhibitionist genre like goth pop. Just the word “goth” rounds up typical notions of garishness, but How To Touch The Moon sounds gentle enough to combat what has become a solidified opinion of black eyeliner-wearing head thrashers. With Middle Tennessee State University graduates Davis and Levine backing up the band in terms of substance — Davis as songwriter and lead singer and Levine as keyboardist — the southern roots of the band further support the intentions.

But the young trio, in opposition of such stereotyping, have paradoxically gone too far in their repudiation of being pigeonholed as the new kids on the block with the ripped black jeans. Calling themselves a “neo dream pop band with garage-infused sonic intensity,” Nite Nite tries to combine too many influences and absorbs none of their intensity. “I’m Always Right!” crawls along for three minutes of stilting new wave-esque guitar rabble before arriving its conclusion, never once justifying its exclamation point. In “Hello, I’m Melancholy,” Davis’s ethereal voice, taking cues from Amanda Palmer, draws out her salutation painfully. Maybe Davis tries capture our attention, but she forgets that we’re already listening and don’t need an unnecessary solicitation.

Initially, Davis’ harshly tin-affected voice draws influences from iconic bands like The Cure. But that’s what they were going for. In “Black Noise,” the punch line, “I’ll still be dead and happy,” sends a little metallic shiver up the spine. But that’s what they were going for. And the tambourine additions to the pop jam “Body Of Water” in the middle of the tracklist, with underlying vocal tones that ooze from the gut… not going to lie, it can sound damn sexy. But of course, like the formulaic morbidity appropriated from other goth pop bands — like the diluted voice that laces the album unconvincingly, like the overused black eyeliner — the good of the album is smothered by the bad. In attempts to pay tribute to their inspirations, which are self-proclaimed on their MySpace page as Siouxsie Sioux and The Dresden Dolls, Nite Nite stagnate with their debut album and comes off trying a little too hard to get somewhere too far off in the cosmos.

But maybe that’s what they were going for?