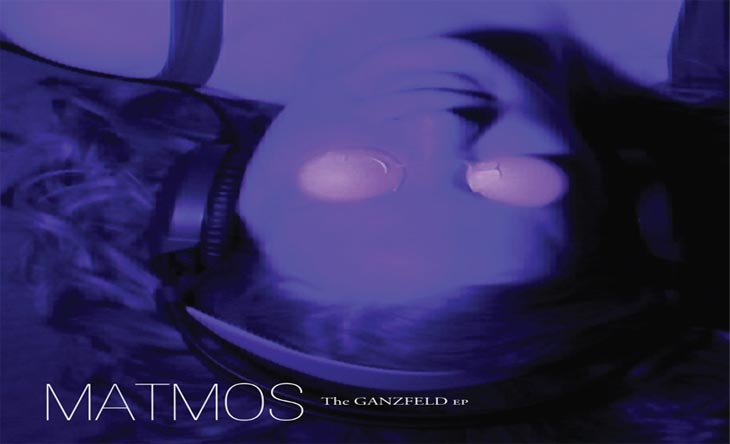 Vee Hua 華婷婷6 min readAugust 7, 2012Add comment
SPECTRAL HYPNOSIS
A recurring series, featuring mesmerizing songs for one to lose sense of time and space, mind and body. Last time’s was a dark baby featuring BEAK>, Nguzunguzu, and Outlands, and this time doesn’t really let up either, with new tracks from Matmos, who explore parapsychology on their new EP, Clark who goes dancefloor with his upcoming Fantasm Planes, and Motion Sickness Of Time Travel‘s limited edition cassette.

October 18th, 2012 Update: 3-D forms hover and float like spacecrafts in this music video by l-inc design. The group, fascinated by Matmos’ approach to their record (detailed below) “worked on the video without consulting the band, counting on psychic cues to guide them.”

Matmos’ upcoming EP, The Ganzfeld, coming out on Thrill Jockey Records on October 16th (with a full-length, The Marriage Of True Minds, to follow). Part fantasy war march cinematics and part muted monk chants, this initial track, an edit of “Very Large Green Triangles”, could be adequate music for a Mars Rover Landing or a post-Bubonic Plague Christmas.

The sonics themselves are convincing and fascinating, but the twenty-year collaboration between Matmos’ M.C. Schmidt and Drew Daniel contains fascinating conceptual underpinnings as well, as both are centered around telepathy. For the past four years, the duo has been exploring parapsychological experiments based upon ganzfeld experiments (detailed below).

A ganzfeld experiment (from the German for “entire field”) is a technique used in the field of parapsychology to test individuals for extrasensory perception (ESP). It uses homogeneous and unpatterned sensory stimulation to produce an effect similar to sensory deprivation. The deprivation of patterned sensory input is said to be conducive to inwardly generated impressions. The technique was devised by Wolfgang Metzger in the 1930s as part of his investigation into the gestalt theory.

In a typical ganzfeld experiment, a “receiver” is placed in a room relaxing in a comfortable chair with halved ping-pong balls over the eyes, having a red light shone on them. The receiver also wears a set of headphones through which white or pink noise (static) is played. The receiver is in this state of mild sensory deprivation for half an hour. During this time, a “sender” observes a randomly chosen target and tries to mentally send this information to the receiver. The receiver speaks out loud during the thirty minutes, describing what he or she can see. This is recorded by the experimenter (who is blind to the target) either by recording onto tape or by taking notes, and is used to help the receiver during the judging procedure. In the judging procedure, the receiver is taken out of the ganzfeld state and given a set of possible targets, from which they must decide which one most resembled the images they witnessed. Most commonly there are three decoys along with a copy of the target itself, giving an expected overall hit rate of 25% over several dozens of trials.

Instead of sending and receiving simple graphic patterns [as in the Ganzfeld experiments], test subjects were put into a state of sensory deprivation by covering their eyes and listening to white noise on headphones, and then Matmos member Drew Daniel attempted to transmit “the concept of the new Matmos record” directly into their minds. During videotaped psychic experiments conducted at home in Baltimore and at Oxford University, test subjects were asked to describe out loud anything they saw or heard within their minds as Drew attempted transmission. The resulting transcripts became a kind of score that was then used by Matmos to generate music. If a subject hummed something, that became a melody; passing visual images suggested arrangement ideas, instruments, or raw materials for a collage; if a subject described an action, then the band members had to act that out and make music out of the noises generated in the process of the re-enactment.

It’s a bit of a chicken and an egg conundrum in the creator-participant process, and it will be fascinating to see if Matmos decide to release original samples from the experiment alongside the record. That being said — not to take this experiment too seriously, Thrill Jockey have teamed up with Incase to release a limited edition of The Ganzfeld EP that comes with an individually signed and numbered box, in which the vinyl or CD will be accompanied by a pair of incase headphones and a pair of opaque goggles.

Motion Sickness Of Time Travel is the solo project of Rachel Evans, and this edited version of “Traces” is little more than an endless wash of synths and drones pulling in and out like waves. At only close to six minutes long, it actually feels more or less like infinity, and though it is now sold out, it comes as the first of the label A Guide To Saints’ Cassette Diaries series. The entire series is comprised of recordings made in short durations (days, a week, or a little bit more), then hand-assembled, sprayed, and screen-printed! 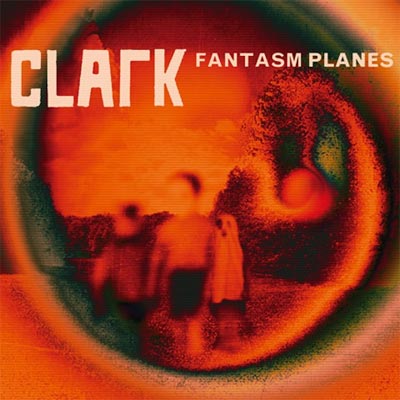 We posted about Clark already this year, but this track, “Fantasm Planes”, comes off the EP of the same name, out September 3rd and 4th on Warp Records. Fantasm Planes will be the dancier counterpart to the recently released and highly excellent Iradelphic (and you can download “MFB Skank” and “Com Touch” from Iradelphic HERE).

Says Clark: “Ian Brown has always loved the sound of trumpets. I’ve occasionally liked the sound of flutes. And bass. Analogue bass and psychedelic melodies to trip out to on the dance floor. No hippy s**t though. This EP is more about conjuring the full mind-distortion that you get when you hear this music on loud sound systems, that’s sort of what Fantasm Planes is about. Refocusing the album into the context of metric rave gear, but with those full, saturated textures of Iradelphic still playing a vital part.”

This is headphone music that spirals down into and pulls itself out of murky electronic depths to reach psychedelic synth heights.