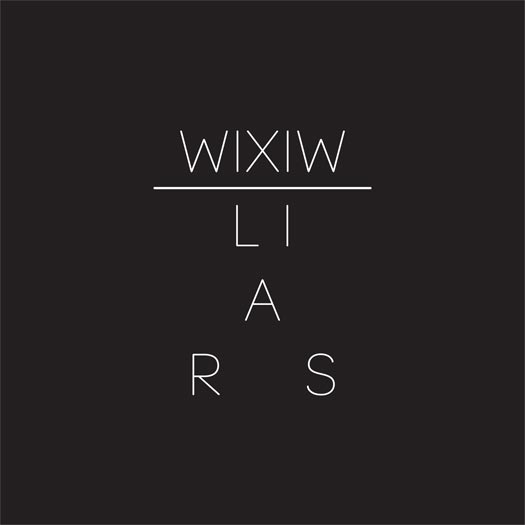 I know what you’re thinking; there’s not nearly enough electronic weirdness going down on this list. I agree. What’s up with that? Fortunately, Liars decided to go all Kid A on their new album and pulled it off with typical aplomb (or was it panache?). But I wrote about that already and interviewed them this year for the third time, so you can just read all that there (and see older interviews here). I will point out, though, that in that interview I specifically asked them about the influence of weed on their music due to I-502 coming up on the ballot here in Washington (and the fact that the dude was taking bong rips backstage at the Showbox the first time I interviewed him). They expressly dodged the question, probably for obvious legal reasons. This is why things like I-502 are important.

Okay, okay, Guided By Voices aren’t truly a psychedelic act, either. In fact, they’re total fucking drunks. But they’re certainly more than a bit tripped out in a subtle way. Psychedelic was always one of the four P’s in their time-tested formula for success (along with Pop, Punk, and Prog). Robert Pollard’s also openly talked about writing the song “Gold Heart Mountaintop Queen Directory” about an acid experience he had staring in the mirror as well, so there’s that. In addition, his lyrics have always involved various levels of mysticism based on his life long, albeit admittedly distant interest in all things occult.

On a base level though, I consider anything excessively creative to be inherently psychedelic, and there’s no greater testament to the true potentiality of the human imagination than the near supernatural output of one Robert Pollard. Jesus god man, even I didn’t expect this astounding a return to form in 2012 (not that he’d ever lost it). I was skeptical about the GBV reunion albums and after the first of 2012, Let’s Go Eat The Factory, I continued to have my doubts. It was an outing guilty of the inconsistency that Pollard’s critics always accuse him of and are rarely even remotely right about. But then Class Clown Spots a UFO dropped, and after the requisite three or four orientation listens you need with every Pollard disc, it took me straight to GBV nerdgasm heaven. I like roughly 85% of everything I’ve heard from the guy, but this was his finest disc since, errr, Isolation Drills, I guess. I mean, he never stopped putting out five records a year (and another two solo discs in 2012 as far as I know), so how could these be any different? Tobin Sprout, that’s how. The Lennon/McCartney-esque duo of the late ’90s is back after all these years, and wow, what a difference the varied songwriting attack makes! Also, they’re back to doing the sort of cut-up-pastiche-lo-fi approach to album creation they essentially invented back in the day. Sooooo brilliant.

Class Clown was already a lock for top five on my list and when The Bears for Lunch came out in November, I thought there was no way it would even touch it. Buuuut, it might be even better. My lord, you could probably make a fairly good greatest hits record just from their 2012 output alone, and they’re releasing another full-length in early 2013. Pollard is also a fairly excellent collage artist and did both of those album covers. Again, this is a guy who consistently puts out genius level shit peaking again at age 55. Surreal, to say the least. 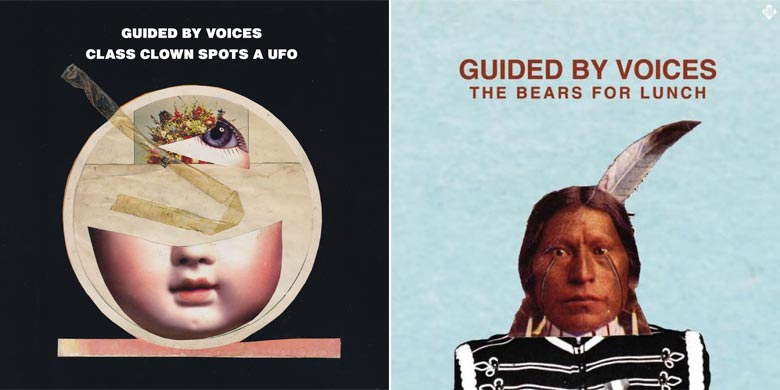 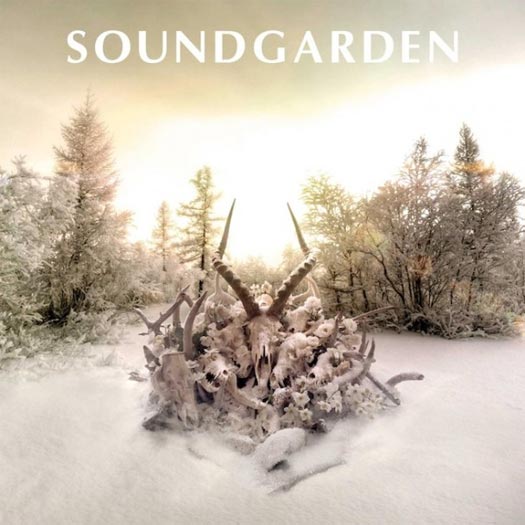 And the most unexpected surprise album of the year goes to… Soundgarden? Yeah, that Soundgarden. Truthfully, I didn’t even know they were planning on releasing anything anytime soon until I saw a friend’s post on Facebook. When I went home to download it, I was kind of blown away by the ridiculously low four dollar price tag. More bands should attempt this kind of thing. I bought this and the new GBV record on the same day for what one album used to cost ten years ago. Again, I wasn’t expecting it to be very good; I suppose maybe because they’d been broken up for so long and are getting up there in age. Wrong.

You know it’s funny; I grew up in the ’90s (I was a freshman in high school when Nirvana broke), I live in Seattle, and yet I can honestly say that the odds of me randomly deciding, “Hey, I want to listen to a Pearl Jam, Alice in Chains, Nirvana, or Mudhoney album” are roughly a hundred to one. But I’d say I probably still throw on something by Soundgarden like once a month.

They were always the most psychedelic of the grunge bands, which was kind of odd because none of them were stoners. Their early band days were apparently laced with excessive acid-fueled drinking binges however, which should maybe be more than a bit obvious to anyone who’s seen the “Black Hole Sun” video. It’s amazing what a little bit of Lucy in the Sky can do, and also probably a little bit of early Pink Floyd worship as well. Cornell’s always cited Piper at the Gates of Dawn as one of his absolute biggest influences.

Okay, enough prattling on about that; I’m just trying to explain to myself why a bunch of drunks (or former drunks) would throw an overly spaced out breakdown sesh into every single one of the tracks on their new record. Maybe they just know their audience. Above all else though, this album owns because of the songwriting. It’s what’s been missing from loud rock and metal for quite a while now. Yeah, you can be all hard, and not be stupid, and actually write songs kids. See, uncle Soundgarden will show you how.

Admittedly though, the Garden are one of those bands most mere mortals just can’t ever measure up to. It’s like picking up a basketball and thinking you’re gonna be able to play like Lebron James. Not many can do what these guys pull off almost effortlessly. Chris Cornell writes clever neo-spiritualist lyrics and his vocal range is unholy. Kim Thayil is the best lead guitar player of the grunge era by a long shot. The rhythm section is not only unique but also consistently destroys. Cornell spent most of his solo career proving just how hard this kind of chemistry is to replicate. Almost impossible to compete with, and basically why King Animal is the number three album on this list. 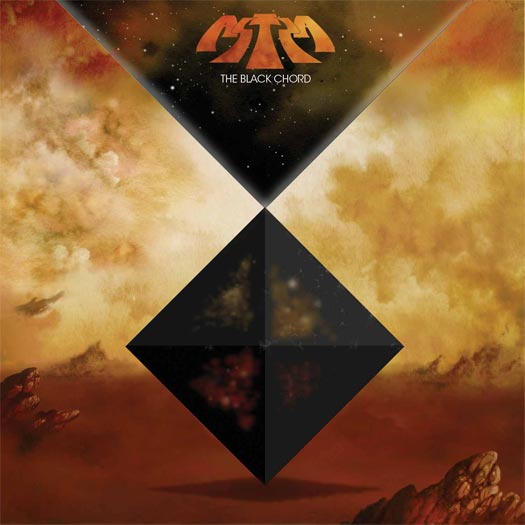 The reason they call it “taking a trip” in the first place is because it’s supposed to take you somewhere. With that in mind, Astra take you to the exotic outer reaches of retro sonic eternity on The Black Chord. Again, normally I’m not much of a stickler for retro, but when you can brazenly outdo your aging masters, I’ll gladly pay attention. This already ranks up there as one of the best psych prog records ever. Sure, it hearkens back to the heyday of bands like Yes, Peter Gabriel-era Genesis, and classic King Crimson, but it somehow manages to outclass all those rubes and trumps their 2009 debut, The Weirding, in every way imaginable. Everything is just so well-sussed out. The way one guitar lead transitions into the next keyboard solo and then a swirl of tranced out riffage, then back and forth and up and around again should sound severely wanky, but it doesn’t at all. It flows like manna from sound heaven. They even manage to throw in decent unforced vocal melodies on top of all the extravagance and lyrics about voices in their heads and such. Music for people with extended attention spans, for sure.

Man, 2012 was a fairly amazing year for Southern California psych rock with this and the Ancestors disc, kind of making us Northwest coast tripsters look a bit like slackers. These cats apparently often perform live with a visual projection company called Operation: Mind Blow. How cool is that? Also, this came out on Metal Blade? Yeah, what the fuck? 2012, the year tripping went mainstream, and you said there was no global shift in consciousness. Well, maybe you were totally right as I doubt anything here (other than Soundgarden, The Mars Volta, and possibly GBV) made much of a dent on the charts. As mentioned, these things take time. 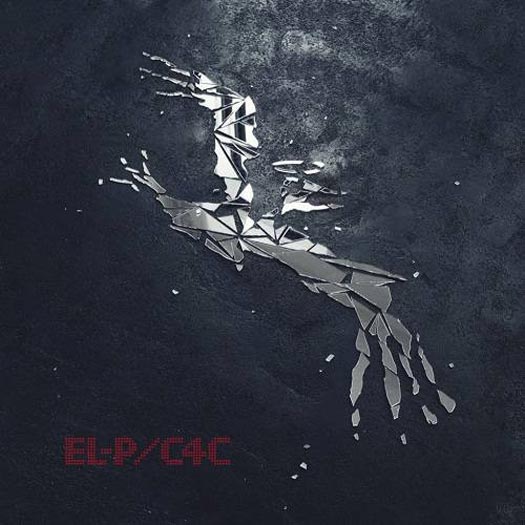 Rarely are choices for album of the year this utterly fucking obvious, but I couldn’t for a second even think about putting anything above this in 2012. Back in 2002 (God, again, ten fucking years ago now) El-P‘s Fantastic Damage changed my entire perception of what hip hop could be. More accurately, it just made everything else seem retardedly stupid. Dude’s a thousand years ahead of his time. I’ve always seen the potentiality in hip-hop being the combination of technology and linguistics. It’s a good idea on that level for sure (although it almost always loses me with the misogyny and materialism). El Producto gets it, always has. Following up his absolute genius instrumental mixtape Weareallgoingtoburninhellmegamixx3, which I just so happened to dance my ass off to while tripping balls in 2010, El-P further ups his game into fast tempo drugged out club-banging territory on C for C. This stuff hypes me up more than nearly any metal record I own. Just complete fucking godhead shit. Most importantly, this is one of the like four hip-hop (okay, this is really trip-hop, let’s face it) albums I own (including even the prior Producto discs) where I actually listen to every song on the record. Guy just drops hit after hit, tune after tune. The way he captures the confused terror and amusement presented by the smoked out information/overpopulation age lyrically is unparalleled.

Here’s a bold statement, this isn’t just the album of the year; THIS IS THE BEST HIP-HOP ALBUM OF ALL TIME. Oh, and he also produced that entire Killer Mike record I was just talking about. The bar’s been set pretty high kids; let’s see if we can ramp it up another notch next year.

(Oh, and if you didn’t notice, I just completely unintentionally gave you the top 23 mind-bending albums of the year… ooohhh… the number 23… spooky).