Posted at 09:48h in Album Reviews, Music by Jason Simpson 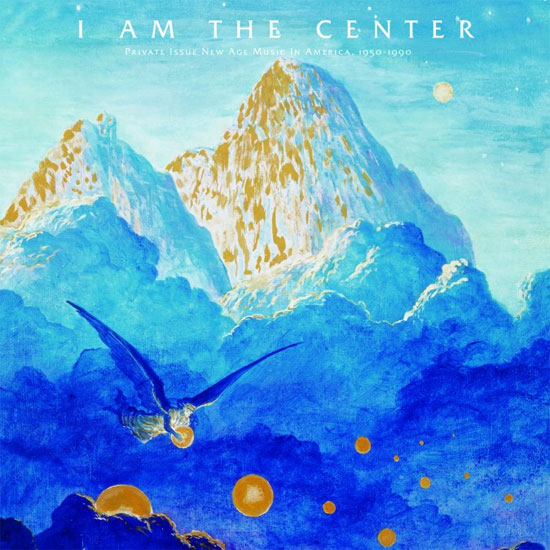 As soon as something goes up for sale, it ceases to be solely about creativity and becomes a commodity. Nowhere is this more apparent than the much maligned new age genre, with its high ideals and pure intentions. It aims to relax the body, to clear the mind and elevate the spirit. It’s somewhat ironic that it would become bland aural wallpaper for high-priced professionals. New age has become about the least cool genre imaginable, doomed to a half-life of Hallmark stores and mall listening kiosks.

Now that vaporwave has taken over as the cynical soundtrack for the global marketplace, new age is due for a reassessment. On I Am The Center: Private Issue New Age Music in 1950 – 1990, the wonderful Light In The Attic reissue label turns back the clock to a time before new age was merely designed to shift units. To accomplish this, they turn to the world of private press LPs, self-published records by high-minded altruistic individuals, many tracks seeing official release here for the first time.

I Am The Center is a 2-hour guided meditation through crystal castles, floating cities, pagan megaliths and the depths of space. You will hear plenty of flutes, multitudes of heavenly harps, more synthesizers than you can shake a quartz at. Most of the music is textural, ambient in the classic sense; nonetheless, you will find recognizable instruments and melodies, like the plaintive piano of “The Struggle Of The Magicians Part 3”, co-written by Thomas de Hartman and notorious 20th century mystic G. I. Gurdjieff, as well as the haunting will-o’-the-wisp guitar of Wilburn Burchette’s “Witch’s Will”, which sounds eerily modern.

It is striking how strands of modern underground music draw their mitochondria from this era. It has become hip to release small batches of personal synthesizer meditations and introverted guitar somnambulations. After a decade of listening to Emeralds, Oneohtrix Point Never, Barn Owl and Grouper, the 6 sides of I Am The Center‘s triple-LP set sound remarkably… good. As with any compilation, arrangement is everything. Light In The Attic have proven themselves to be masters of the mixtape, like the way the crystalline Perseids of “Seventh Chakra Key Note B (excerpt)” by Steven Halpern impercebtibly shifts into the mermaid harp riffs of “Seraphic Borealis” from Joel Andrews.

Most of the material here come from previously unknown artists, but there are a few luminaries, as well. Laraaji (“Unicorns In Paradise”) collaborated with Brian Eno on his Ambient 3 record, while Daniel Emmanuel (“Arabian Fantasy”) has been enjoying a renaissance recently, under the better known name JD Emmanuel. Michael Stearns, whose “As The Earth Kissed The Moon (excerpt)” appears here, is a master of interplanetary synthesis; his 1981 headtrip “Planetary Unfolding” is considered a classic of ambient electronica. “I Am The Center” gives you a chance to revisit some old classics, while you discover a bunch of new gems.

The underground has always been a source of self-expression and experimentation. As “indie” music has become more acceptable, it gives us a chance to appreciate these retroactive sounds with new appreciation. New age occupies an important intersection of serious, academic art music of the mid-20th century, and the polycultural explosion we are currently inhabiting. As life gets increasingly busy and demanding, we need this music now more than ever. So sit back, light a candle, take a deep breath, and relax.

I Am the Center: Private Issue New Age Music in America 1950-1990 Tracklisting