Posted at 11:00h in Album Reviews, Music by Jason Simpson 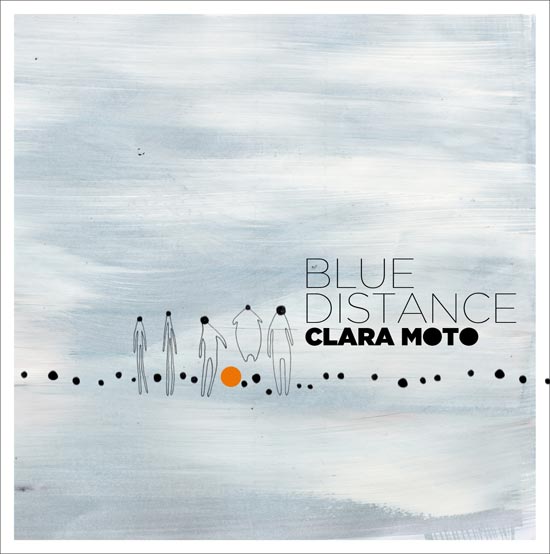 Clara Moto
Blue Distance
InFiné MusicClara Moto’s Blue Distance is the Lost In Translation of bass music. It sounds like driving down an endless expanse of black glass highway with the radio on, shooting towards the horizon while memories retreat like tail lights in the rearview.

This Austrian producer’s second feature-length for InFiné Music revolves around the theme of remoteness, the feeling of endless travel and longing, and the inevitable distance between a performer and her audience. Blue Distance takes its name from a poem by Sylvia Plath, the patron saint of loneliness. This combination of classical poetry and 21st-century electronic music offers a good summary of what one can expect.

Blue Distance is involved in both the past and the future. Clara Moto embraces her roots, drawing upon the best parts of downtempo, dubstep, ’90s rave and ’80s techno. You can hear echoes of Burial in the disassociated vocals on “My Double Edged Sword”, the tinkling nostalgia of Boards Of Canada on “For All Reasons So Sad”, the chill exoticism of DJ Shadow in the “Things We Almost Did”‘s impressionistic koto sample. She understands the classics, and wields them well, but is also of her time. She pairs dancefloor offerings with ethereal vocals, like the airy sculptures of Julia Holter or Grimes. Blue Distance is primed to go off like fireworks, if it makes its way to people’s ears.

Clara Moto is knowledgeable on how to use the tools without resorting to cliché. She is not content to produce empty club fodder to pop pills to. Instead, she uses a wide arsenal of rhythms, synthesizers and real-world recordings to create a complex, emotional scene that is both poetic and poignant. She never resorts to pop formula. Instead, musical moments rise and fall, giving the sense of a story unfolding; a sonic diary unfurling between your ears.

Like a number of post-dubstep producers, most notably Shackleton or Scuba, Clara Moto intersperses the traditional two-step rhythm ‘n shuffle of dubstep with 4/4 house grooves (“Hedonic Treadmill”, “Placid Kindness”) and some funky breakbeats (“I Saw Your Love”). This makes Blue Distance ready to rock clubs as well as break hearts. She keeps it downtempo most of the time, however, which means the overall effect is one of chill romanticism, that will appeal to the more introverted and romantic bass fiends out there. Blue Distance could be the makeout record of the season. Clara Moto may feel distant, but she’s bringing people together.

Cheers to Clara Moto for keeping things moving along, while not being afraid to wear her heart and influences on her sleeve. Very highly recommended; this is some of the best dance music I’ve heard in months.