Posted at 13:30h in Album Reviews, Music by Judy Nelson 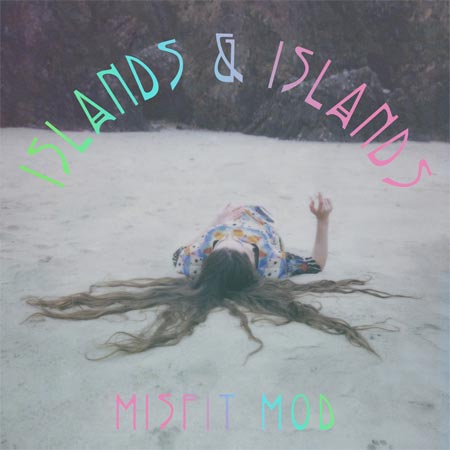 The unfortunate burden that Portishead has to bear with being an innovator is the multitude of bands that have subsequently been trying to imitate their sound. In keeping with the Portishead reference, there is something about Sarah Ann Kelleher’s (who moniker is Misfit Mod) debut album Islands & Islands that just sounds dated, like she’s trying to revive a scene that everyone has already moved on from. It just gives me the feeling that I’m back in the UK in 1998, and she’s playing at a bar.

The argument can be made that Misfit Mod is going for more of a throwback-meshed with a new wave of Grimes-influenced sound. Either option is not particularly unique or refreshing. The songs “Unreal,” “Cars (1)” and the opening track “Sugar C” just feel too much like the personification of the bands in the ‘90s that were hoping to be Mazzy Star, aiming to play in the background of the Buffy the Vampire Slayer TV show set. This is especially evident on “Ghost Me”; all the moans and groans in the background just sound a bit tired – but Joss Whedon from 1995 would love this!

This is not to say that there are no positive moments. The song “Valleys” sounds complex and layered, with admirable production value. “Queen Love Zero” is worth repeat listens; Kelleher’s voice is beautiful placed atop echoes of synths and guitar lines. The closing track “Free City” sounds like the start of something raw and stripped down, which would be a good direction for Misfit Mod to go in. These songs are nothing revolutionary, but are definitely high notes on the record.

From a reviewer’s point of view, it is hard to listen to something like this and be completely impressed, because what we as listeners are looking for is not only music that pushes the envelope, but also music that makes the old sound new again. The airwaves are just too clogged with anyone who can make a recording and put it out through the internet, and there needs to be a filter. My suggestion to Misfit Mod is to take this foundation, which is relatively firm, and expand upon it with bigger ideas and more musical innovation.