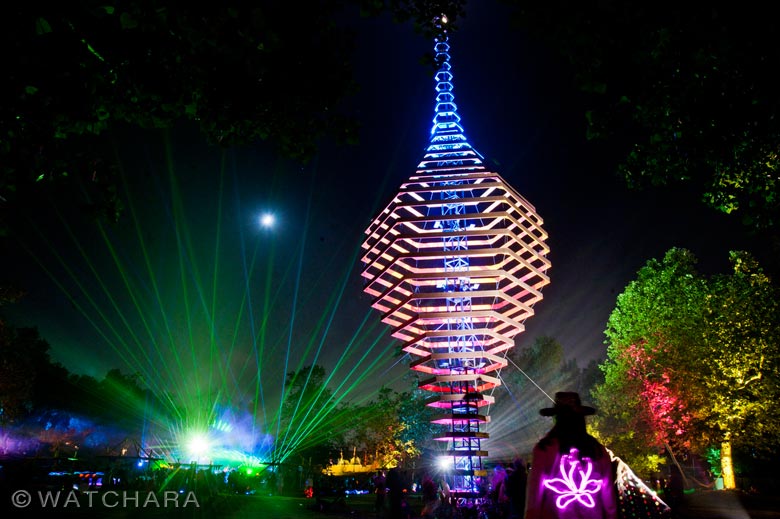 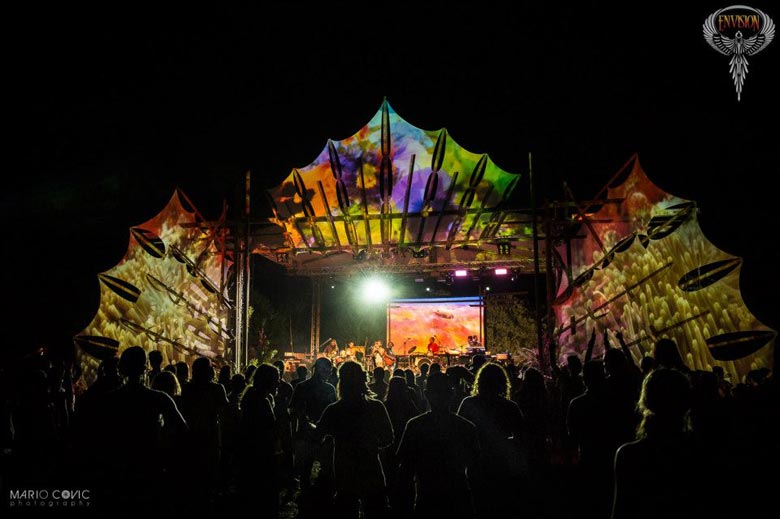 Regarding the typical music festival, Wanderlust Festival’s co-founder Sean Hoess describes an environment that all of us, undoubtedly, are all-too-familiar with — one full of “crowds, fences, mud, [and] $5 plastic water bottles.” These kinds of environments invite us to socialize, party, and stand and watch performances, but rarely do they encourage us to be introspective, open, or transformed. A culture of transformational festivals, however — ones that incorporate all the best aspects of music, yoga, art, learning, and healing — is quickly growing to provide that very experience. In infinitely unique ways, these social, musical, and spiritual celebrations integrate a variety of multi-disciplinary offerings, while still balancing the traditional logistical aspects of funding and promotion. Despite their differences and specialties, all of these festivals share a unified goal of creating community, inspiring transformation, and spreading positivity beyond the physical limits of each festival and its participants.

In this extensive feature, we talk to founders and representatives from Envision (Costa Rica), BaliSpirit (Indonesia), Bliss Beat (Italy), Wanderlust (N. America), Lightning In A Bottle (CA), Gratifly (SC), Beloved (OR), Evolvefest (PA), and Symbiosis (CA), to uncover their common goals, as well as highlight their different focuses, whether they be in environmentalism, charity work, multiculturalism, spirituality, or simply unification.

1. Grassroots Origins
2. A Festival for Every Body
3. A “Business Model” for the New Paradigm
4. Transformation Beyond Festival Boundaries
5. Timeline & Preview Guide of Transformational Festivals 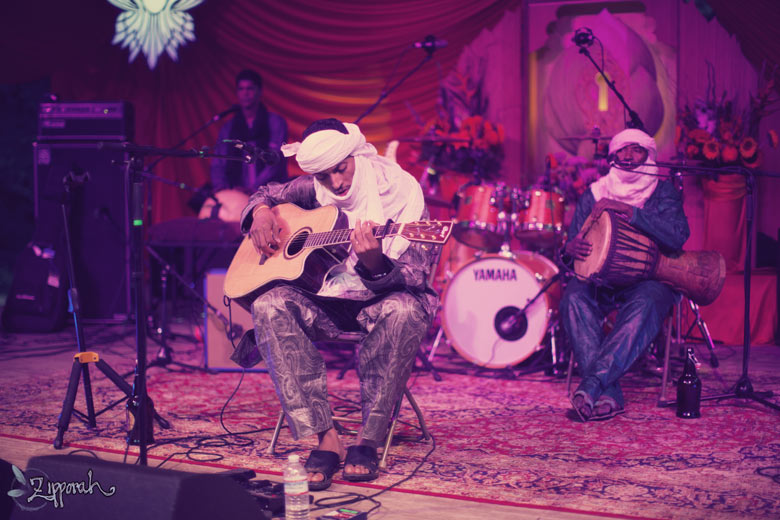 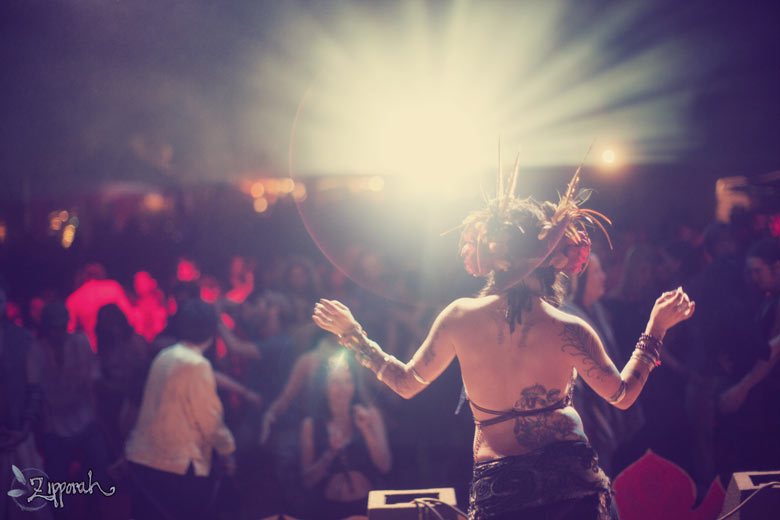 Now in its ninth year, Symbiosis is one transformational festival that epitomizes the culture’s emphasis on community. Bosque, one of the festival’s main producers, explains that their main intention in organizing Symbiosis was to “creat[e] a container for all… different walks of life to cross paths and see that, even though they have their individuality or little clique or tribe, they also belong to a bigger collective as well.”

This idea inspired other festival organizers as well, and most transformational festivals are born from simple collective gatherings. Lightning in a Bottle, for example, started out as a birthday party, and Wanderlust grew out of discussions at a record label’s headquarters. Evolvefest’s founder David Bryson recalls that, “Evolvefest was borne from a small group of local artists, musicians, and educators who gathered for weekly potluck shared meals. We’d be tossing a frisbee, doing yoga, and sitting around a campfire talking about ways to organize a gathering for people… feeling that inward call to awaken and thrive.”

Elliot Rasenick, founder and producer of Tidewater, Oregon’s Beloved Festival, cites many significant influences that led him to pursue the production of his own festival. After organizing underground electronic dance parties, kirtans, and other devotional or educational events, Rasenick desired to reproduce the inspiring experiences those events allowed for, such as the “profound moments of connection between people where the boundaries between us seemed to fade away” that occurred on the dance floor, the “connection with the spirit” that he felt through chanting divine names, and the chance “to share the ideas of an emerging culture” that empowered him at educational events.

Since founding their gatherings, the creative souls behind these operations continue to seek to do more than just put on another festival year after year. According to Envision’s founding partner, Justin Brothers, they seek to re-imagine the festival formula entirely — to take “a blank canvas” and paint it as they wish, while still humbly acknowledging and receiving inspiration from the bits and pieces that other festivals are doing correctly. 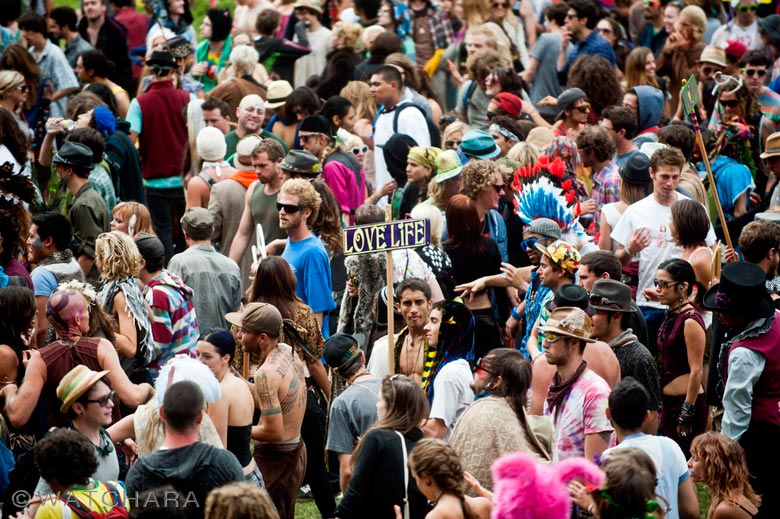 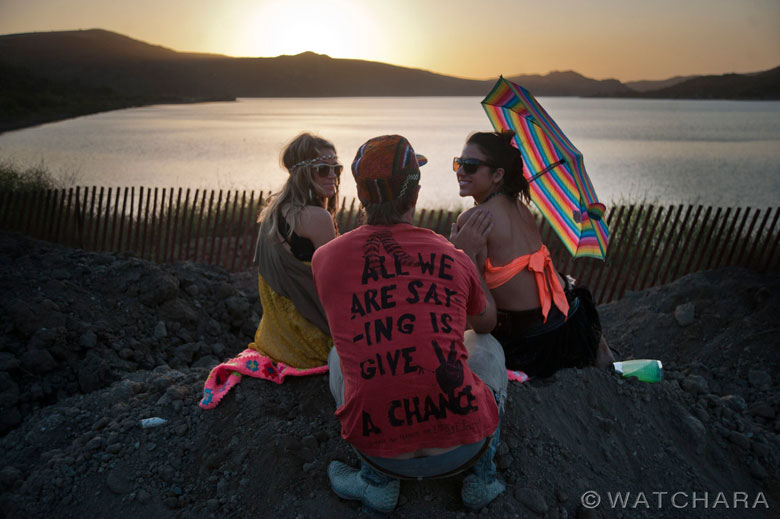 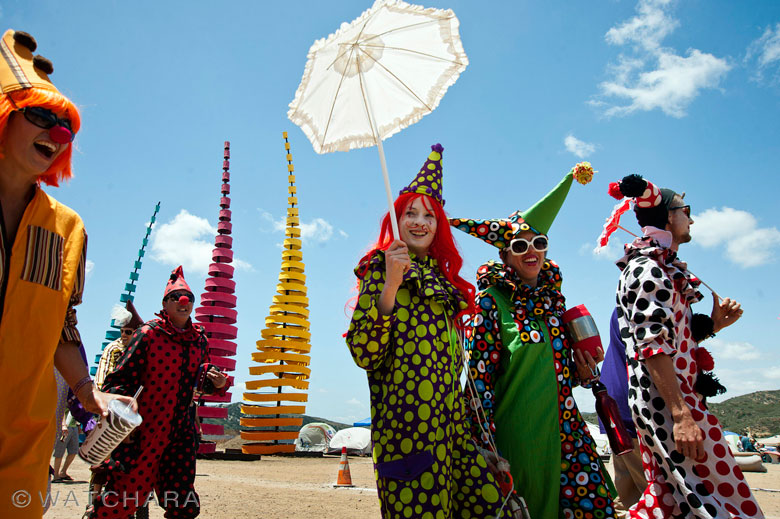 Lightning In A Bottle – Photography by Watchara

Note: The last page of this feature has a comprehensive summary of the history, focuses, and offerings of each of these participating festivals.