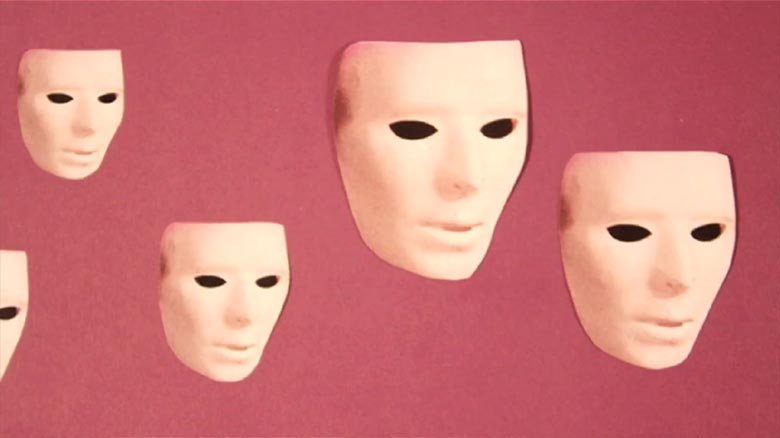 “What appeals to me is the potency in the image — the object itself, or the mysterious atmosphere it holds. A truly beautiful image has the power open up this whole inner world; it’s like a visual “key” that unlocks and fires up your imagination.” – Alice Cohen 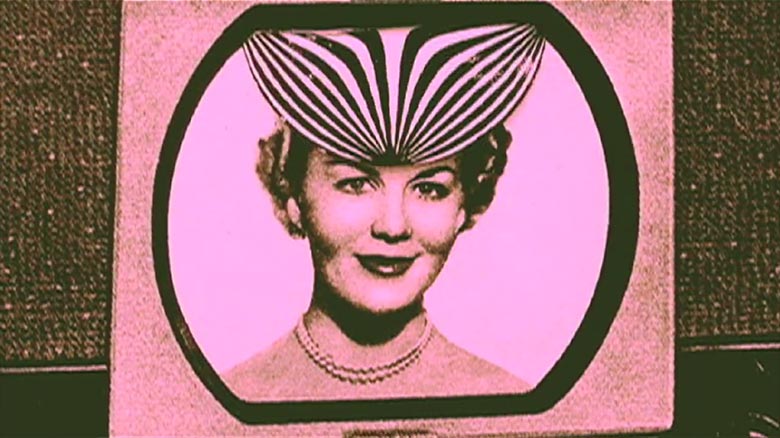 Below, we run through a hand-picked selection of Cohen’s music videos as she gives small insights into their creation.

“MAYa is a friend of mine [who] lives nearby, so we were able to actually work on it together, more than I usually do with some of the bands – a lot of whom I never get to meet. MAYa came into the project with a lot of ideas — books, images, and themes… which gave me more direction than I usually get. She also had input during the final stages of editing, with a lot of specifics for the color palette. She wanted it very muted, which is different than how I usually work; I usually go for super bright saturated colors. It was interesting to have a collaboration where my instincts were sometimes questioned, and the artist was present to see the video develop through different stages. In the end, I think all the ‘hashing out’ of ideas between us, resulted in a very cohesive piece.”

“Maria is very photogenic, and a natural entertainer, so she was a blast to work with and very open to trying things and having fun. I found inspiration from the magic scenes in Desperately Seeking Susan, where Rosanna Arquette is a magician’s assistant, as well as the scene in Celine and Julie Go Boating, where actress Dominique Labourier is wearing a top hat and tails, and doing this theatrical comedic act. In most of Maria’s other videos she was playing it pretty cool, and not really dressing up in costumes or ‘acting’ so much.”

“This piece went through three different permutations: the first was 30 minutes and created for a
performance by Grimes at The New Museum. It was a live projection. After that performance, I edited it down to 20 minutes, and made my own soundtrack. This was shown at several screenings. Then I made a short edit of about 5 minutes, and made a different soundtrack… The original inspiration was just to have a bunch of trippy, fun imagery to go with the Grimes performance. The night was put on by Altered Zones, which was a music blog featuring a lot of ‘hypnagogic’ music at that time — so I tried to incorporate what I considered ‘hypnagogic’ imagery with a somewhat feminine and sometimes mystical look.”

“For this video, I pretty much played off of the name of the band, and the title of the song. It gave me the impression of inhuman offices and cubicles and the robotic feeling of dreary office life. I love the ambient sound of the track — no vocals — which made it particularly nice to work on…. the vibe is sort of mystical ’70s office buildings, which somehow worked with this song, since it had a synthetic sound reminiscent of typewriters, office equipment and busy office worker-drones, at least in my mind.”

“This one has a super druggy sound and vibe, and a bit of a “dark” occult quality. I remember I found a book on narcotic plants, so peppered the video with opium poppies and psilocybin mushrooms. I also used religious imagery — nuns and saints from old paintings, and kind of made things sacrilegious by mixing the nuns with legs in fishnets, etc to sexualize the religious imagery. I think I put Jesus in a garter belt at one point…the song seemed to be mixing together these religious themes like praying on your knees, with a sexual overtone, so I had a lot of fun with that one.”

“This song has a very gentle, innocent quality. It had a sweetness and innocence I wanted to capture. I found a lot of images of dancers — an old Arthur Murray dance lesson book from the ’40s, and other imagery where I could have these couples dancing in the clouds. There are also horns in the song, so I had these boys playing trumpets and tubas in the clouds. The whole song has a sort of dreamy, soft romantic quality which was really fun to play with.”

“This was early on when I first started animating. I was still learning and experimenting, and I think the freshness shows. Lindsay Dobbin — aka Broken Deer — approached me via the internet. She was living in the wilds of the Yukon and making music in this primitive way on an old tape recorder; you can really hear the remoteness and quiet of the environment where she lived, in the music. So, I really got into the ideas of “nature”, “Woman”, “wilderness” etc… I found images of pioneer women from the old western frontier, as well as antlers, butterflies and moths. It was a cool collaboration because we communicated here and there through email, but we were from such different areas; I was sort of interpreting this Yukon wilderness from Brooklyn, so it was interesting.”

Over the course of sixteen eye-popping minutes, the music video for “Self Help,” a recently released track by Portland electronic musician Avola, takes viewers on a tripped out textural journey through a 3D-animated multiverse. Animated...