Drawing obvious inspiration from timelessness and less obvious inspiration from Aleister Crowley’s Thoth tarot deck, director Vinyl Williams takes Dub Thompson’s “No Time” and turns it into a multi-level philosophical exercise. Williams explores the slippery nature of existence by using both HD and analog techniques, which ebb, flow, and spin within a mad cycle, in such a way where beginnings and ends are indiscernable from one another. Timelessness, indeed. Read on as he speaks to his process and collaborating with the band.

How closely did you work with the band on brainstorming or conceptualizing this video?

We were in each others arms the whole time – had computers strapped to our femurs, and could only manage to use our big toes and pinky fingers to key in our commands to each other. We were limited to digital gestures/gestation, no speaking allowed. What came out of it was pure, untainted by thought, language, or digestible concepts. 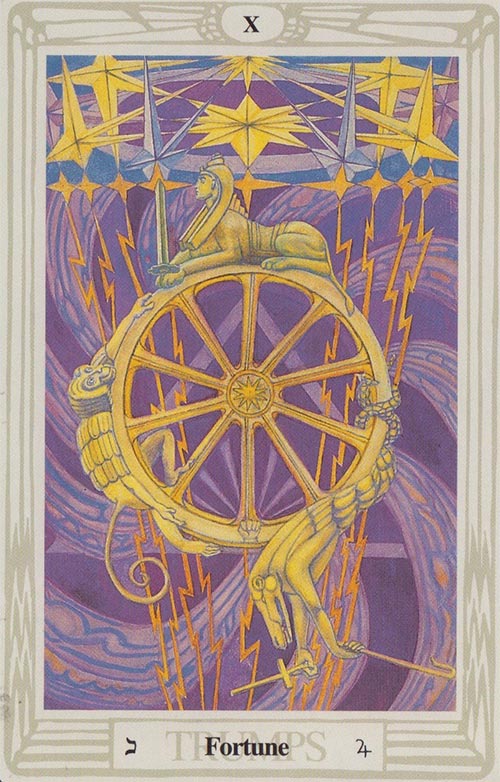 Beyond the obvious exploration of time, was there an overarching theme, narrative, or governing rule behind creating this?

If time was a space to inhabit, what would it look like to play within it? The 2-dimensional fabric that makes up the rave-dance game Twister, brought up into the higher octave, must be made up of 3-dimensional spheres instead of flat circles. And the spindle that determines which color to stretch toward couldn’t possibly be ordinary, it would HAVE to be a 3-dimensional space similar to the Wheel of Fortune card from the Thoth tarot deck (based on Aleister Crowley’s commands) – imagine if every game we know on this Earth had an expanded version played by inter-dimensional beings on the other side. Don’t think of the last scene of Men In Black.

Can you tell me about the 3-dimensionally-rendered objects and how they were created?

All of the human-like characters were generated with free online software; likewise, all of the objects in each space were made up of combined pre-existing models found for free online – the only thing I really modeled from scratch were all of the textural objects like clouds, water, walls, and primitive objects like mirrored spheres, pyramids etc. I enjoy the process of appropriation more than anything… it allows for a swiftness & flow.

Were the scenes and objects storyboarded beforehand? How did you decide upon them?

The only necessary plan was the idea for sequencing each color on the Wheel of Fortune to have an interior world, encapsulated by each sphere. So that when the space-age-beings would touch one of the colored spheres, you would enter into that quality of color, and find a miniature world inside.

How were the VHS distortion effects created? How much was analog versus digital?

After rendering all of the footage, I projected and filmed it with a Magnavox camcorder, fed its analog signal through a Tachyons analog video synthesizer, and then recorded onto tape. I did about 5 full takes of degradation, allowing it to go beyond my control, and then re-sequenced the best parts together after re-filming the already re-filmed footage with an HD camera. Doesn’t make sense at all… does it…?

What were some of the most challenging or exciting aspects of creating this?

This is the first film I’ve made with very short 3-10 second clips, instead of 1 or 2 really long walkthrough-esque camera motions. So, the process of arranging the scenes and finding a flow with the transitional nature of analog distortion really improved my compositional practice. The most challenging aspects included re-rendering scenes over and over again (which would take days) because the animations were always fucked up, and restricting myself to the usage of less flamboyant fruitful colors, to match Dub Thompson’s tune. My favorite moments lie within the degradation process, the process of filming, re-filming, distorting and compositing. The most fun an artist can have is letting art make itself, truly.