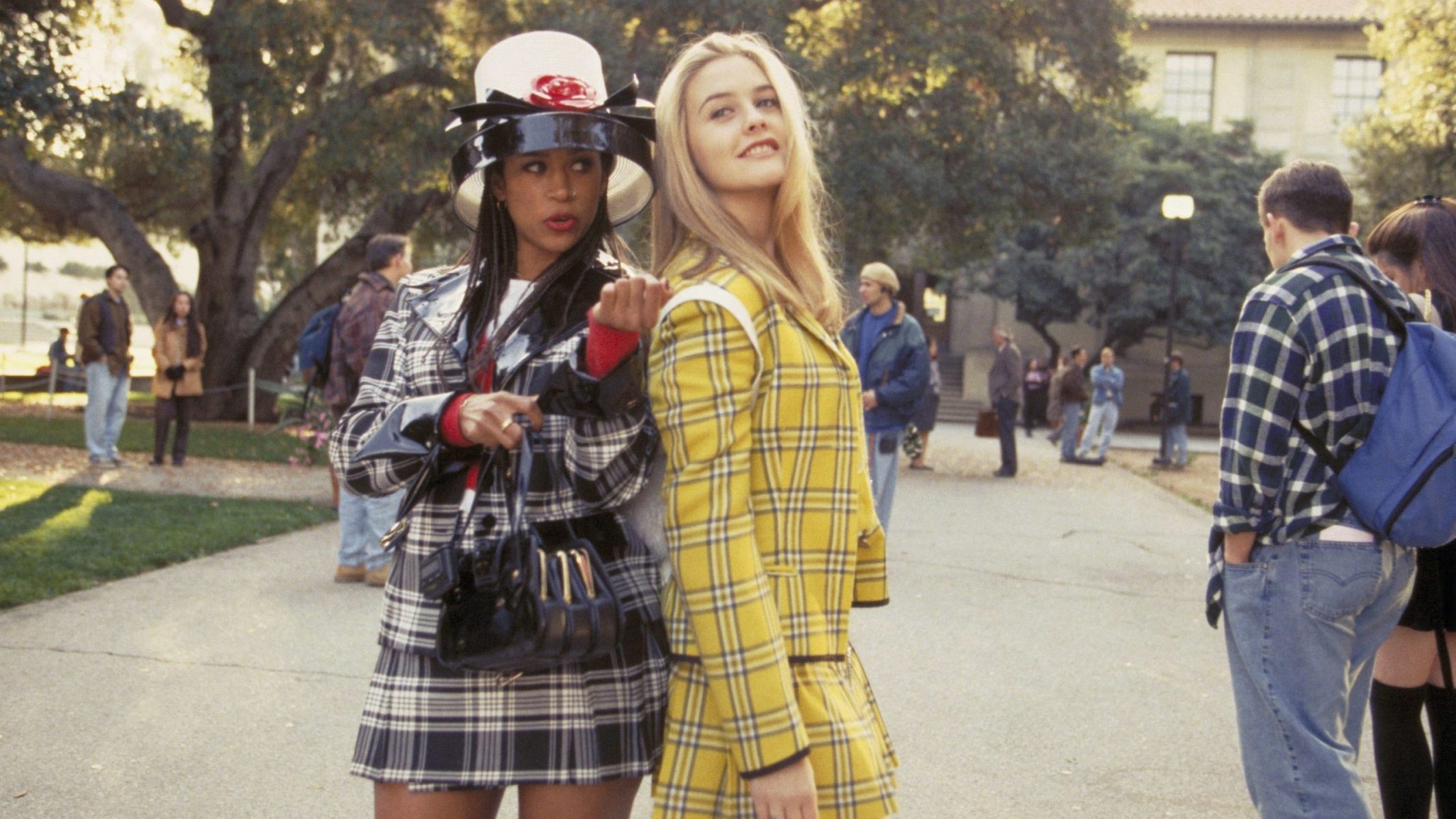 Cinescopes 2020 – Libra: Five Films to Reflect (and Reflect on) You this Season

Hannah Piper Burns10 min readSeptember 28, 2020Add comment
Welcome to Libra season! It is heralded, appropriately enough, by an Equinox, when the days are as long as they are short. Libra is cardinal air: it initiates, but it can be hard to pin down, and its realm, as with all air signs, is the conceptual.
Ruled by Venus, the lover and the diplomat, a planet of connection, Libra energy speaks through the language of aesthetics, the music of conversation, and the fun of flirtation. It eschews extremes, and embraces the multiplicity of subjectivity. For Libra, truth, beauty, and justice are all the same thing. Harmony means compensation. It means charm and calculation, always balancing the equation. Libra’s symbol, the scales, is the zodiac’s only inanimate object.
Libra season wants us to consider possibilities, weigh priorities, and remain open to loving the part of ourselves we see in others… or risk getting lost in our own projections and ambivalence.
Cinescopes is a monthly column about astrology and the movies. View the archive.

With that in mind, here are five films to help you get in tune with this year’s Libra season: 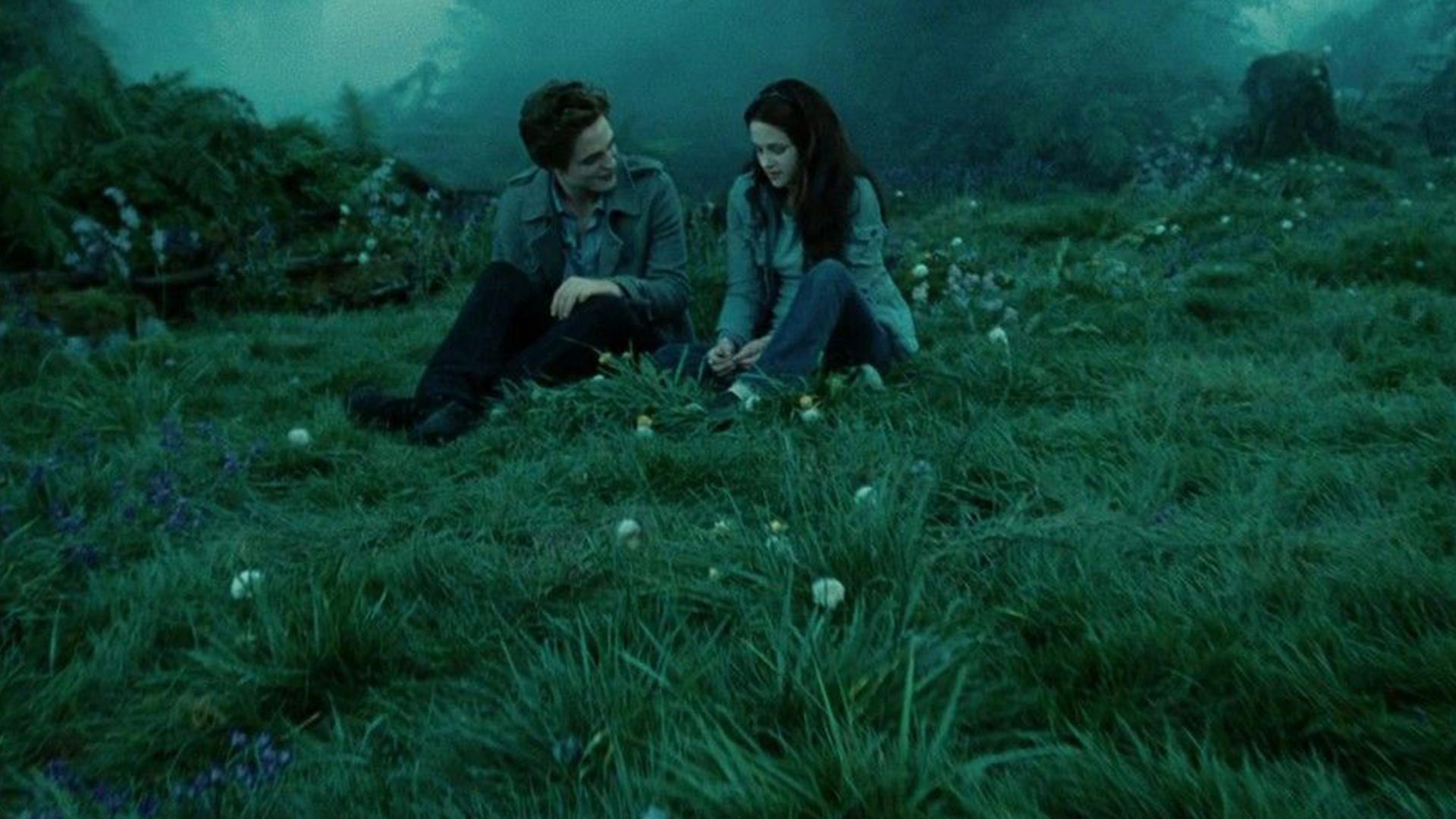 Not all vampire movies are Libra movies, but this one definitely is. Two words: Sparkly. Boyfriend.

Edward Cullen is hot forever, and cold forever, and he can hear himself reflected in the thoughts of everyone around him — except one person. Of course, she’s the one who most compels him. Bella, for her part, has that low-key Libra super-power of kind of being crushed on by everyone she meets, but she just wants to lay in a flower meadow, gazing into Edward’s eyes. Honestly, the whole thing makes more sense if you think of it like a live-action shoujo; it’s basically Fruits Basket, but with a different set of beasts.

But above and beyond all of that, it just seems somehow fitting to kick off the Libra season list with something people love to hate. Liking Twilight subjects one to judgement. Everyone’s got a ruling on it and not without good reason: It’s not good! It’s objectively bad! Both sides of Bella’s love triangle are after-school-special-level toxic, almost laughably so (almost). Twilight creatrix Stephanie Meyer shamelessly appropriated and distorted the culture of the very real Quileute Nation. And the vampires are so, so wrong. This isn’t even about the sparkles! They can see their reflections and enter uninvited, they don’t even bite right, and they inexplicably like sports! Of course, while all of this criticism is totally valid (I’ve just been informed that the Vampire Diaries guy is into football, but I stand by my disavowal of vampire jocks), they can’t really account for the vitriol Twilight is able to inspire. There have been plenty of “bad films” that are just as bad — or worse — and most get the MST3K treatment as a perverse badge of honor, not a scarlet letter. Being ridiculous is not a crime.

Part of it might be our culture’s inherent dismissal of all things loved by femmes, especially young femmes, which is sometimes just a side effect of giving off a strong Venusian vibe. But it’s more than that. It’s about seeing something of ourselves reflected in something or someone, and not liking it one bit. It’s the ContraPoints theory of cringe. Of course, Natalie Wynn has her Sun in Libra. 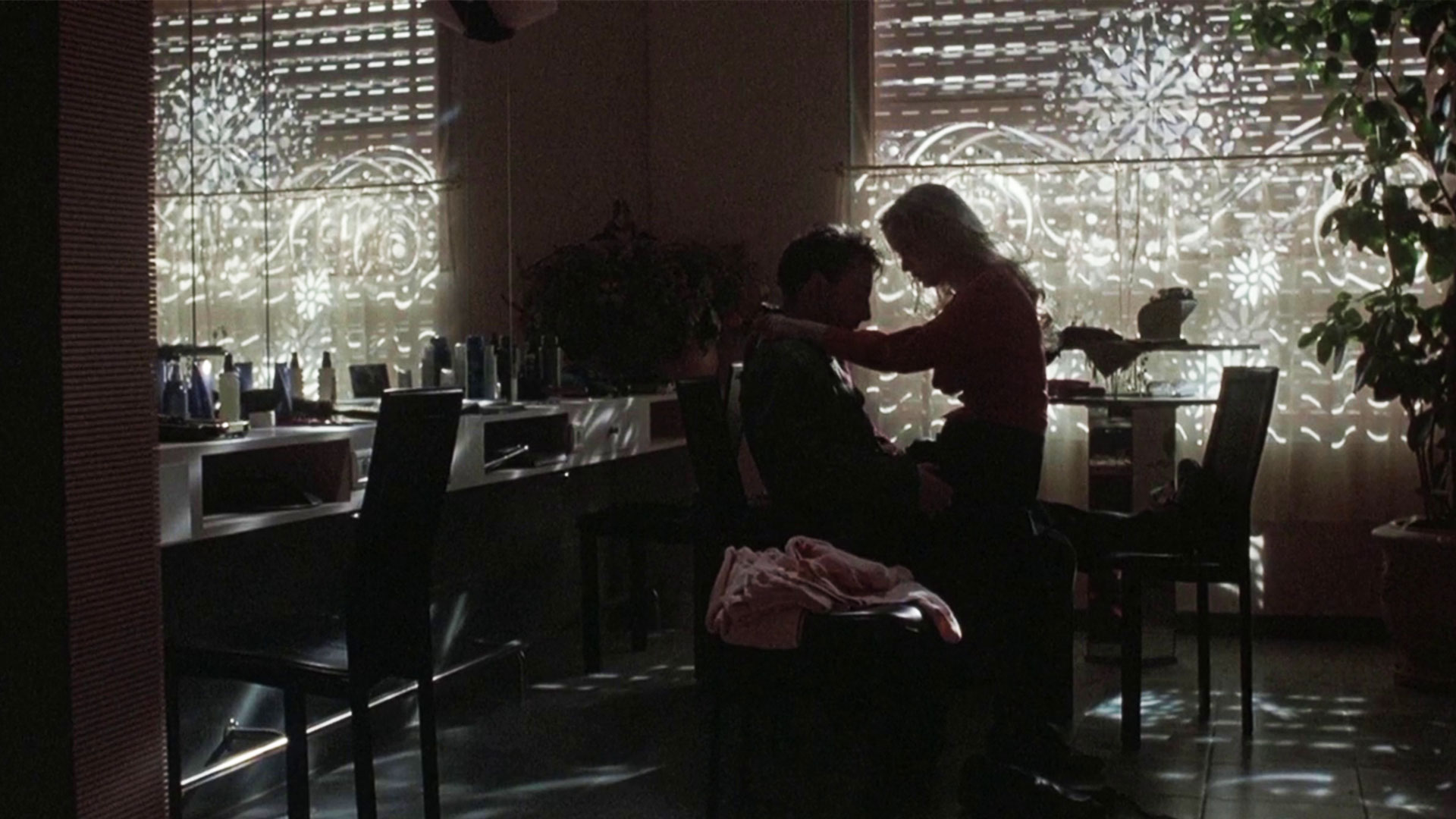 Polish filmmaker Krzystof Kieślowski’s Trois couleurs trilogy corresponds and responds to the three colors of the French flag and the French Revolutionary ideals of “Liberté, égalité, and fraternité.” Trois couleurs: Blanc, which takes on the concept of equality, is what Robert Ebert describes as “anti-comedy.” If Scorpio energy is vengeful (more on that next month), Libra just wants to get even. Sometimes leveling the playing field requires a bulldozer.

So, we bear witness to the fall and rise of one Karol Karol (Zbigniew Zamachowski channeling Charlie Chaplin), a Polish immigrant in Paris whose life falls apart dramatically after his marriage is annulled. Karol tumbles down the ladder of misfortune as a stranger in a strange land, only to find a fresh start at rock bottom. On his way back up, he sets his sights on reconnecting with his ex-wife (the lovely Julie Delpy). He wants to compensate, so to speak, for the power imbalance between them. He wants to face her on his turf, on his terms. The personal is political, and vice versa.

In a very Libra way, Trois couleurs: Blanc is deceptively deep. It’s got heavy weight, but it’s not made with a heavy hand. It’s a kind of love story, but it’s also about what one person can take from another, if they have the power. It probes the way the machinery of the state is sometimes confused with the more divine machinery that Libra represents, and the question that it asks: What is fair? 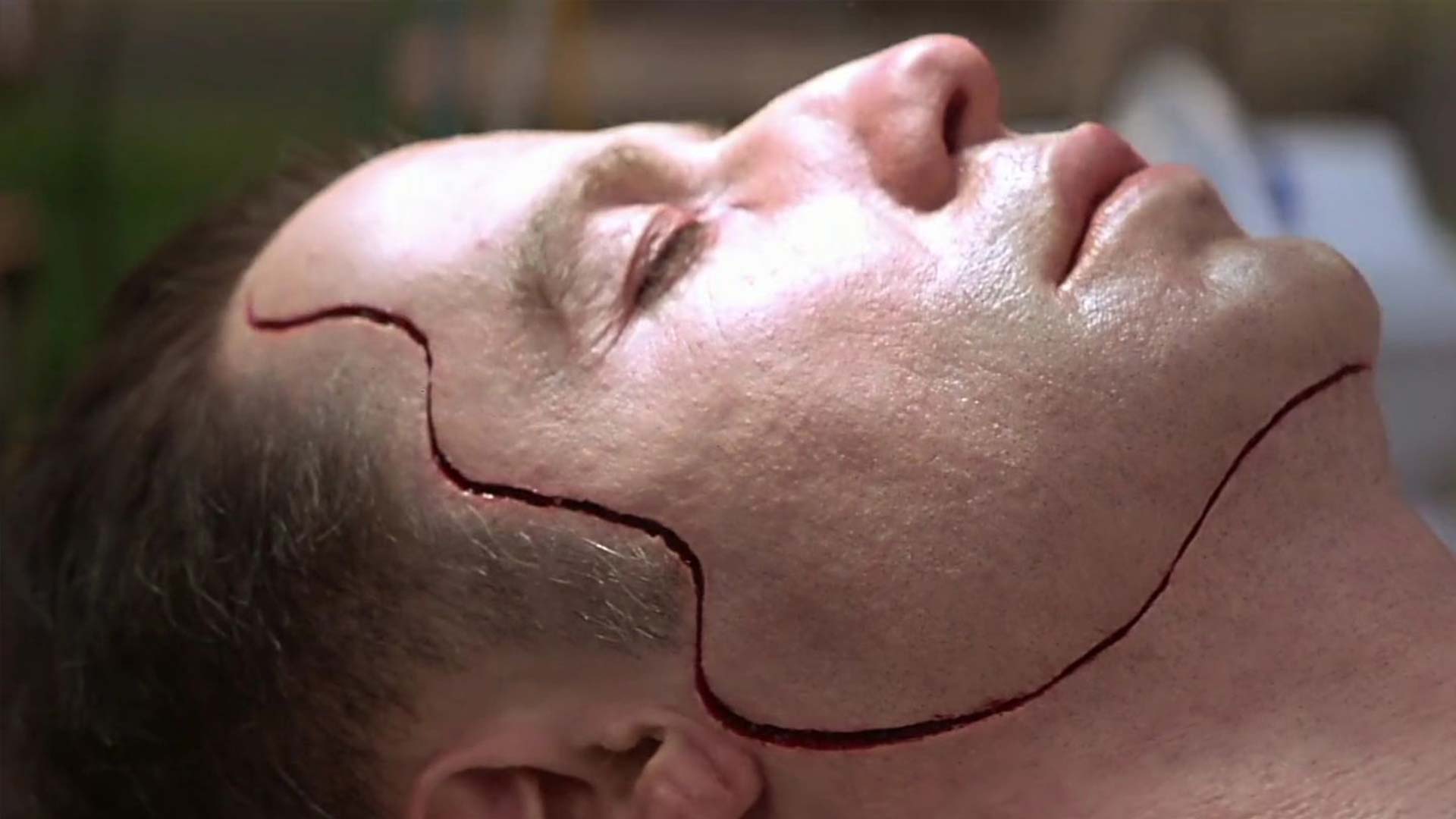 How much of who we are is determined by how others see us? Every body-swapping story is a Libra story. It’s not exactly empathy that’s offered by this sudden reversal of perspective. Rather, it’s a different kind of knowledge. It’s context.

For those of you who may not be familiar with this little cat-and-mouse caper, Face/Off stars Nicolas Cage and John Travolta as a terrorist-for-hire and the FBI agent who trades lives with him, via highly experimental surgery that remains extremely ahead of its time. It’s two over-the-top actors at the top of their game, playing each other. Hijinks ensue, and when I say hijinks, I mostly mean gunshots and explosions.

But if you still need convincing, take critic and screenwriter Barbara Shulgasser‘s (scathing) word for it:

“Woo is clearly an imaginative man, and there is no doubt that he can concoct six ways to do any given piece of business. Six ways to damage a speed boat, six ways to wreck an airplane, six ways to make surgery look disgusting, six ways to stage a prison rumble, six ways to mount a police raid. A good director would choose the best of the six ways and put it in his movie. Woo puts all six in.” 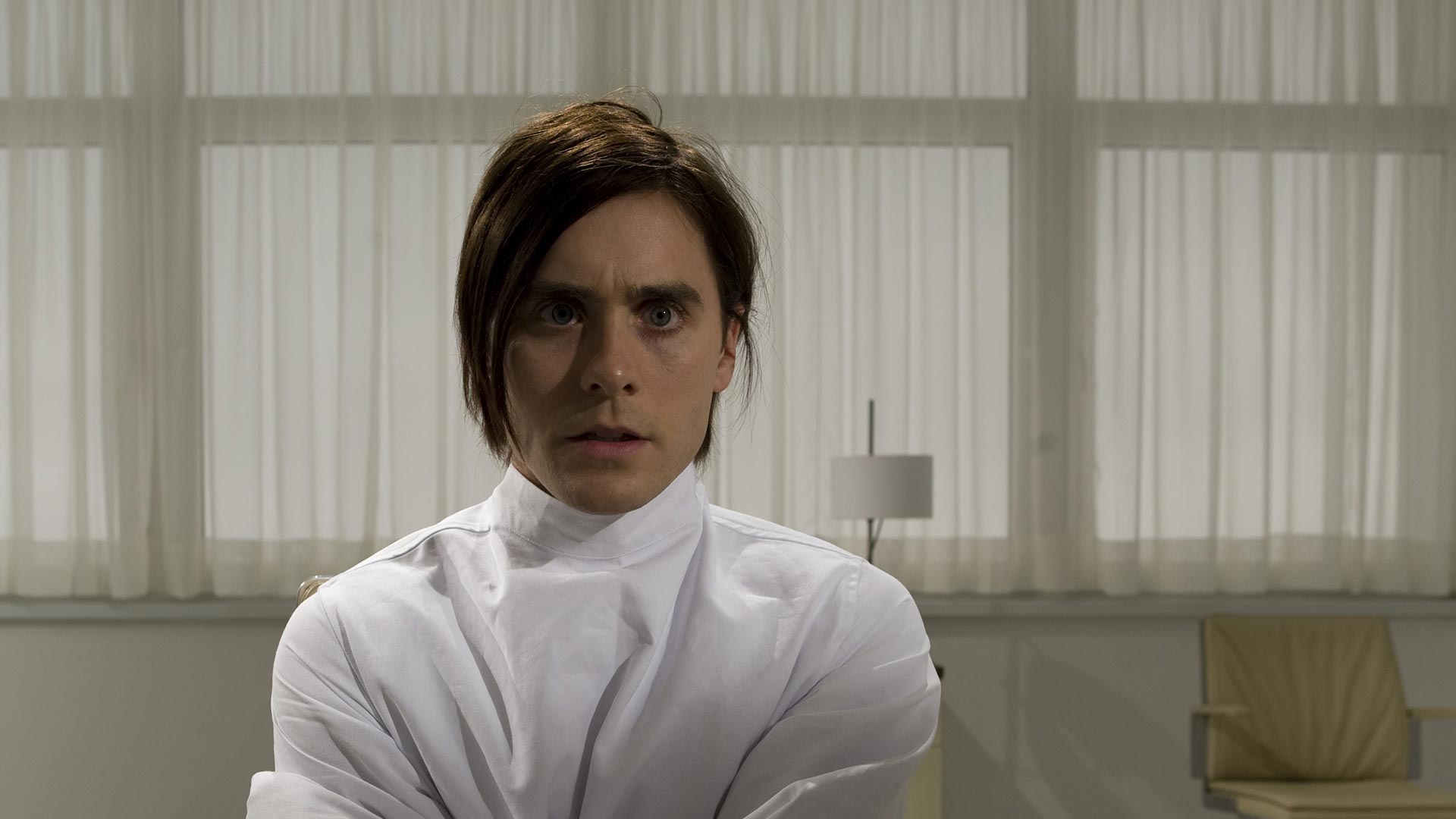 Speaking of choices, there’s a gem from John Koenig’s The Dictionary of Obscure Sorrows — “onism” — which describes the frustration of only being able to exist in one body, one timeline, at a time. Part of the Libra shadow involves a sort of endless weighing. Choices affect the balance; they upset the equilibrium. Time is a delicate instrument, and as literally any time travel story will painstakingly explain, it is very sensitive to change.

Mr. Nobody takes place in a fictionalized future “utopia” where only one mortal human remains: Nemo Nobody (Jared Leto, who is definitely enjoying himself). His life’s history, as he shares it with others, seems contradictory: It goes one way, and then another, and then another.  “As long as you don’t choose, anything is possible,” Nemo says, but then also it must be true that nothing is possible. We are, after all, a sum of our choices. Not making a choice is still a choice. It’s like that passage from Sylvia Plath’s The Bell Jar:

“I saw my life branching out before me like the green fig tree in the story. From the tip of every branch, like a fat purple fig, a wonderful future beckoned and winked…I saw myself sitting in the crotch of this fig tree, starving to death, just because I couldn’t make up my mind which of the figs I would choose. I wanted each and every one of them, but choosing one meant losing all the rest, and, as I sat there, unable to decide, the figs began to wrinkle and go black, and, one by one, they plopped to the ground at my feet.” 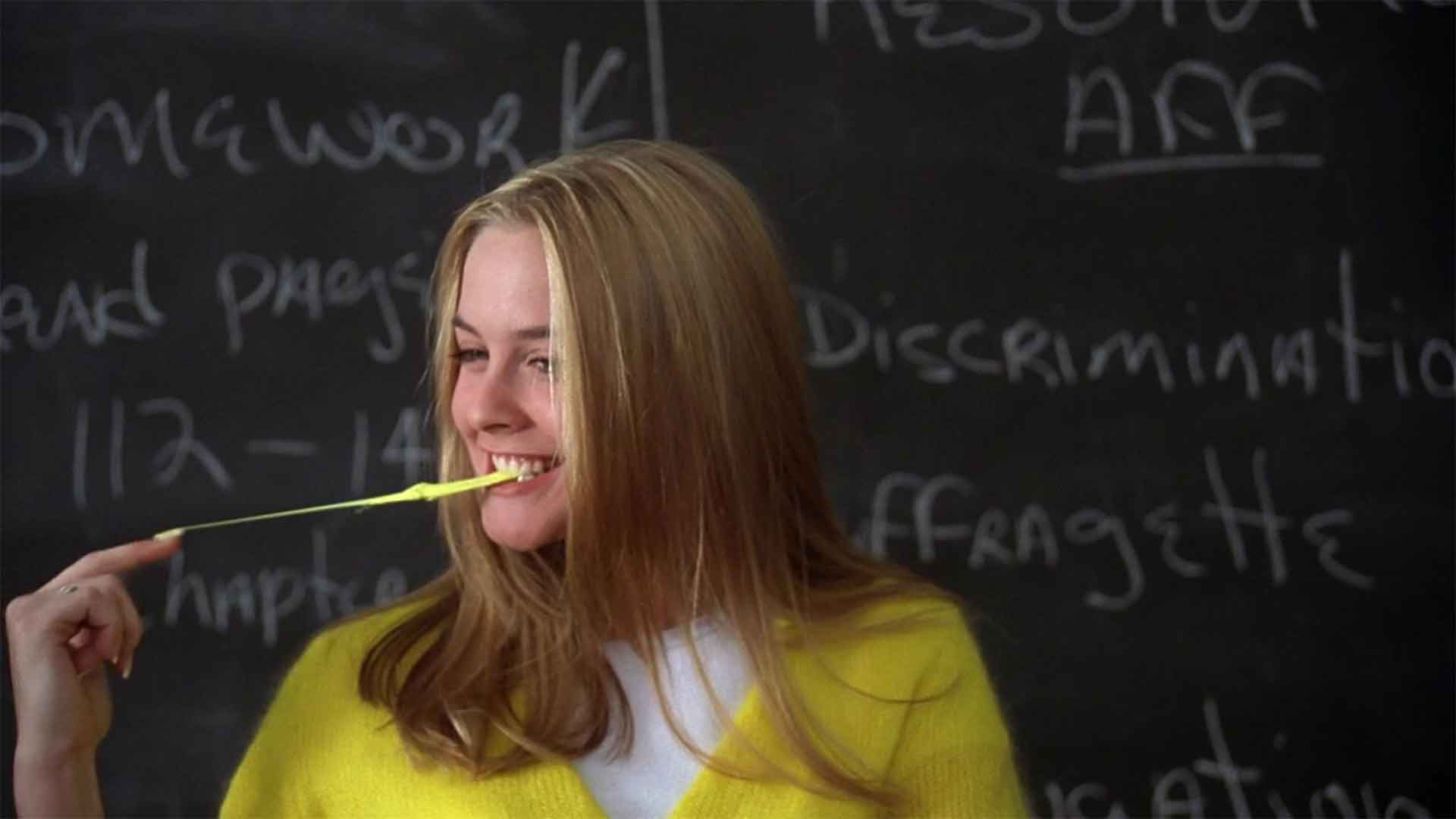 In true Libra fashion, we’re going out on a light note! I almost chose one of the two cinematic adaptations of Emma for this spot, but Clueless is basically the cinematic equivalent of Libran comfort food. The dialogue? Endlessly quotable. The fashion? Iconic. The soundtrack? Still slaps. Yes, Venus is present.

Cher Horowitz, played by the incomparable Libra mega-babe Alicia Silverstone, embodies this air sign’s unabashed love of truth, beauty, and justice, with flirtatious effervescence to spare. Cher is, in true Cardinal form, a trendsetter, and for her, fashion is a form of soft power. She is always “dressed up:” At school, she’s “dressed up” as a schoolgirl. When she’s writing poetry, she wears a beret. For her driver’s test, she needs the right outfit.

While her litigator father thinks arguing is an art form, and has passed that family value on to her, they have very different approaches. Cher’s strategy is appealing to people’s better instincts, and by and large, it works out for her. At the end of the day, Clueless is a movie about how to love the people around us, and how love makes us better versions of ourselves, and there’s just something so sweetly, quintessentially Libra about that premise. If Virgo strives for perfection as a discreet, holistic being, Libra strives for the more perfect union…whatever that might mean at the time.

Cinescopes is a monthly column about astrology and the movies. View the archive.