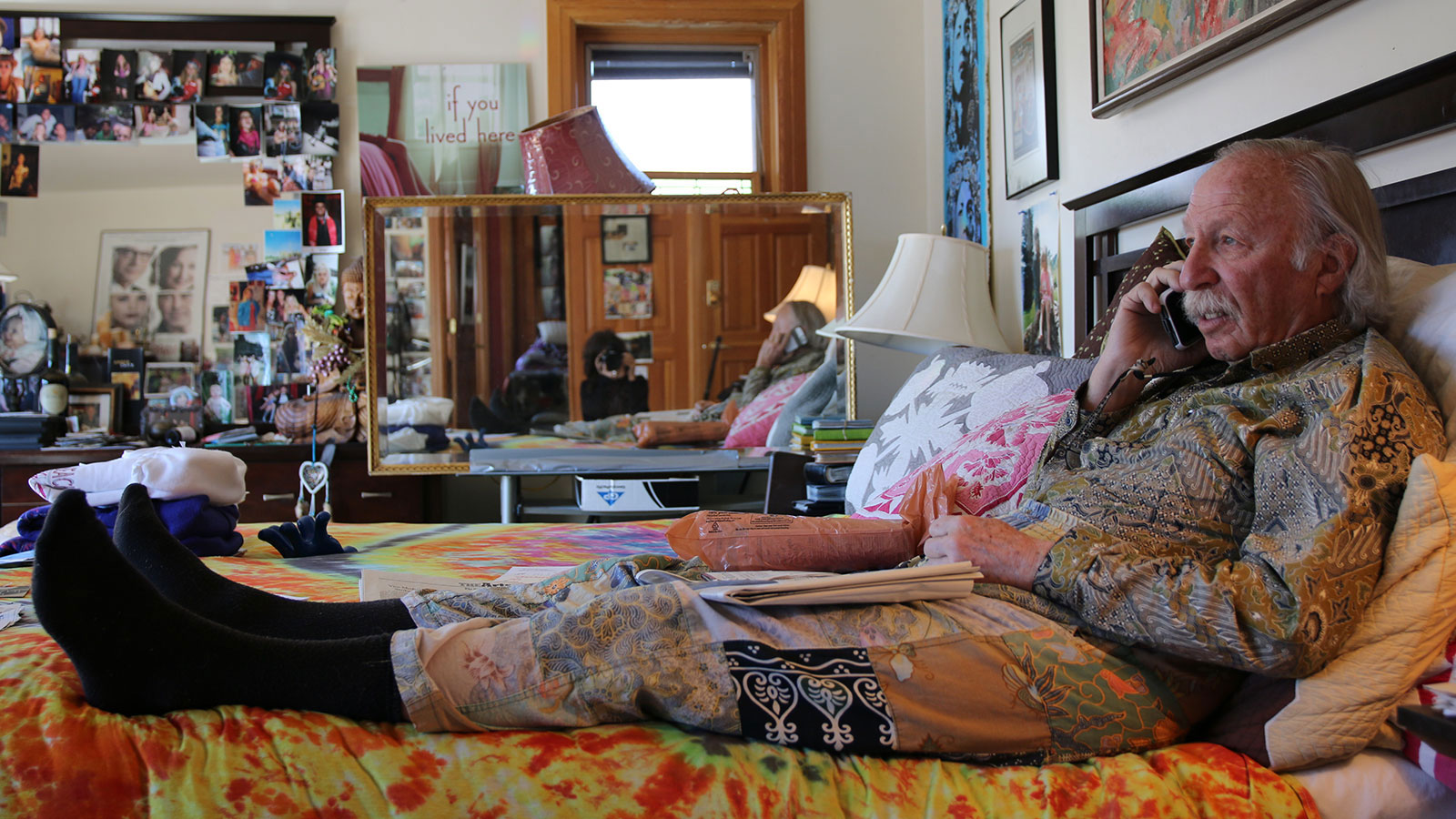 Film About a Father Who: Lynne Sachs Film Review

Alison Smith6 min readJanuary 30, 2021Add comment
In her 2021 documentary, Film About a Father Who, filmmaker Lynne Sachs recalls how her dad, Ira Sachs, owned two identical red Cadillacs that he swapped out for each other, never letting his family in on his con. While benign, this secret was the first of many more, which were often much more sinister.
Film About a Father Who, which is composed of archival footage spanning 1984 to 2019, is Lynne’s attempt to reconcile the loving father of her childhood with the deceptive figure enmeshed in a network of secret families. With his white walrus moustache and printed shirts, Ira was both a pillar of the community and a libertine, and his contradictions are the engine of this project.

Aesthetically, the film operates by its own dreamlike logic, cutting between time periods, places, and subjects without warning. It often feels as though we are in Lynne’s memories themselves, reliving her traumas with her. By the closing credits, the film is less an explanation of Ira’s character, and more a layered testament to the essential unknowability of even those we love most.

Overall, Film About a Father Who has a lived-in, DIY feel, splicing together materials ranging from grainy home video to dimly lit interviews. The relative banality of the footage makes the film’s visual motifs even starker. Several scenes are punctuated with footage of a volcano exploding, accompanied by the voices of Ira’s giddy children. How “true” is this scene, and what does it mean? These are questions that Lynne does not try to answer for the viewer. Another peculiar sequence is of a flickering field of daisies, which quickly turns into a whirling spiral of yellow and green, as the sensible collapses into the psychedelic. This moment perhaps points to the futility of trying to ascribe a linear, cogent storyline to a film as impressionistic and experimental as Film About a Father Who.

Yet not all is whimsy and light. Indeed, Lynne is not shy in portraying Ira’s womanizing. In a scene shocking in its offhandedness, Ira shows off a list of women he’s flirted with at parties to his son, turning page after page of names scrawled on yellow legal paper. Remarking to Ira Jr. how he took one of them to Miami, he laughs, “I’ve got a lot more to go! Miles to go before I sleep.” Painfully for the viewer, Ira Jr. seems in on the joke, either unfazed by his dad’s behavior or just numb to it. Lynne admits, with some chagrin, that Ira cycled through so many mistresses that she didn’t even bother to learn their names. Lynne’s sister Dana divides them into “major girlfriends” and “subsidiary girlfriends,” like a taxonomist describing a new species.

Film About a Father Who Trailer

Film About a Father Who is screening now through Northwest Film Forum (Seattle). Her retrospective at the Museum of the Moving Image will soon be touring cross-country.

Interestingly, Film About a Father Who doesn’t propose a root cause of Ira’s behavior, eschewing psychoanalysis for intimate, eyebrow-raising footage. Instead, viewers are left to reckon with the damage he inflicted on his children, who bear his surname like a scar. In one heart-wrenching scene, Lynne sits in a circle with some of her half-siblings listening to spurned daughter Beth tell her story. The film cuts between Beth’s poignant testimony and Lynne’s grilling her father on his treatment of the damaged Beth. Ira claims he didn’t know his quasi-girlfriend was pregnant; Beth knows he did. Ira claims he wasn’t a part of Beth’s life; Beth knows that he posed as her godfather until she was 13.

During this sequence, the usually charismatic and talkative Ira barely says anything but “I don’t remember”; the tearful Beth remembers all too well. The two scenes capture some of Ira’s contradictions: he’s shameless but coy; he seems to lack a capacity for guilt, yet is intent on forgetting his past. While Ira has the privilege of forgetting, the film makes it clear that his children lack that luxury. Burdened with the self-hatred that often accompanies abandonment, they never receive the catharsis of a heartfelt apology.

Although the rehashing of infidelities is well-trodden territory for memoirists, Lynne gives us a striking portrayal of how pain and secrets ultimately knitted together the unconventional community made up of her father’s children. In several scenes, Ira’s kids from multiple women gather and even celebrate together. The film shows surprisingly little jealousy or rivalry between the offspring, perhaps because, as Lynne’s half-sister Julia speculates, they were all equally neglected. They all hungered for his affection, waiting for the day he would choose to be a real father.

Yet Julia’s notion of their group accord is belied by a scene where she and Lynne lie on a bed and tell stories about their father. Lynne explains how at a dinner with her half-brother Evan, she caught a glimpse of Ira’s insurance card in Evan’s pocket. The card listed Ira’s dependents with two names cut out—Julia and Beth’s. While the idea of a group united in pain may be comforting, the insurance card serves as a potent symbol of Ira’s favoritism.

Despite attempts by Film About a Father Who to illuminate Ira’s character, he ultimately remains an enigma. In scenes where he cheerfully evades any admissions of guilt, the viewer wonders whether there is a bedrock of conscience beneath his washed-out hippie charm, or if “I don’t remember” is as deep as we’re going to get. Dana may summarize the mystery of Ira as well as anyone when she says, “He can be selfish, but he also really loves people.” In the same vein, Lynne tells us that he was the sort of person who organized food drives while shamelessly bribing much younger women with fancy dinners. While Ira’s opaque nature can be frustrating, his children nevertheless offer a model for functional family dynamics even in the aftermath of betrayal.

Lynne’s film, clearly a product of immense time and devotion, also suggests the possibility of understanding without forgiveness. At its core, Film About a Father Who is about a daughter’s complicated love for a father who never made loving him easy. 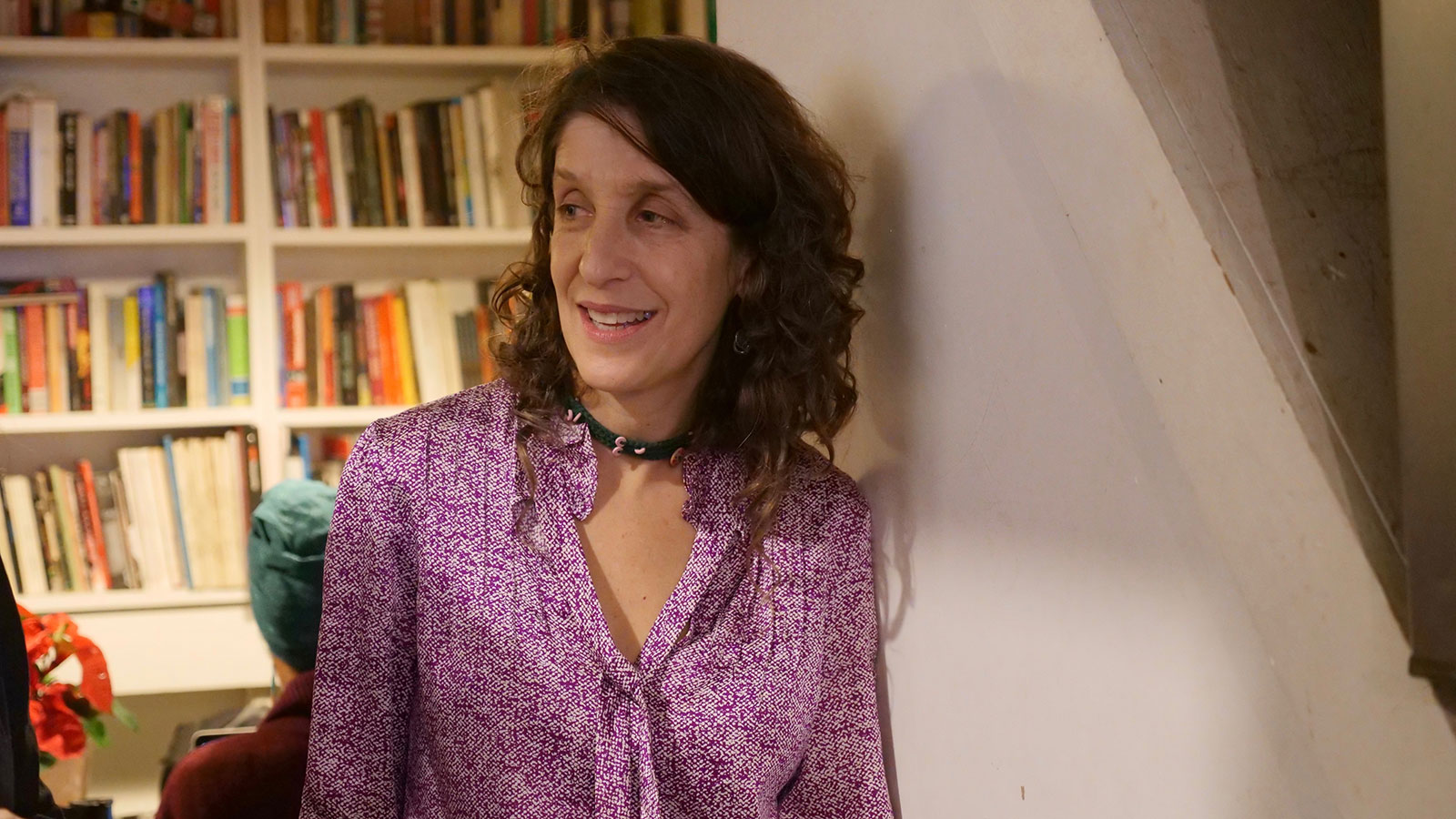 Family Histories: Archival Explorations in Personal Documentary Filmmaking Panel
Film can serve as memory, leading us to explore and understand our individual and collective paths, by unearthing histories in deep and meaningful ways. In this panel, filmmakers from around the country provide commentary on using archival footage to tell their own tale of upbringing.

Featuring Lynne Sachs (Film About a Father Who), Thérèse Heliczer (The Invisible Father), Darol Olu Kae (i ran from it and was still in it), Alvin Tsang (REUNIFICATION) – password: sundancefamily