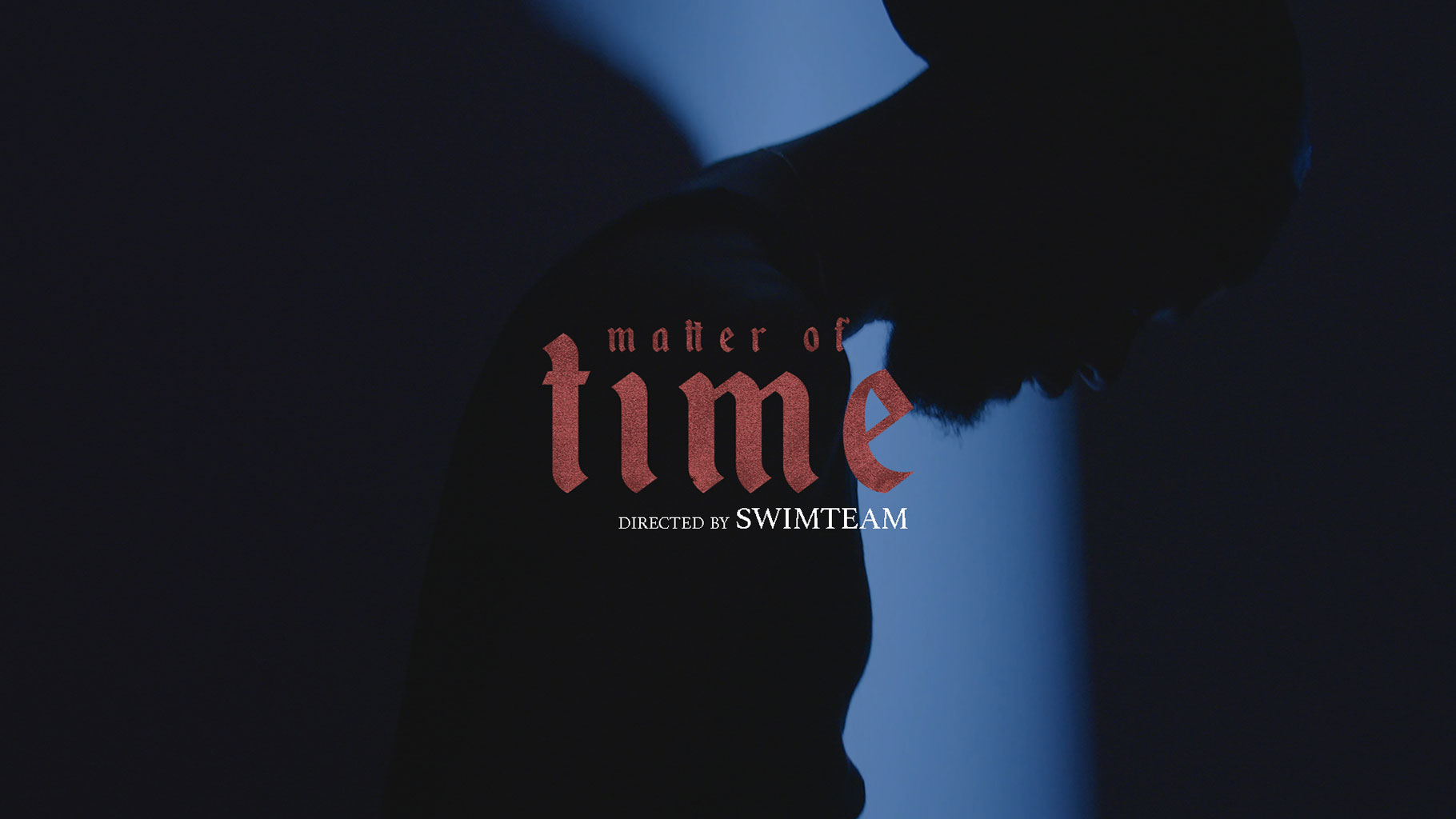 With the 24-minute narrative short film, Matter of Time, Seattle-based production company swimteam join forces with hip-hop musician T.J. Bell, aka Campana, to create their most ambitious collaboration to date. Matter of Time follows a young Black man as he moves through the world and struggles to survive. The short film starts off as a crime drama full of drug deals and charismatic gangsters, but soon devolves gloriously into an off-beat comedy. All along, its mood shifts somehow remain cohesive, woven together by slick editing and an underlying soundtrack by Campana’s album of the same name.

The film took root in 2019, when Bell approached swimteam with an idea. They had previously worked together on Campana’s other music videos, but this time around, Bell wanted to do something outside of the box. He had already seen plenty of other musicians record short skits or incorporate performance footage within other short films, but he had yet to see anyone incorporate a full studio album as the soundtrack for a film. Matter of Time became the perfect opportunity for the long-time collaborators to expand their collective horizons.

“We’ve always been doing music videos forever or little recaps…” say swimteam. “It was in our bucket list to get a short film under our belt; to see if we can even do it. We challenged ourselves and really liked how it turned out.”

Building off of Bell’s initial concept, the collaborators worked deeply on character development and dialogue, to set themselves apart from their strictly music video counterparts.

“We gave personalities to each character — to kind of build a world around the film as a whole,” Bell explains. “It wasn’t necessarily that knowing what type of personality each character has matters in the grand scheme of things, but [we did it] to really help pinpoint on what type of character we wanted to portray in the film.”

Ultimately, the work which went into creating each character may not be obvious on-screen, but it certainly helped with acting and directing. The production largely cast local non-actors, but still managed to invent a number of memorable characters spouting clever one-liners.

“It was terrifying, because going from music videos, we don’t ever have to hear anyone speak on camera, and we can kind of get away with flashy visuals,” say swimteam. “[But] I think we really nailed it when it came to having the flashy visuals and also having thoughtful dialogue that wasn’t just there to have fluff. We really wanted it to have an overarching, ‘What is the moral that is being learned? Or what is the lesson that is being taught?’ Something that’s engaging, but also has metaphors throughout.”

Much of Matter of Time is light-hearted and playful, even as it is trying to espouse some kind of message. Such duality suits the brands of both swimteam and Campana.

“There’s serious context to a lot of songs and lyrics that I have, but we understand that there’s two sides to people. There’s duality to how people consume art,” Bell explains. “They do enjoy things that they can really think critically on, but also things that are pretty surface level or are just enjoyable and fun. We wanted to incorporate all of that into this short film as a whole, and still get the message across.”

“It’s so hard to watch a 30-minute film that’s all serious the whole time…” say swimteam. “We didn’t just want to make a serious crime drama; we wanted to give it some type of dark humor, too.”

Appropriately, the act of turning drama into dark humor even made a cameo in real life. As the film crew was in a private residence, shooting a scene with prop guns, they received a knock on the door of the house. It was the police.

“We were all super confused,” Bell recalls. “I walk outside, and there’s three or four cop cars, and they’re just behind their cop cars with AK’s, shotguns, all types of weapons, telling us to come out the house.”

“They were like, ‘The house is surrounded,'” swimteam adds. “It really was surrounded. Someone tried to go out the back, and they said that the cops were out there, too.”

While the incident was jarring, the crew let the police know that they were shooting a short film, and the incident diffused in a bizarrely comical way.

“One of them came inside and saw literally the whole set-up — people there with papers in their hands, and they’re like, ‘Oh, alright,'” says Campana.

“It was pretty funny, because we all knew that we weren’t in the wrong, so we kind of weren’t taking it too seriously,” swimteam laughs. “One of the cops even slipped on the stairs and busted his ass and got up and said, ‘You guys are good to go.’ It was great.”

One has to wonder, however, if the run-in with the police could have been avoided if the filmmakers would have had more resources at their disposal. Matter of Time was a passion project, driven by many hours of donated labor and many favors being called in. It was shot for just under $6,000 — and with a larger budget, perhaps they could have taken precautions to stave off such accidents. Regardless, what matters more is that the final product stays true to their vision, and it serves as a calling card for their future.

“With this film, we knew that we weren’t going to have the biggest budget in the world, but we knew that we had ideas that we could somewhat put to life with the budget that we did have,” explains Bell. “This is definitely grounds towards wanting to network and get specific people to invest in future ventures… because it was definitely a lot of fun, but it made us aware of how tedious and stressful this could be. I can only imagine how much of that would be alleviated with a bigger budget.”

As a medium, music videos are a breeding ground for new talent, often displaying ingenuity and creativity from emerging filmmakers who have a strong sense of aesthetic, tone, and rhythm. Yet even the best music video directors can sometimes be pigeon-holed, with the jump from music videos to narrative filmmaking often feeling elusive. Many wait to be given the opportunity to make the jump; dedicated artists like swimteam and Campana make the jump themselves. With Matter of Time, their shared creative vision is for a next phase that’s even bolder and bigger. One can bet that it’s only a matter of time.