Vee Hua 華婷婷1 min readMarch 16, 2021Add comment
Seattle writer and director Wes Hurley’s feature debut, Potato Dreams, is at once a colorful pastiche of past memories and an unconventional queer coming-of-age tale. Premiering at SXSW 2021, the film is set partly in Vladivostok, Russia, just after the fall of Communism, and partly in Seattle, Washington, after Hurley and his mother eventually immigrate there.
While still in Russia, Hurley is portrayed by Hersh Powers as “Little Potato” — a young boy who becomes obsessed with American movies as soon as bootleg TV channels become available. He shares company with his mother (Sera Barbieri), who works as a nurse in the corrupt prison system, and his grandmother (Lea DeLaria), whose love is cold and stern. Also in the atmosphere are peer-aged students Little Potato has almost nothing in common with, and a flamboyant Jesus Christ (Jonathan Bennett), which symbolizes Hurley’s “obsession” with Jesus as a young Christian boy.
Complete with world-bending elements of magical realism, custom-built sets, musical numbers, and plenty of ensemble cast, Potato Dreams of America manages to squeeze a deeply considered aesthetic and high production value out of a modest budget. It draws on the collaborative expertise of cinematographer Vincent Pierce, lighting designer Robert Aguilar, who has a theater background, and production designer Kristen Bonnalie to push forth a cohesive cinematic vision.

“In Russia, I had a very clear vision of being inspired by Baroque paintings like Caravaggio and things dissolving into dark or emerging from the dark.” – Director Wes Hurley

Drawing inspiration from Baroque paintings, the team managed to build sets as stand-ins for a Soviet school, apartment, and prison, and then lit them dramatically to give all of the Russian scenes a theatrical feel.

“Because of limited budget, we couldn’t build as many full sets as we wanted, so [production designer Kristen Bonnalie] built one set that kind of tripled as three different sets…” Hurley shares. “She would line the layers and layers of material on top of each other, and the next day, we would just strip that layer, and then it would be a different set… it was just amazing.”

Hurley loves the challenge of scaling thing down creatively to make budgets work. In Potato Dreams of America, the minor concessions the team was forced to make ultimately led to independent film ingenuity. One example can be found in the Russian classroom scenes, which Hurley had originally written in a pretty straight-forward way. When financial considerations prohibited the production from making authentic “Soviet style desks” — which Hurley said he would have required — they opted for a more experimental approach instead. Drawing inspiration from a number of high school photos Hurley had held onto, all the classroom conversations took place during group photo shoots instead, with all the students lined up in tiered rows.

“In a way, it sort of makes it a little more presentational, theatrical, weird and a commentary on fitting in…” explains Hurley. “It started out as a budgetary constraint, but I’m actually much happier with the way it is now than if it were a regular classroom scene.”

Perhaps the film’s most grimace-worthy event takes place during one of these group photo scenes — when the entire class moves from one offensive behavior to another. Their casual slew of homophobic comments eventually snowballs into everyone chating a Jewish slur in unison. The teacher only fans the flames. 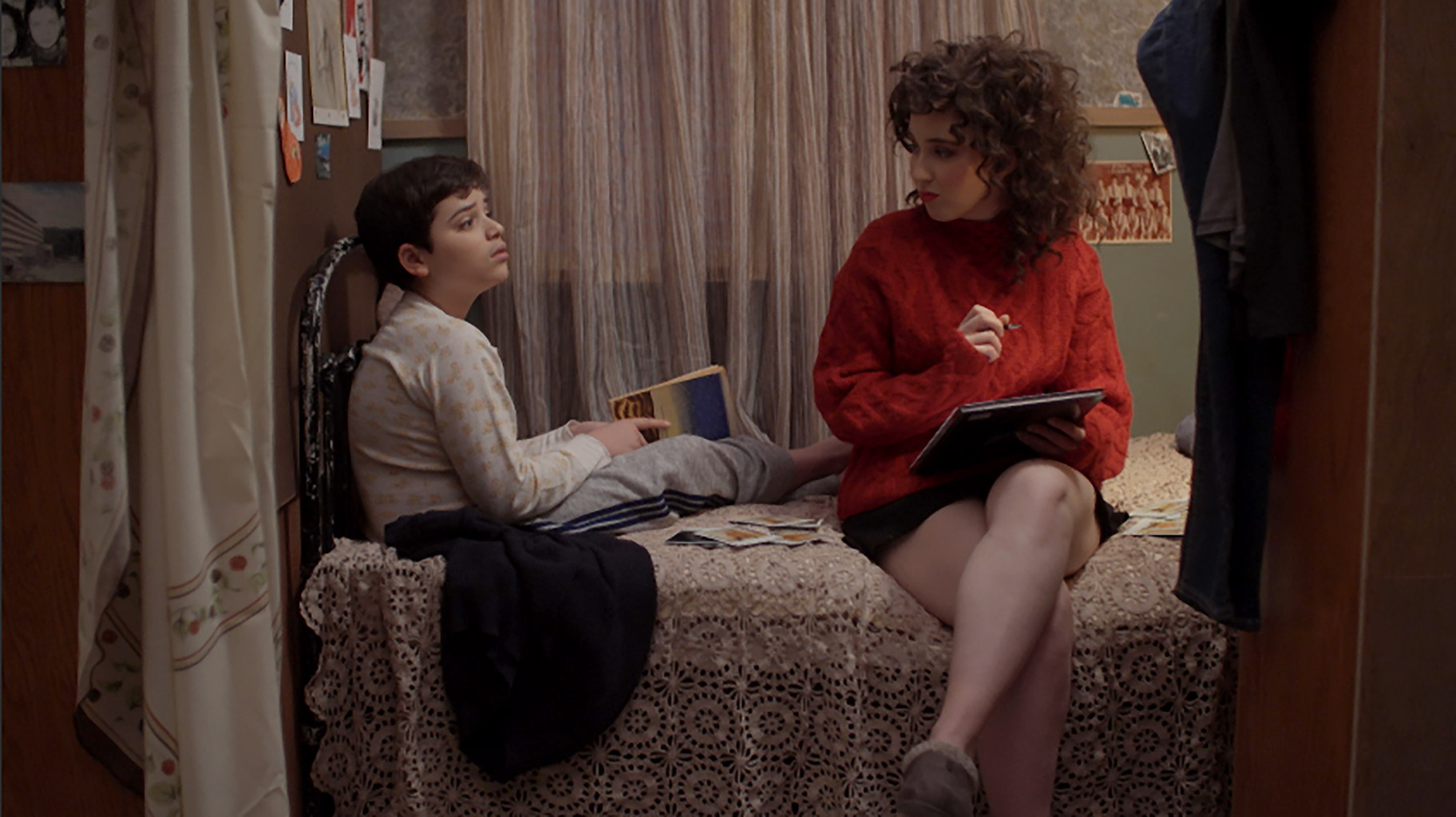 The crux of the story is coming to America and being an immigrant… it was really important to me to impress on American audiences that sense of: suddenly, you’re child-like; suddenly, you’re alien; suddenly, you don’t fit in, or you’re struggling to communicate and people don’t understand you.” – Director Wes Hurley 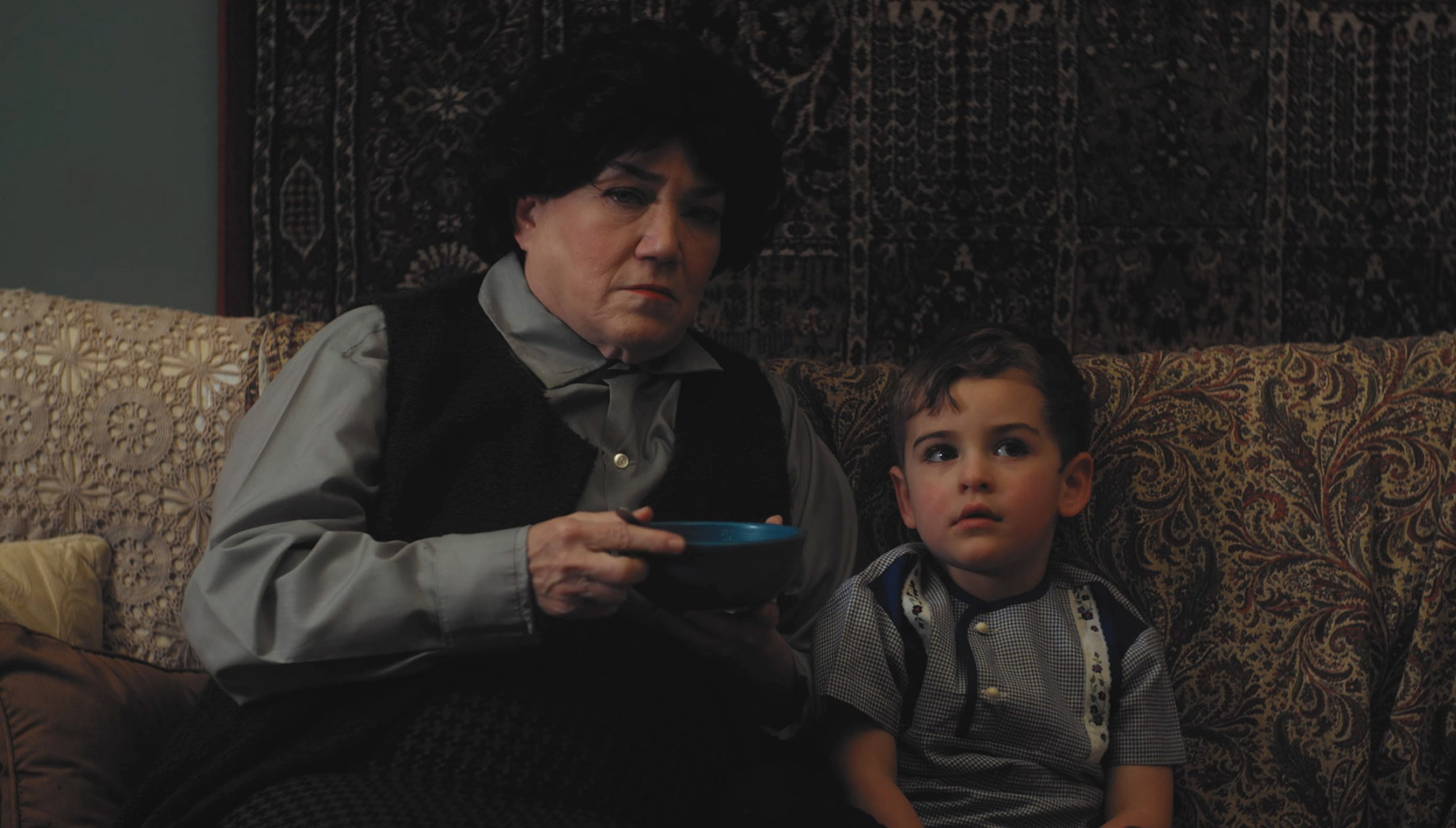 Potato Dreams of America contains plenty of moments that reflect that age-old adage of “truth is stranger than fiction” — but as Hurley explains with a giggle, its events are “99% reality.” From Potato’s mother becoming a mail order bride to secrets about his new father (Dan Lauria) in America, the film’s many twists and turns are presented in both adorably lovable and darkly comedic fashion. And though the nature of semi-autobiographical works required Hurley to condense certain characters and omit certain events, he stresses that nothing was made up.

One of Hurley’s favorite moments revolves around a misguided liberal teacher who condescendingly encourages Potato to celebrate his Russian heritage, and thus, transfers him to ESL even after he expresses his deep desire to learn English. She even introduces him to a fellow Russian student so they can speak Russian together. The only catch? That student isn’t actually Russian at all; he’s Georgian.

“That was one of my favorite moments, especially the transition of the teacher to the student,” laughs Hurley. “She thinks that they’re going to be best friends, but it’s actually everything that Potato is trying to escape.”

Hurley’s use of accents throughout the film is notably symbolic. While in Russia, every character in the film speaks with typical American accents because they inhabit the same world. Once they reach America, American Potato, played by Tyler Bocock, and his mother, played by Marya Sea Kaminski, become the lone characters with Russian accents.

“The crux of the story is coming to America and being an immigrant… it’s almost like a second childhood; you’re reborn again when you come to a different country, and you have to learn a different language…” explains Hurley, who also cites the fact that his original ID card said “permanent alien” on it. “It was really important to me to impress on American audiences that sense of: suddenly, you’re child-like; suddenly, you’re alien; suddenly, you don’t fit in, or you’re struggling to communicate and people don’t understand you.”

“To me, the superficial quality of language is not as important as what it stands for,” he adds.

Yet while Potato Dreams of America is an immigration story, it is also a story of Potato learning to embrace his sexuality. American Potato discovers gay films through Seattle’s famous Scarecrow Video store, and ultimately finds liberation by sharing his truth with his family and discovering other gay people in Seattle. The city itself also serves as a character, in a way.

“Coming from Russia anywhere to America would have been an improvement, but coming from Vladivostok to Seattle was especially an improvement, in terms of beautiful people and people being more open,” reflects Hurley. “It really exaggerated the whole experience of this Cinderella story wonderland of coming to a better place.”

This transition is best portrayed through a musical number featuring performer Lady Rizo as the Virgin Mary, complete with glittery robes, background dancers dressed in furry angel wings, and a soulful song about freedom. Likewise, a who’s who of trans and queer artists from Seattle also make guest appearances throughout the film, and their presence also serves as a strong indicator of the local support which was necessary to pull off a feat like Potato Dreams of America.

“This is my community; I could only make this movie because so many people rallied behind me and were willing to help out for free or work for very little money, and give everything they have to help to make it happen,” says Hurley.

Potato Dreams of America premieres at SXSW 2021 from March 16 to 20, 2021. Find tickets here, then join director Wes Hurley and other members of the crew in conversation on March 22, via Northwest Film Forum’s monthly event, The Get Together. RSVP for free here. 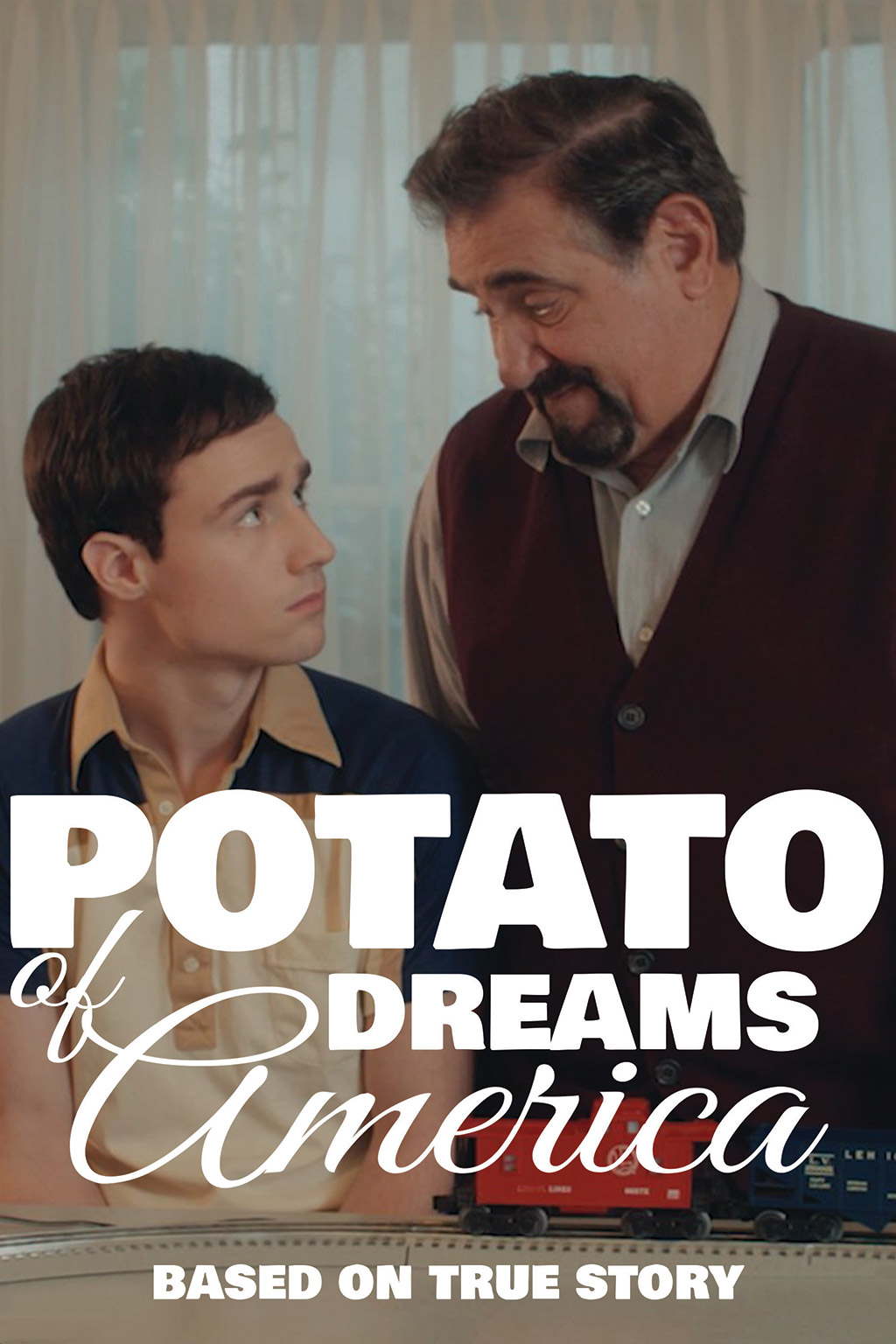