Early on in Sophie Jones, a feature film written and directed by Jessie Barr, the high school protagonist says to her guidance counselor matter-of-factly, “At least I’ve been coping well. I mean, I haven’t been cutting myself, or drinking, or taking drugs, so that’s cool, I think.” Yet while Sophie may not be exhibiting the classic symptoms of a teenage crisis, the viewer knows from the film that she’s not exactly fine, either.
Sophie Jones chronicles a year in Sophie’s life after the loss of her mother — a year of parties and panic attacks, awkward family dinners and emotional breakdowns. The film, with its realistic feel and raw performances from mostly first-time actors, plunges us headfirst into Sophie’s attempts to find herself. It also allows its protagonist her moments of reprieve as she explores the lush Pacific Northwest wilderness and gets lost in indie music. To its credit, Sophie Jones largely avoids clichés of grief, instead finding a quiet grace in Sophie’s cycles of confronting the world and returning to herself.
For Barr, this material was deeply personal. “I lost my dad when I was 16, and I never really spoke about the loss, and I never really confronted the truth of my life or who I was, I kind of ran from it,” she explains. “But it had been almost as long as I’d been alive without him as I’d been alive with him, and I started to open to these feelings of grief, and wanting to dance with them a bit.”
“I see a lot of films about teenage girlhood, and a lot of it is so sensationalized. Staying honest, I wanted to see people’s zits, I wanted to see their capillaries, I wanted to see their skin flushing. Honoring all of that — the blemishes, the rawness — was so important because that’s where the truth lies. So when things were awkward, I wanted them to be awkward. I didn’t want it to be like a performance of the thing; I just wanted us to see the truth behind the real experience.” – Jessie Barr

As well as being inspired by her father, Sophie Jones is the product of a collaboration between Barr and her cousin, also named Jessica Barr, who plays Sophie and is credited as a writer on the film.

Echoing Barr’s experience, Sophie’s journey is far from straightforward. Sophie Jones eschews funeral scenes and flashbacks for a less traditional take on navigating a destabilizing loss. In the absence of prescribed rituals to follow, Sophie makes up her own. In one indelible scene, she shakes an engraved box that holds her mother’s ashes, then dips in a finger and brings it to her lips. Yet as much as this scene makes clear her desire to be viscerally close to her mother again, she can’t help but grimace. Barr wants the film, in fact, to startle the viewer into empathy.

“I felt, instinctively, that the story I wanted to tell was about this girl’s experience and putting the audience in her position, so breathing every breath with her, taking every step with her,” says Barr. “I wanted it to feel very immediate. In my mind, the experience of grief was a fluid transformation throughout the film.”

Sophie spends the film seeking this immediacy. She gravitates towards the sensual, towards pulsating neon party lights and hands grasping at floral dresses. In an early scene, she licks a lollipop with an impish smile as she and a classmate named Kevin (Skyler Verity) sit across from each other in a coffee shop, and asks, “Have you ever done this before?” He responds with an awkward laugh, “What, make a plan to hook up with someone?”

But Sophie is undeterred, determined to figure things out, including her sexuality, on her own terms. The film portrays that journey with a lack of judgement that is rare to see onscreen. For Barr, authenticity is a mission statement of the film. The viewer never feels like a voyeur, but rather like Sophie’s confidant. 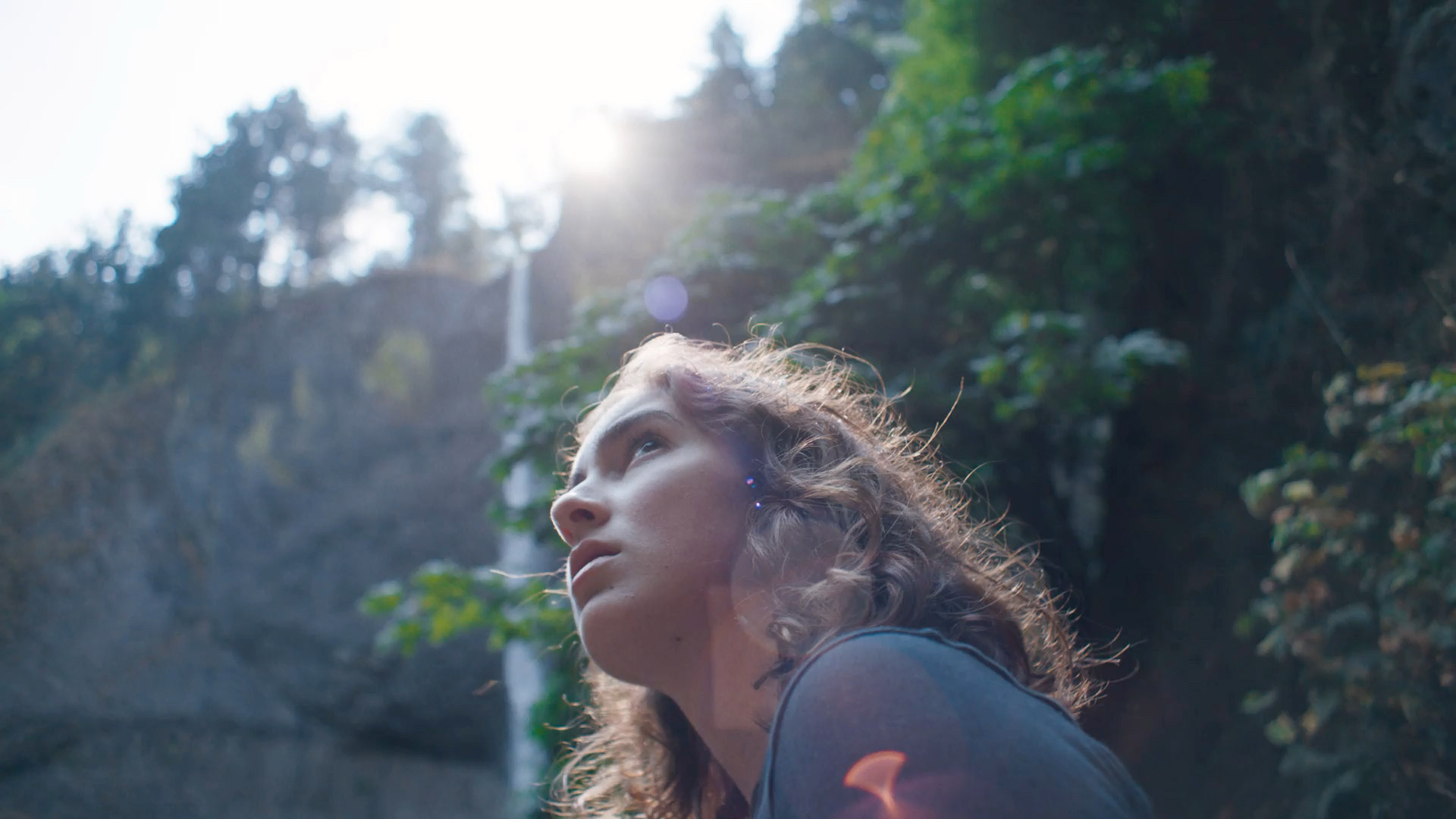 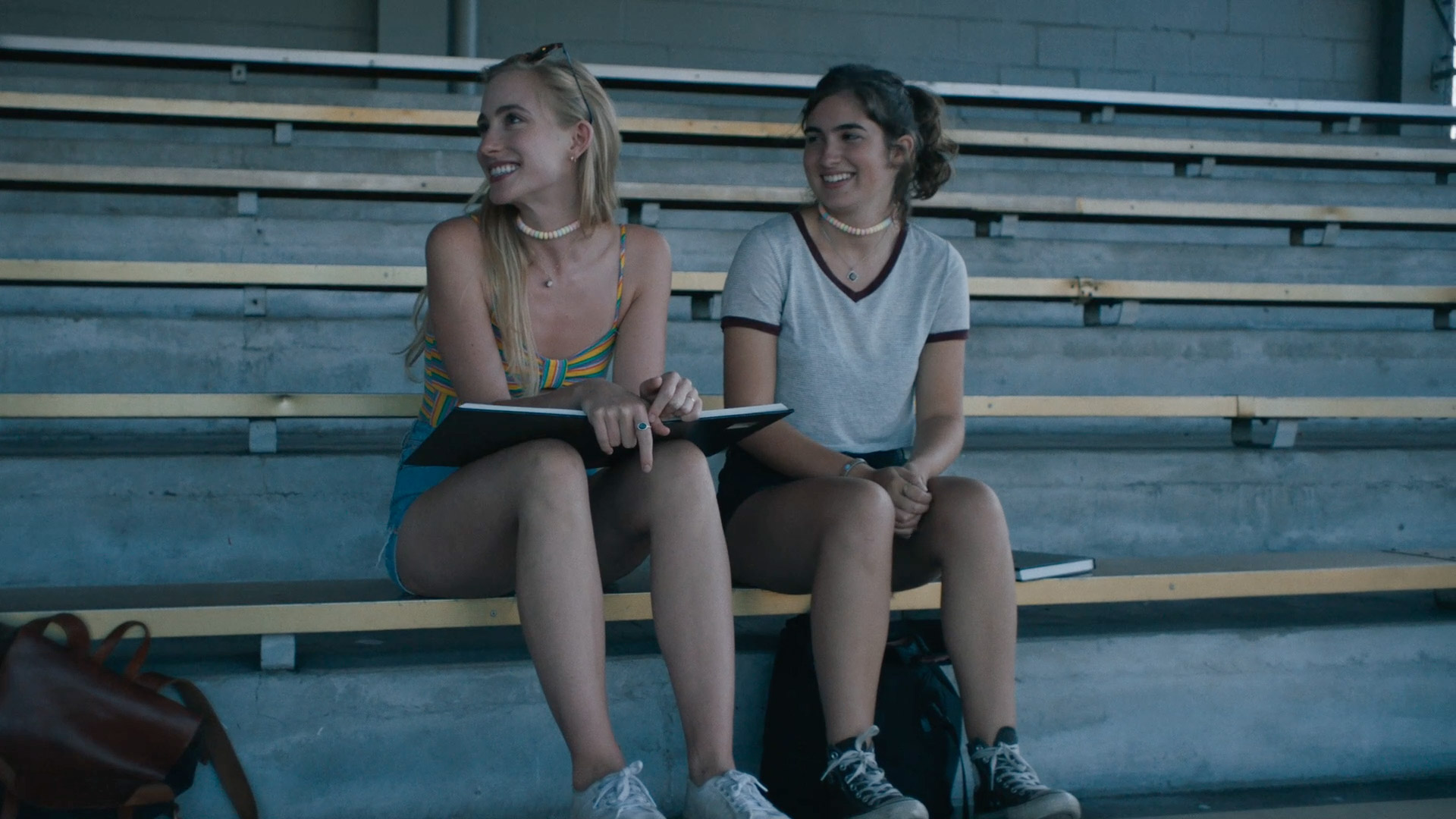 “I lost my dad when I was 16, and I never really spoke about the loss, and I never really confronted the truth of my life or who I was, I kind of ran from it. But it had been almost as long as I’d been alive without him as I’d been alive with him, and I started to open to these feelings of grief, and wanting to dance with them a bit.” – Jessie Barr

Even as Sophie is testing the limits of her own body, she’s also being accosted with contradictory messages from friends, family, and strangers. There’s the pressure to be sexually experienced without being a “slut;” to engage in hookup culture without degrading oneself. By contrast, she also sits at the outskirts of a sports field as her best friend, Claire, declares, “Guys are assholes. They don’t have feelings.” Sophie Jones captures the confusion that is often at the heart of modern girlhood, including the feeling of being surrounded by intrusive opinions.

Often, after a particularly charged scene, Sophie Jones will slip into a more contemplative mode, giving the audience as well as Sophie a chance to exhale. After a tense conversation with Kevin, Sophie lies down in the grass, her bulky headphones transporting her beyond the sports field. Moments like this are an antidote to Sophie’s usual brashness. For Barr, the film’s push-and-pull between the frenetic and the introspective was wholly intentional, even reflected in the choice of music.

Among these are several lovely scenes with her family in the wilderness, which serve as anchor points for the movie. The grey skies and dappled light through evergreen trees make the coast feel like a safe haven. In one tender moment, Sophie and her sister laugh with their arms outstretched, jackets flapping in the wind, as though they’re flying without leaving the ground. Sophie Jones, which was shot on location near Portland, uses landscapes like the Latourell Falls and the Bridge of the Gods to help evoke a family’s shared history.

“I imagined that these were places that the family would go to as a unit, and so I incorporated a lot of the scenes with the family in those natural spaces, so that we could feel the history,” says Barr. “They’ve been together before, but now, of course it’s different because there’s a piece of them that’s missing. I just have always found personally that [in nature] that’s when I often feel most connected to people that are not on earth anymore.”

As much as she might try to retreat into romantic relationships, Sophie’s grief over her mother’s death inexorably creeps into her most quiet moments. Indeed, Barr’s film portrays its protagonist’s wildly fluctuating emotions, allowing room for grief both deafening and silent.

Sophie Jones is screening via Grand Illusion Cinema in Seattle and Grand Cinema in Tacoma. It is released via Oscilloscope. 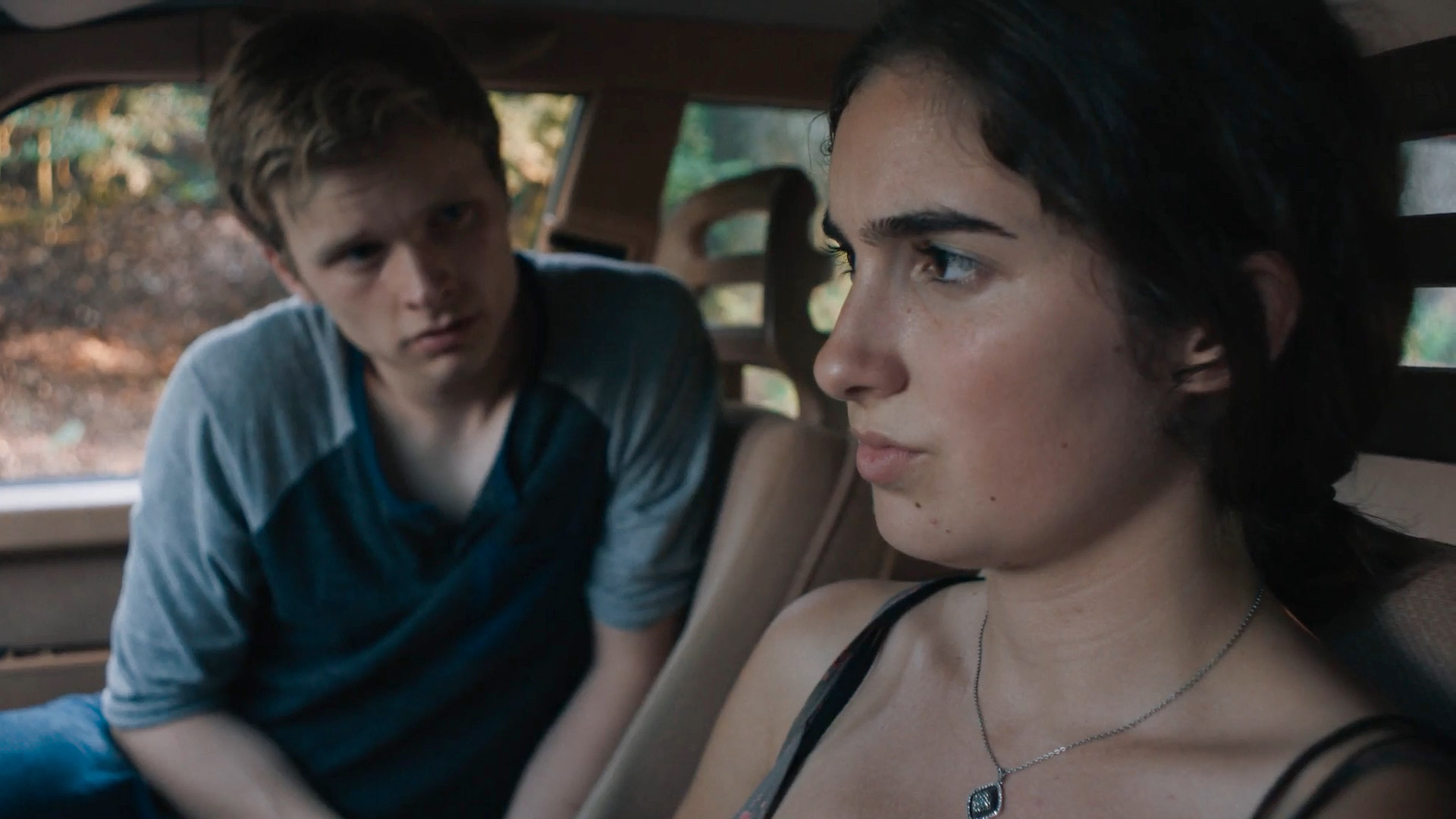 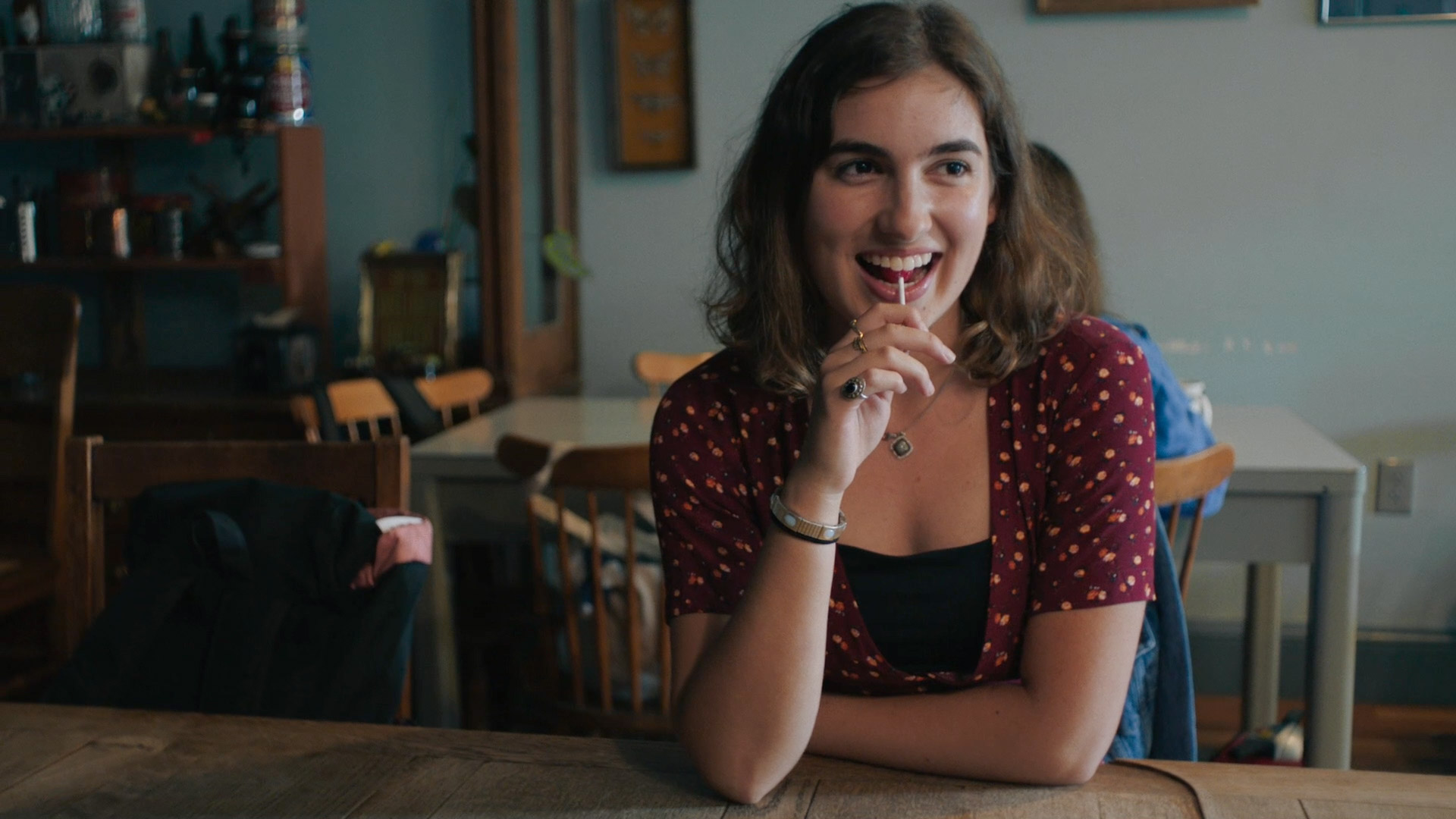 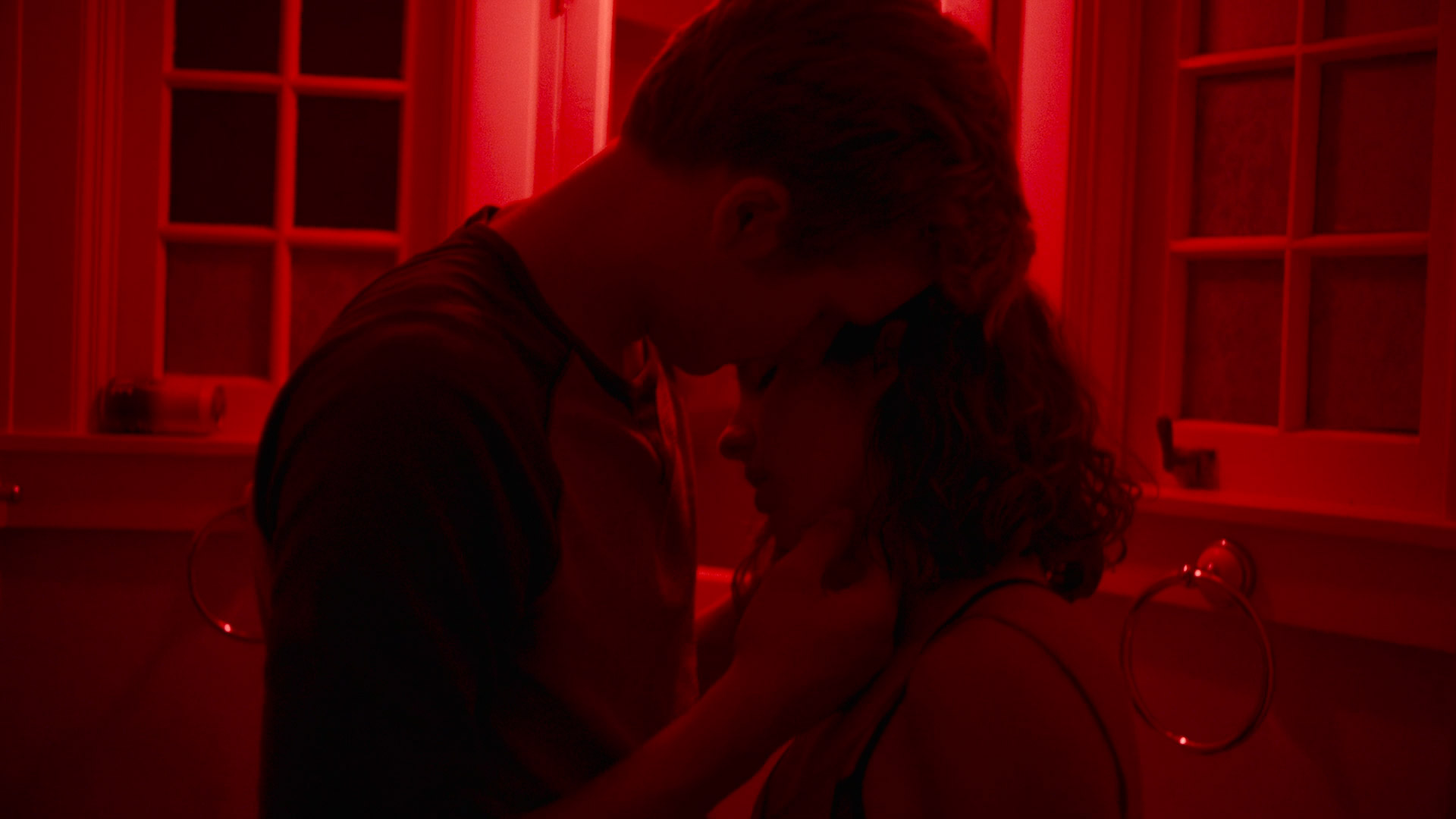