Vee Hua 華婷婷5 min read1 month agoAdd comment
Confession: the live shows of Portland duo Phone Call are one of the few things I miss about living in PDX, because no lie: their delightful electro-funk synth pop vibes are just feel-good, limb-flailing goodness. Now, emerging from nearly three years of pandemic — during which far too many of us were cooped up pathetically in our homes, yearning for a sweaty dance party — Phone Call’s second full-length album, Close Call, comes just in the nick of time. Continuing on their themes of, well, phones (!!!) and general sexiness, Close Call offers up a variety of jams that one can groove to, whether in the bedroom or the club.
In the following Q&A, vocalist Bailey Winters and synth master Johnny Zeigler discuss collaborating with friends on the “No More Bad Luck” music video, nerding out on ’80s films, making a zine to accompany their record, and insisting on in-camera tricks instead of post-production.

How was this music video conceptualized, and were there certain aesthetics or media you were hearkening back to?

We looked at a lot of ’80s movie trailers that are put together like music videos — Brian De Palma’s in particular. Our video was designed very practically. We focused on two set pieces: we designed a bright-colored poker table and borrowed a vintage compact car. Then, we just tried to get as many different shots with them as possible.

How did Phone Call and Matt Henderson come to collaborate with one another on the project, and how would you describe the way in which you work together?

We’ve been friends with Matt for a very long time and have followed his work with Xhurch and PDX Immersive Media Group. We trusted his aesthetics and knew he would follow through. In Phone Call, we have a very open way of critiquing ideas and Matt also embraces that process. Previous efforts to make a video made us realize the power of a simple, well-executed idea. Once Matt was onboard, we really just built off of that thought.

We often cried “no-post” when shooting. Matt’s work and skills with game-engine software made some of the ideas happen in real-time, which was very cool. We ended up making three music videos in a row together because we were having such a good time.

Our friend Troy Micheau also collaborated with us on the video, filming most of the shots and making sure we had continuity and variety between them. 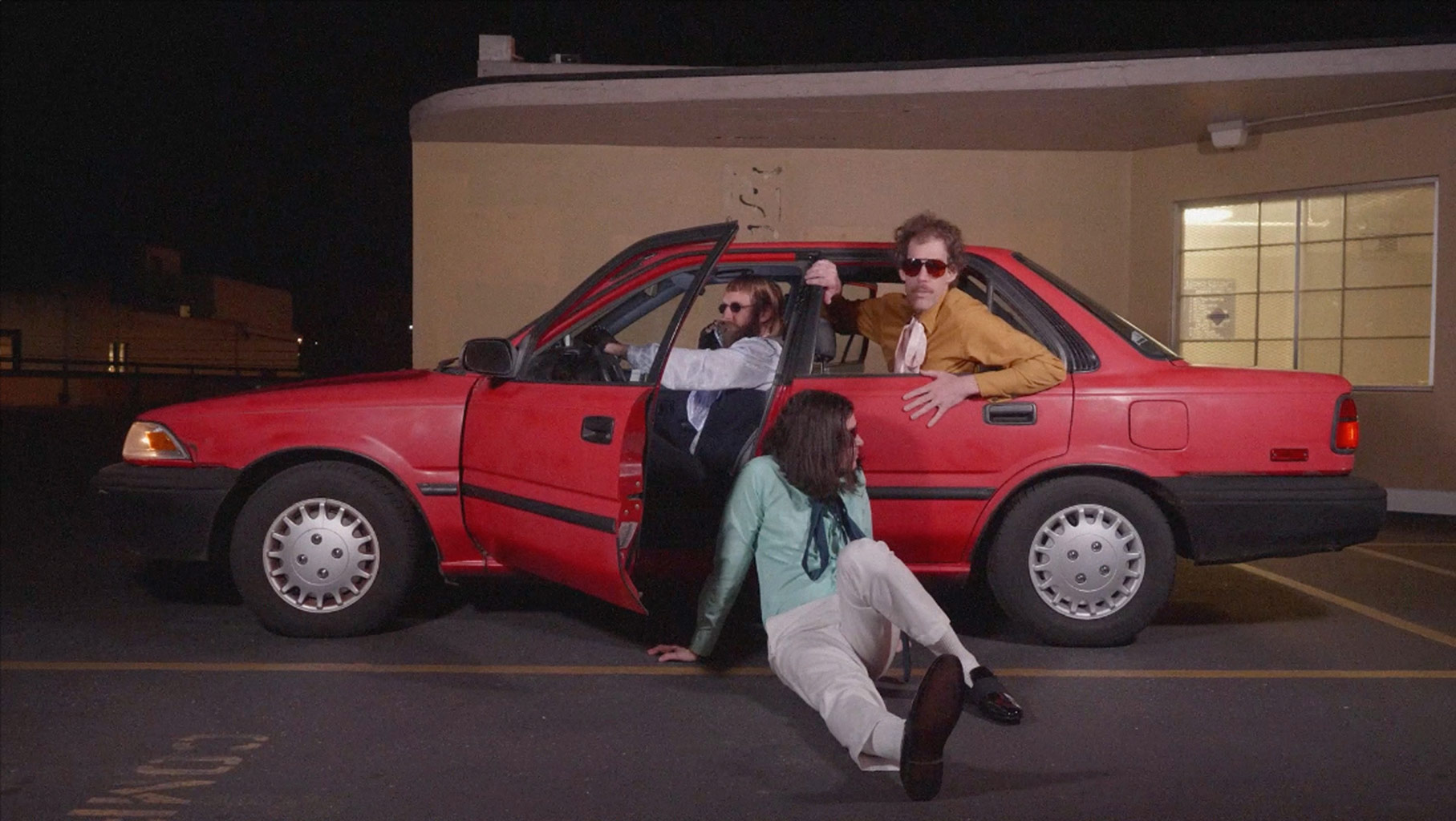 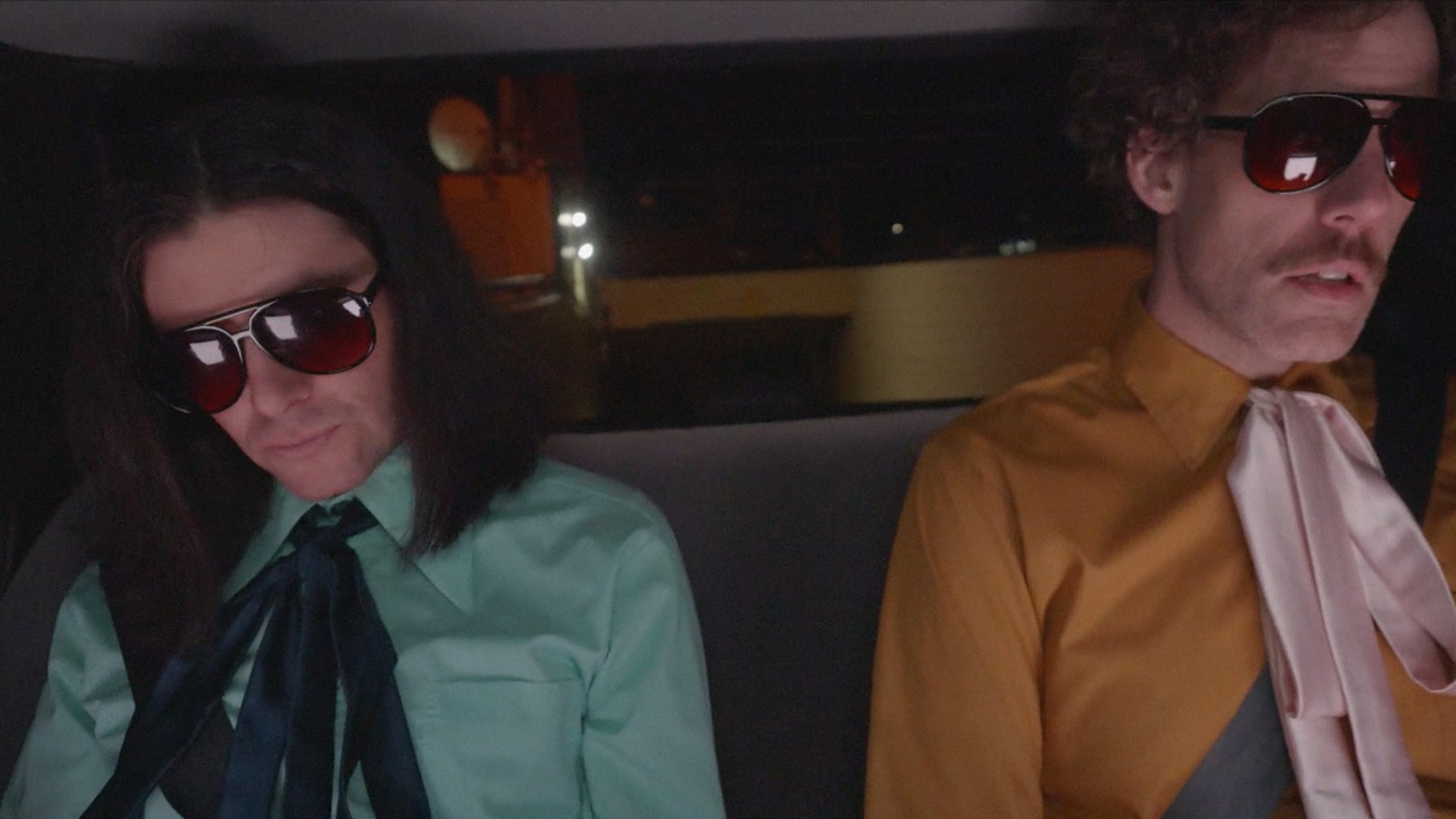 How much of the music video was improvised versus planned beforehand?

Sticking with the idea of keeping it simple, most of the shots were planned, but some of the best ones were improvised. The poker scene was very planned and was set up just the way we wanted it. By contrast, the car scenes were more just flying by the seat of our pants: trying things out; posing in front of the car. Matt and Troy found a lot of those better shots while we were improvising!

The car scene came together the day of. We wanted a very particular car, kinda down-on-your-luck one that wasn’t too flashy at all, but more like an ’80s Repo Man-vibe. About an hour before we were supposed to shoot, Matt’s friend offered hers and we loved it, we just had to power-wash the moss off of it. 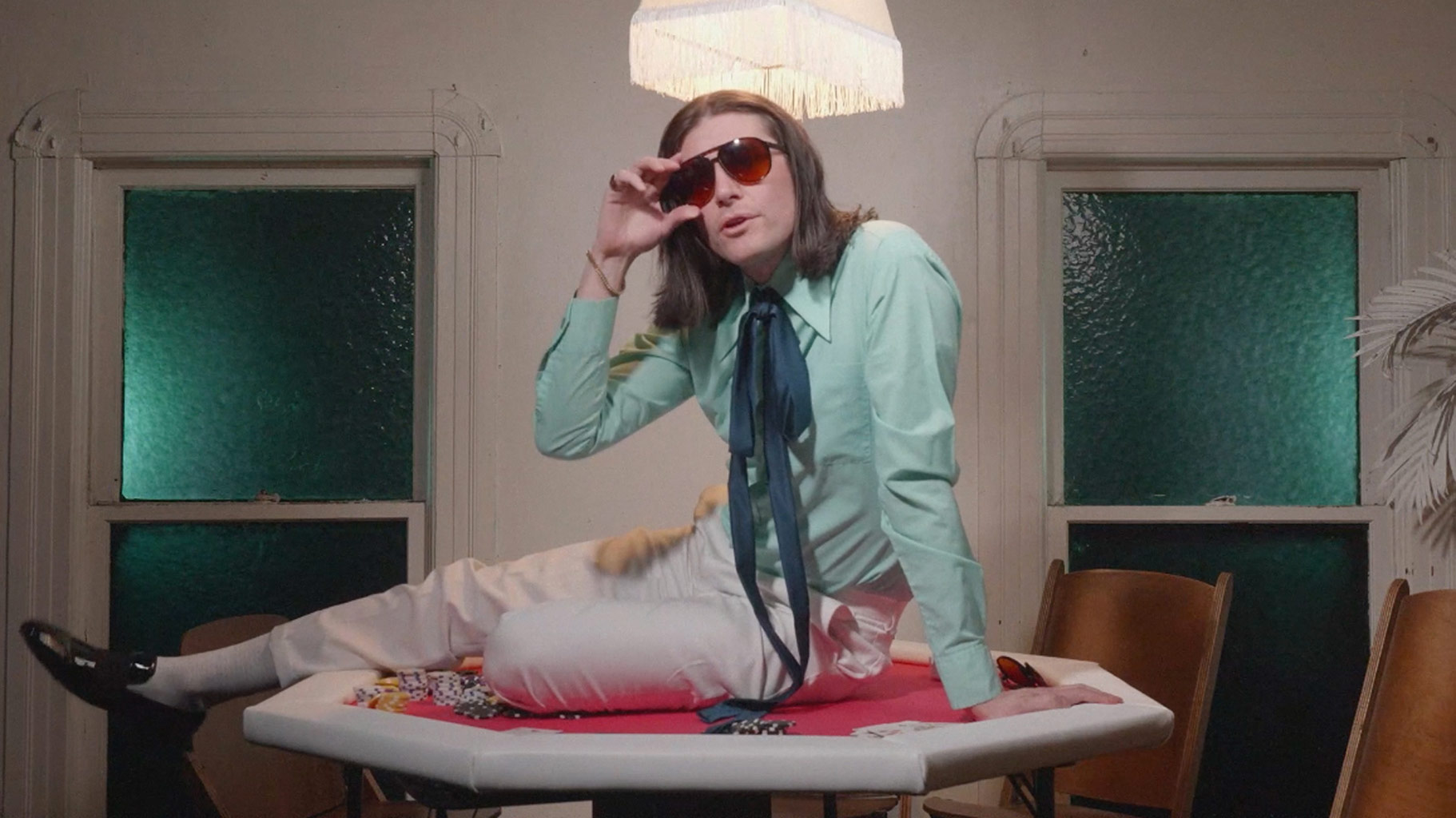 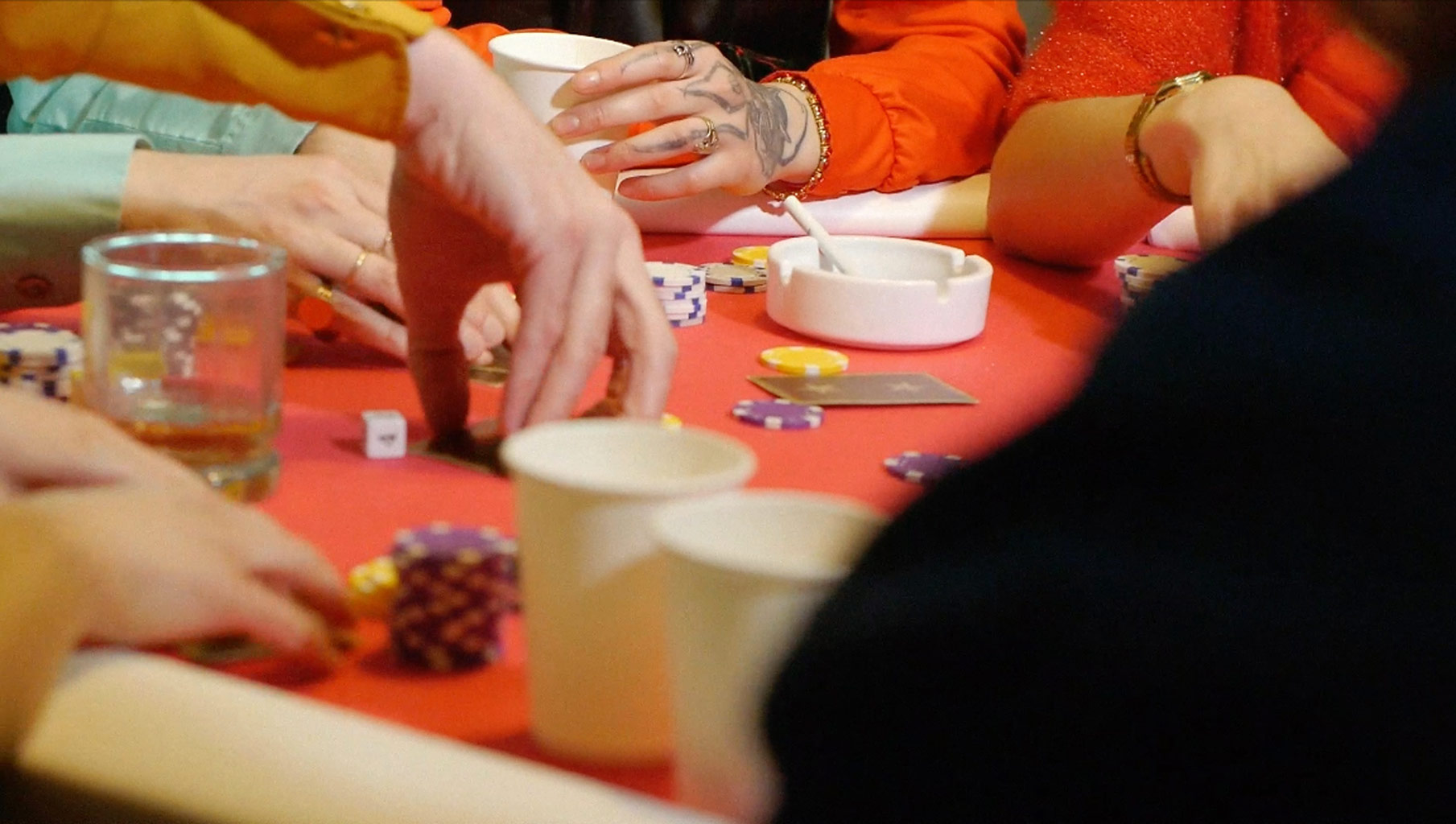 Close Call is your Phone Call’s record since 2016’s Hang-Ups. When did you begin the process of crafting this record, and were there any changes in your workflow or approach since the last one?

Ugh. Yes it’s been a while since Phone Call has put out a record, ha. To record, we were creating makeshift vocal booths — first in our AudioCinema practice space, then in our basement. This record was mixed by another longtime friend, Rian O’Connell Lewis in LA. It is our first collaboration with him. We started with one track, and it went so well we asked him to do the whole album. Rian’s expertise is incredible. And when lockdown set in, he was able to do some mixing remotely live via this plug-in that lets you share your audio instantaneously. It sped things up dramatically. 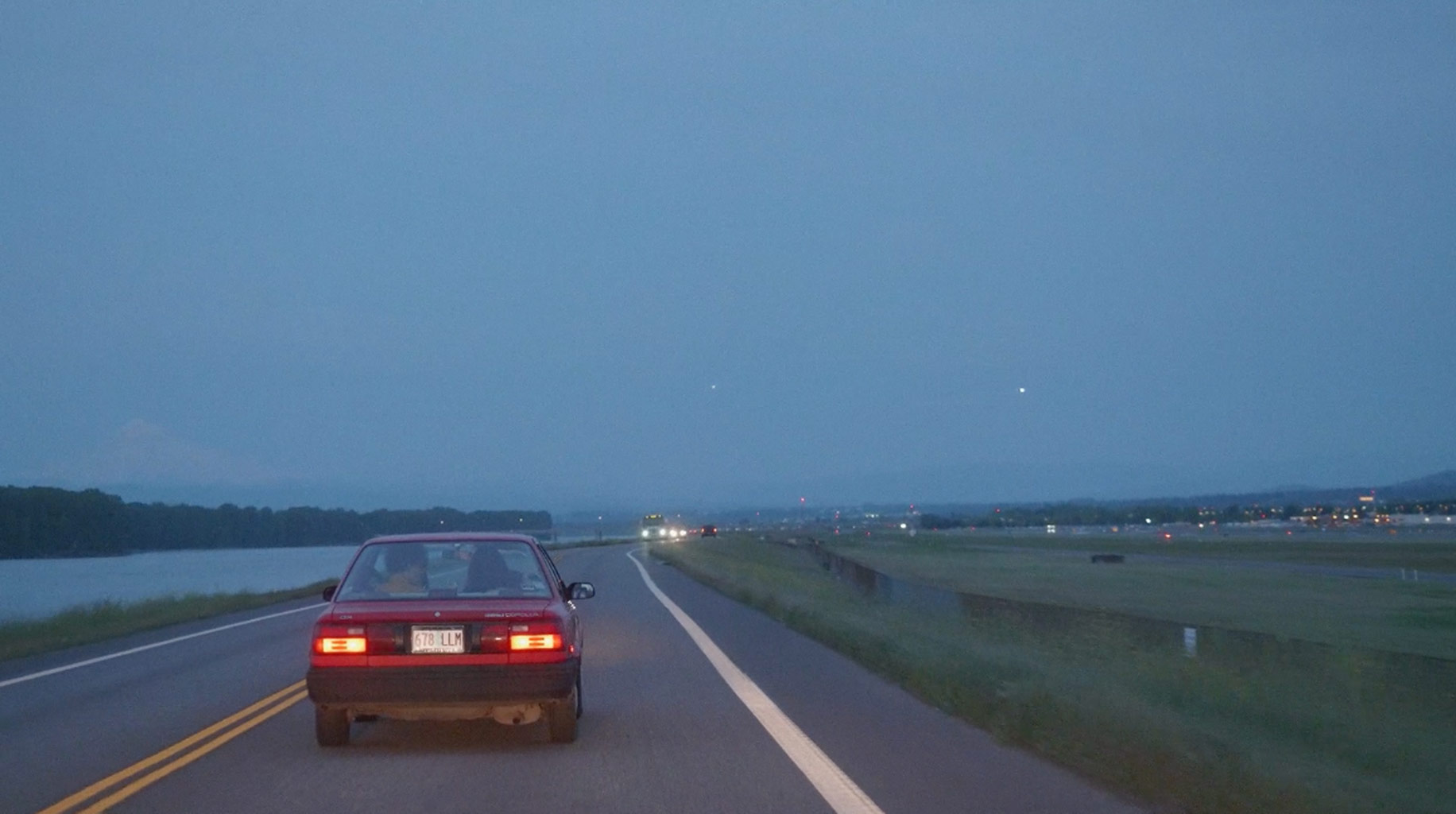 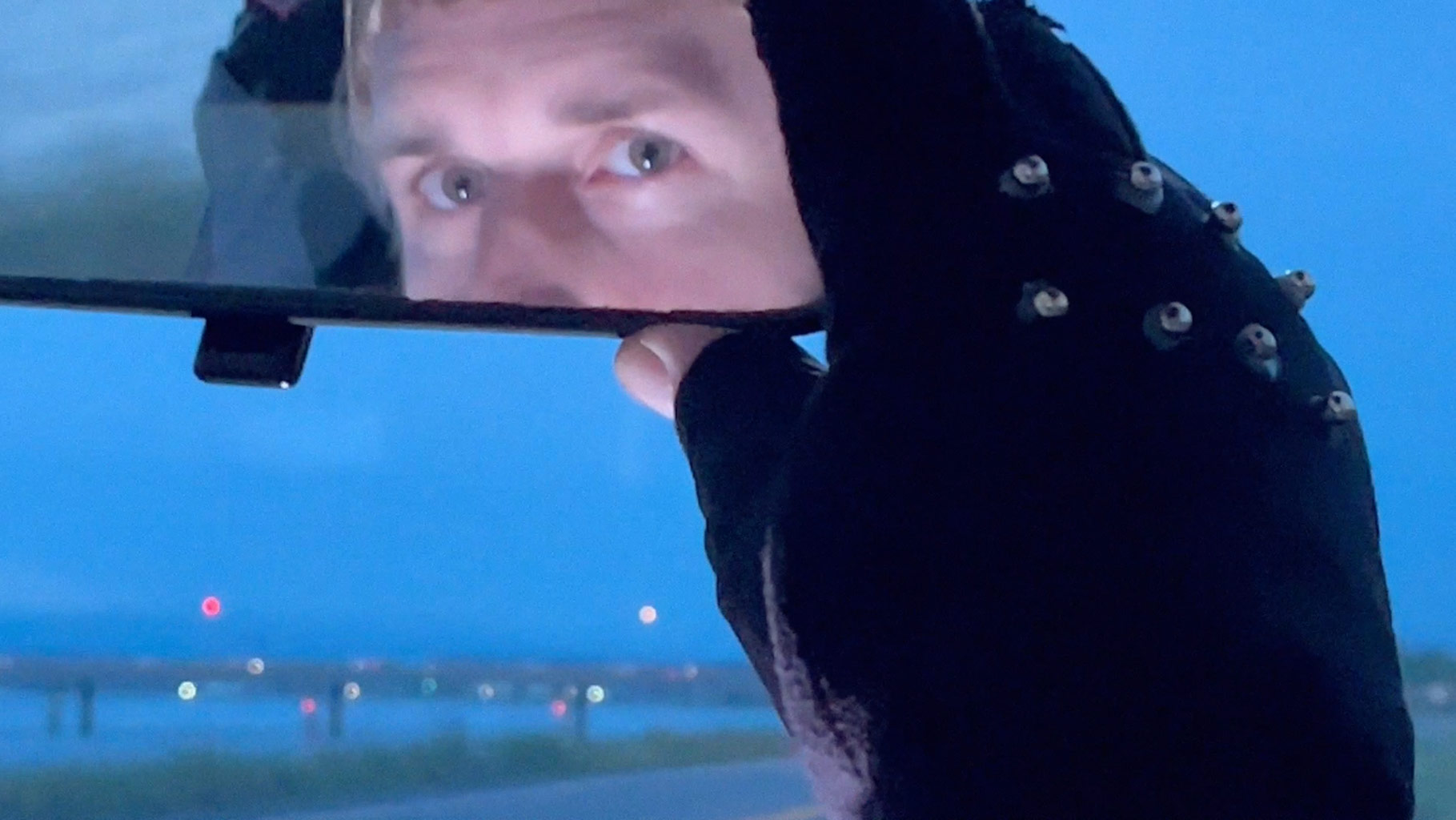 Why did you decide to create a zine to accompany this record? Who designed it and how is it being distributed?

We wanted something physical to accompany the digital release and not everyone collects vinyl. We spend a lot of time making album artwork, zines, videos and posters to accompany our music releases. All of the art and design for the zine is designed by us and the stellar photos were taken by Eva Schifter.

What’s next for you all in terms of the album release?

Release these three videos! And the vinyl will roll out early 2023, and the zines will act as inserts to the record.