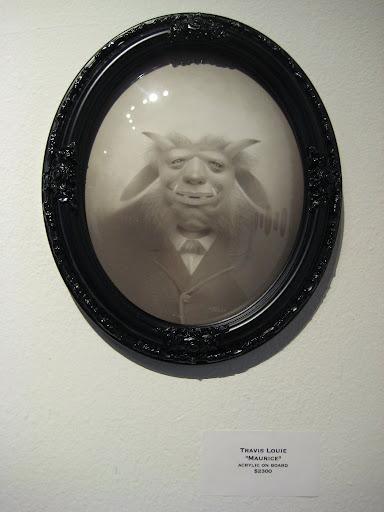 Go to the Roq La Rue. NOW! Their current body of art might not be all that colorful, but it is technically amazing and has incredible framing. 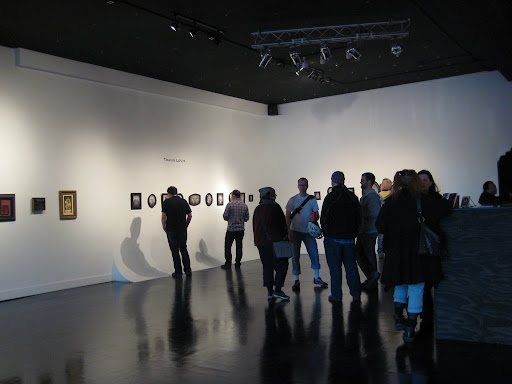 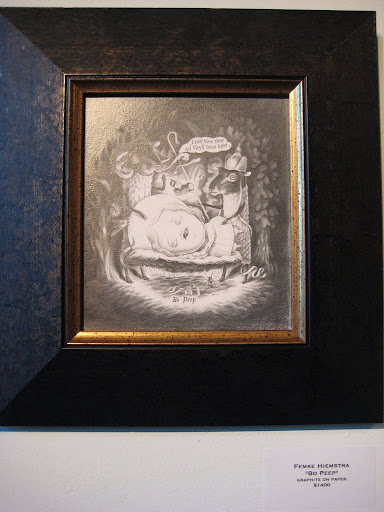 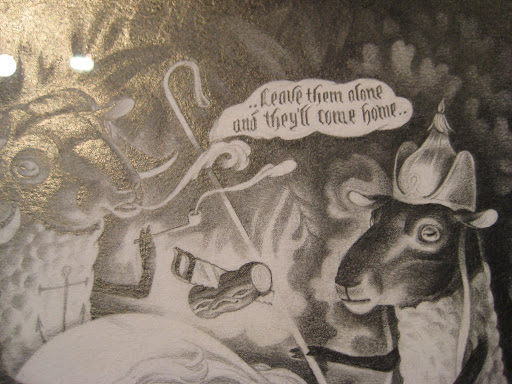 Femke Hiemstra of the Netherlands can pretty much make anything look good. Shown above is a graphite drawing. Reflections aside, it’s incredibly detailed and remarkably smudge-free. 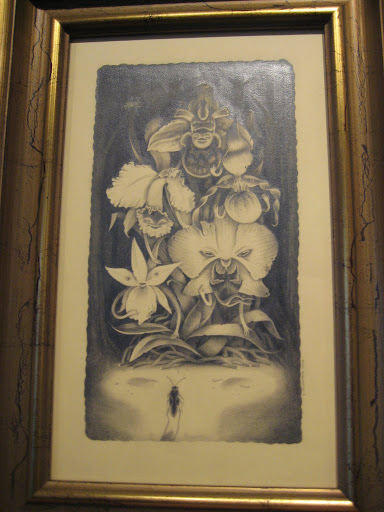 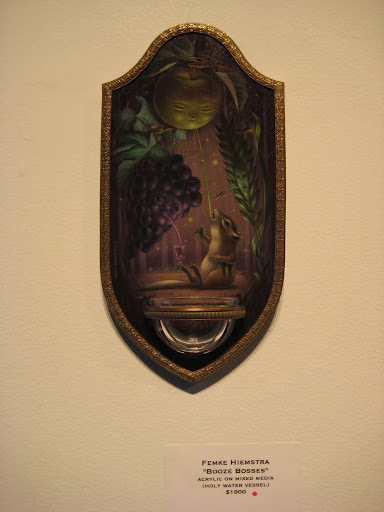 Travis Louie can paint detailed portraits for non-existent creatures, and he can also craft hilarious stories for them. Here are some from his recent showcase at the Roq. The descriptions are typed word for word. 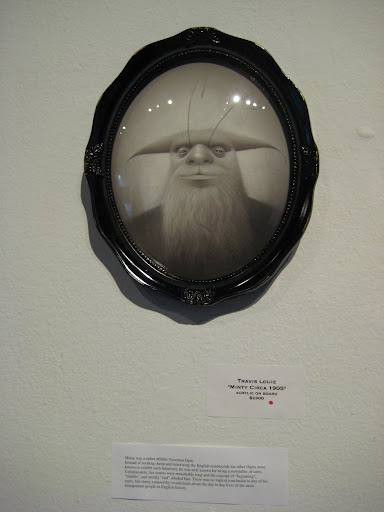 “Minty was a rather affable Victorian Ogre.
Instead of stealing sheep and terrorizing the English countryside (as other Ogres were
known to exhibit such behavior), he was well known for being a storyteller of sorts.
Unfortunately, his stories were remarkable long and the concept of “beginning”,
“middle”, and mostly “end” alluded him. There was no logical conclusion to any of his
yarns, but many a passersby would learn about the day to day lives of the most
unimportant people in English history.” 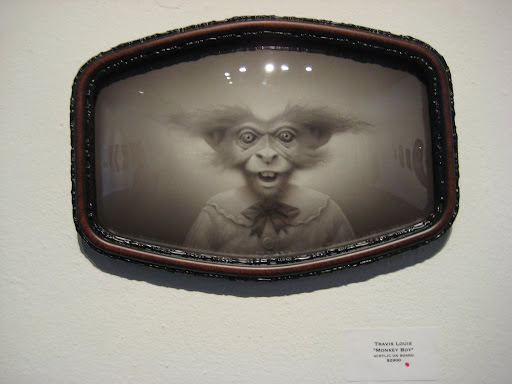 “Albert was a happy monkey boy.
Her worked for an organ grinder , dancing in a trance like state with a
tin cup in his hand.
Quite often, he would climb up a lamp post and do a back somersault off
of it.
When someone tried to put buttons in his cup instead of coins,… he chased them down
and made them eat them. He was not to be trifled with.” “Maurice was one with the sheep.
Wherever he went, the sheep would follow him.
It became a problem when all the sheep of his native
Scotland migrated to his farm. They couldn’t help themselves.
Eventually Maurice was forced to leave his farm and settle in lands
that had no sheep.”