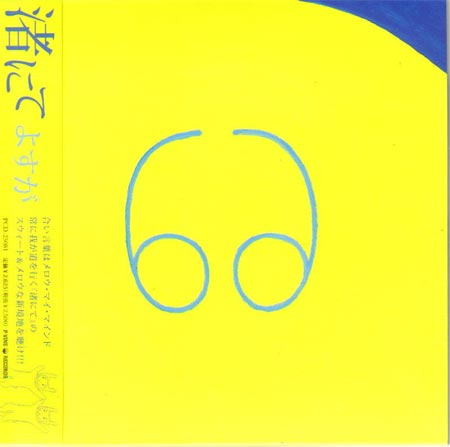 A journey to the sea sometimes is a ritual — an escape from the responsibilities and tribulations that lurk around every corner in the big cities. For school kids, a trip to the sea is almost a requirement for the perfect summer vacation. For a family, a picnic by the ocean can be one of the purest memories of familial life. A young couple can go to the sea and use it as yet another excuse to waste a day enraptured in each other’s love.

But the sea is not always a calming existence. A lonely trip to the sea can signify the end of all things. Especially in Japan, where suicide rates remain high, the sea can represent the final answer to a life riddled with problems. The slow, crashing waves of the sea encompass much emotion, from playful frivolity to exhausting loneliness.

Japanese folk duo Nagisa Ni Te have made a career out of expertly distilling the complex emotional palette of the sea. Their latest album, Yosuga, is no different from their previous albums. The songs on Yosuga range from innocently the innocently playful “Premonition” to the solemn “Close By Night.” Shinji Shibayama’s guitar goes from sing and strum to restrained surf rock effortlessly. Masako Takeda’s minimalist drumming and innocent vocals harken back to the early twee-pop sounds of the northwest.

In fact, Nagisa Ni Te is so similar to Sub Pop alums The Spinanes it’s almost uncanny. The Spinanes may rock a little harder, and Nagisa Ni Te may be a bit sunnier, but both aim for the same emotional range and are undeniably successful in their craft. Even though the lyrics may mostly be in Japanese, the emotions stirred by even imagining the calm waves of the ocean are universal in meaning and complexity.

Yosuga is a shimmering, soothing album with hints of sadness and joy sprinkled throughout. It’s an album for all seasons, a dynamic collection of songs that don’t resort to frenetic shifting to describe a complex range of emotions. Yosuga is consistent without being boring, and, like the sounds of the sea, a perfect backdrop on a relaxing day.