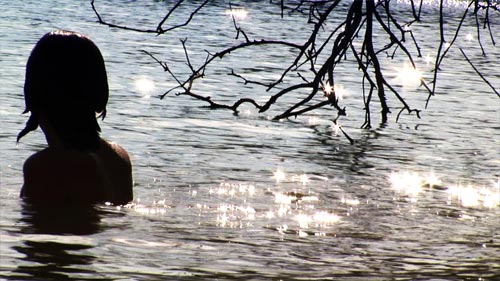 In Your Absence, or En Tu Ausencia, is a surprising first-time effort by director Iván Noel that emanates beauty in more ways than one. Set in a pristine stretch of Spanish countryside, In Your Absence is filmed amidst a breath-taking setting full of enveloping blue skies, abundant sunflowers, flowering fields, and rolling hills. The film’s backdrop defines “summer” in its absolute perfection, and the pairing of fine-tuned imagery and diverse, mood-setting music makes the film both an aural and visual delight.

Young actor Gonzalo Sánchez Salas fills a heavy role with ease. He plays an emotionally-enclosed 13-year-old named Pablo whose father has recently passed away. Naive and vulnerable, Pablo has become a bit of an outsider in his own town since the tragedy, and he has only his mother and one friend. So, when a foreigner’s car unexpectedly breaks down, Pablo befriends him, despite the numerous warnings from the villagers telling him to do otherwise.

In Your Absence is a film that is powered by unpredictable human interactions. Noel manages to keep viewers captivated by dropping hints about, rather than flatly stating, definitive characteristics of the film’s three main characters, and this slow reveal keeps a rather slow-paced film brimming with tension. One constantly wonders what each character will do next, and often wonders wrong. A million possibilities are hinted at for every subtle action, making In Your Absence suspenseful in an unpredictable way.

With so many possibilities looming on the horizon, the most crucial point of In Your Absence lies in its conclusion, and it doesn’t disappoint. Everything makes perfect sense at the end — a comfortable resting place for a film with a plethora of acceptable endings.