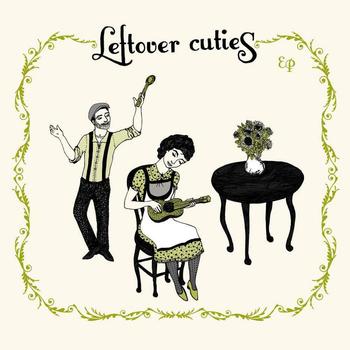 Recently, I was listening to a Leftover Cuties track when my mother, who barely knows anything about modern music, commented that the track was reminiscent of music from “the past.” That blanket statement that might seem rather uninformative initially, but musically disinclined as she is, my mother was quite correct on her assertion. Leftover Cuties immediately bring to mind vintage fashion and jazz clubs circa the ’40s and ’50s. Their sound is a revitalized take on music from a time that seems more distant than it is — a time when artists like Billie Holiday and Etta James roamed the musical streets.

The four-piece band’s latest disc, Game Called Life, is a charming five track EP that pulls from the past and reminds the public of the great music they’ve forgotten while moving into the 21st century. At the heart of this sound is the sultry voice of Shirli McAllen, backed by the harmonies of Ruthie Garibay. An underlying blend of ukulele, harmonica, whistle, bass, and light percussion by Austin Nicholsen and Stuart Johnson guarantee a sense of class and playfulness to even the most desperate of Leftover Cuties’ tracks.

Having just played their first show in late 2008, the band is anticipating the release of a full-length in late 2009. If promoted correctly, they could make some serious waves. They’ve developed a sound that seems like much more than just a flash in the pan, and they’ve got an elegant aesthetic to match. Akin to how bands like DeVotchKa and Gogol Bordello brought gypsy punk to the indie rock masses, a band like Leftover Cuties could start a similar movement, by reminding the indie rock masses of the overlooked jazzy greatness of the near past.