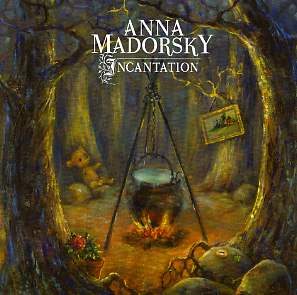 This album could probably be used as a case for why recording equipment should not be so readily available to the public. At least back in the day when shitty bands were making shitty albums, it was on shitty-quality cassette tapes that could be easily destroyed and forgotten; unfortunately, digital media makes it hard to forget you once had to listen to someone who thought playing Rock Band on Expert mode was comparable to classical music training.

Between grating vocals, cheesy drum loops and synths, and otherwise predictable musicianship, Anna Madorsky’s latest, Incantation, is just not something I ever had to hear. For me, lyrics can often be the saving grace of an album, but even those were cliché-ridden and boring, to say the least. Forget looking for gems on this album. Even if you ignore Madorsky’s grotesquely nasal croon, the best track is probably “Guillotine,” which, at best, sounds like a boy band cast-off.

My complaints are not so much oriented with a musician who hasn’t quite found the right style, as it is with the fact that some people just should not make music. Please, kids, stop buying MacBooks.