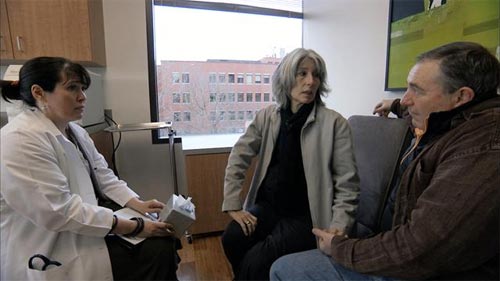 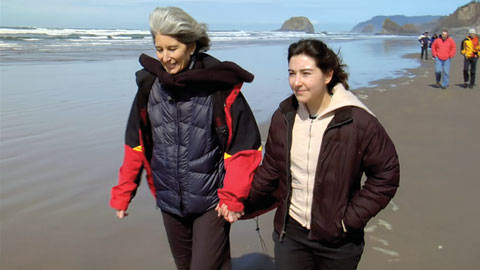 The opening scene of How To Die In Oregon appears to capture the birthday celebration for an elderly member of a family. But one quickly realizes that this isn’t the celebration of the continuation of life, but the celebration of a man’s life — as that man drinks a lethal potion made available to him by Oregon’s Death With Dignity Act.

Portland-based filmmaker Peter Richardson has gotten some acclaim for How To Die In Oregon, including the Grand Jury Prize for Documentaries at 2011’s Sundance Festival. It is well-deserved; How To Die In Oregon is an unflinching foray into a question that most people probably never want to think about: if life becomes to painful to live, do you end it?

Richardson follows a myriad of characters throughout his film, but the main focal point is the dynamic Cody Curtis, a 54-year-old mother struggling through the ups and downs of liver cancer. Cody is seemingly eternally optimistic against unbeatable odds, a bright ray of sunshine in a film completely focused on death and the deterioration of life. And that is what makes the film so heart-wrenching; everyone knows that cancer is a terrible plight upon humanity, and receiving a firsthand view of the obvious factors which deteriorate Cody’s life — from piercing pains to internal fluid build-ups and emotional breakdowns — How To Die In Oregon tugs on all the heart strings at once.

Often documentaries are presented with an agenda at heart, and it is apparent that Richardson is promoting Death With Diginity and assisted suicide thoughts. The list of places where assisted suicide is legal throughout the world isn’t very long, and outside of a well-spoken doctor talking about the legal language of a similar bill passed in the state of Washington in 2008, Richardson doesn’t give the opposition much time to voice its opinion.

After watching this film, it is tough not to shove away every moral, religious, or ethical-based argument you may have against the legalization of Death With Dignity. How To Die In Oregon is without a doubt one of the more depressing documentaries out there, but also one of the more important ones to watch as well.