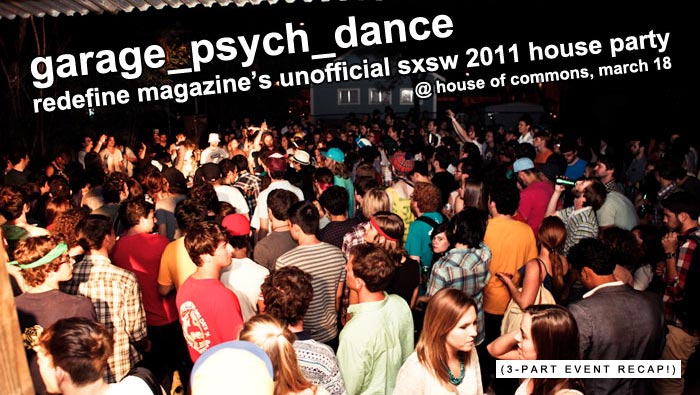 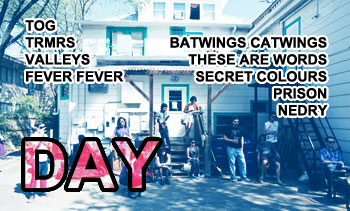 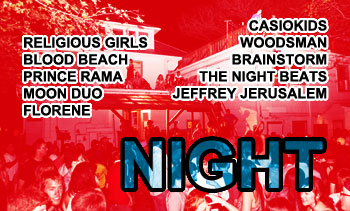 Or see more photos and tag yourself on

SXSW 2011 was the first time REDEFINE has ever attempted to throw a SXSW event. We went big. We booked thirty amazing bands to play two stages at a 22-bedroom vegan co-op called House Of Commons. All party-attending patrons were treated to 3,000+ 16-ounce cans of beer, courtesy of Dos Equis. In short: a jolly good time!

The unofficial showcase, which took place on Friday, March 18th, was a hectic blur, as were the two days leading up to it. Let’s just say that we grossly underestimated the amount of work and pre-planning involved in throwing a party during SXSW week. Myself and Gina Altamura ran around like madwomen, with the help of House Of Commons residents Mike Garcia and Dana Vanderford, and all-around champ, Eric Anderson.

Together, we waited in line for equipment rentals for what seemed like ETERNITY. In-town music gear rental shops may claim online that they will be able to accomodate everyone’s needs, but that’s a dirty, dirty lie. Maybe during any other time of year, but not during SXSW. It is only thanks to Marjorie Owens from Clumsy N Shy, who we co-threw the party with, that we were able to successfully stock our party with all of the backline equipment we needed. Dallas-based equipment rental companies came through for us — at a price — when nobody in Austin could. The bands themselves were also champs, improvising when necessary, and often rearranging their schedules for the party to flow smoothly.

What’s more: our headliner, Starfucker, had to drop out due to… well, an arrest. Luckily, we did a community pull and managed to have three bands play in place of Starfucker, to close the night out in an epic way — narrowly avoiding a $300+ fine from the cops.

Check out the recaps for details! They are divided into three sections, with pics and videos:

Thanks to all who came out, all of the bands who played, all of the wonderful and giving residents of House Of Commons, and all of the media that partied and documented the event with us! 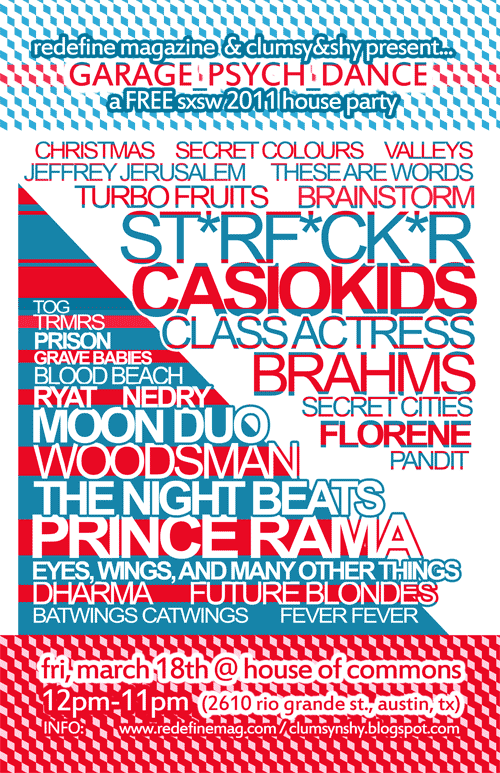