Posted at 12:32h in Album Reviews, Music by Elizabeth Perry 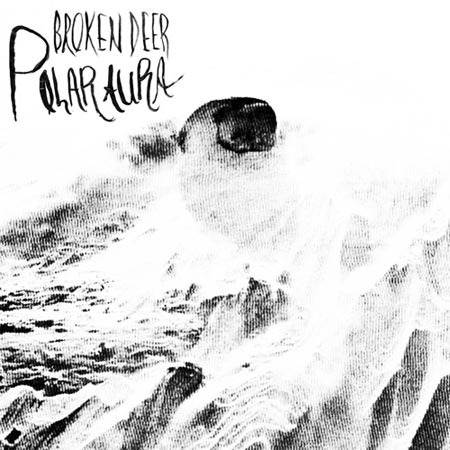 Releasing an album means recording, mixing, mastering, and sharing a piece of yourself through music — and the way all that happens can be unbelievably revealing. In Broken Deer’s experimental, ghostly, and cassette-recorded fifth release, Polaraura, we get a unique window into Lindsay Dobbin’s musical temperament as well as her natural and spiritual concerns. At the same time breathlessly intimate and palpably alienating, Dobbin’s music invites external forces in while still keeping itself closed off, lending an interesting dichotomy to Polaraura‘s collection of fluctuating sounds and melodies.

“Along with songs of longing, sounds of the river, wolves, snow, wind, forest spirits, owls, and northern lights all appear on Polaraura. Moving from winter darkness, longing and hunger, to the insight and relief of spring, the one-track journey explores the wisdom of a northern landscape and how it might mirror a place within.” – Polaraura‘s Press Release 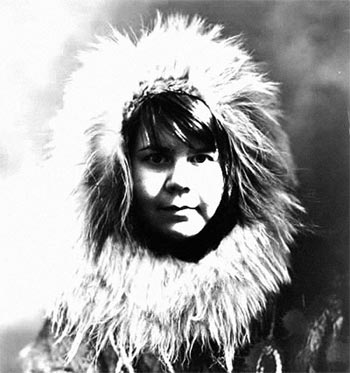 Acknowledging the setting in which Polaraura was created is crucial to appreciating it. Using analogue tape recorders in an off-the-grid cabin, Dobbin combines her own melodies and bare instrumentation with a myriad of collected sounds, both organic and seemingly otherworldly. Whistling, warbling, and whooshing sounds infiltrate the album, blurring the line between natural and unnatural so that it’s hard to tell where the ‘music’ ends and the ‘background noise’ begins. The ambient noise is sometimes turbulent — even distracting — as vibrating, buzzing, tinkling, and ringing sounds circle the album’s main melodies. At other times, it is peaceful, even desolate or eerily unearthly: the simple sound of the wind blowing through vacant lands or that of spirits communicating with each other. The album seems an experiment in recording, which comes off best, for example, at the end of “Part 3”, when the gradually accelerating piano part — warbling from the distortion of the tape recorder — becomes a rippling effect that turns into a flapping sound, and finally unravels into the conclusion.

Dobbin’s instrumentation throughout the album is careful and fragile-sounding. From the high-pitched, delicately-chosen piano melodies on “Part 4” to the rich, nostalgic guitar fingerpicking on “Part 1,” to her own childish and wholesome vocals throughout, Dobbin creates an alluring and elusive melodic thread for us to follow. Somewhat intriguingly distorted and out-of-tune throughout due to its use of tape recording, Polaraura‘s songs deliver an eerie, old-timey feel in the midst of the album’s experimentation. Dobbin occasionally strips everything away, drawing our focus onto the solitary sounds of nature — the wind blowing, the owl speaking, the wolf singing — which have a melody and regularity all their own. These stark moments serve the album’s melodic parts, which are also best when most accessible, such as during the satisfying opening of “Part 4” and the pleasing variations that occur on its piano melody.

The overall vitality of Polaraura lies in its invitation of external forces, and yet the album remains — in meaning — somehow hard to reach. By using tape recorders and embracing the ambient, spiritual, and natural noises around her, Dobbin encourages us to notice what she notices, to feel like we are where she is, and to want to be where she is. And yet we’re not quite there; during the third part of the album’s final track, “Part 5: Consumed / Wolf Song / I Want”, when Dobbin — the subject — should be closest, her vocals sound far away, grainy, and irregular, as if they were coming out of a crank-able music box. Undoubtedly a very personal, intimate, and direct way to record, Dobbin’s method on Polaraura also has the potential to distort or obscure her meaning.

And yet, the elusiveness of the album is intriguing, as it draws us around to wonder at the elements Dobbin hides or omits as much as at those she welcomes and shares.