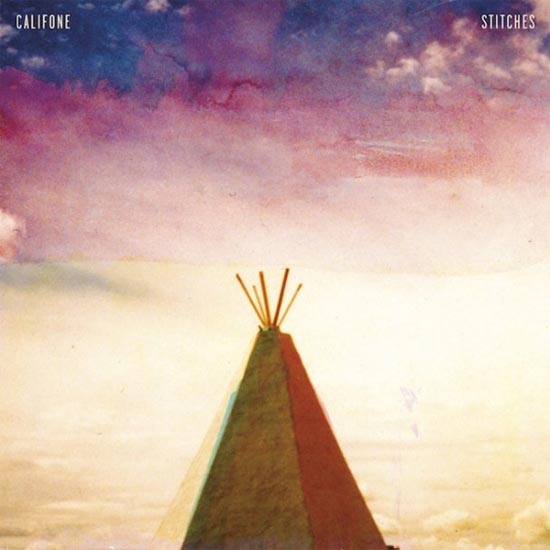 People go to the desert to find themselves.

Califone’s honey-baritoned lead singer Tim Ruttili went looking for himself in the endless sands of the American Southwest, and with their latest, Stitches, returns with the band’s most vital and compelling record since 2003’s Quicksands/Cradlesnakes.

Stitches was recorded at various locations across Arizona, Texas and Southern California, where Rutilli’s been living for the past few years. This is the first Califone record to be recorded outside of their native Chicago; they’ve traded steel and chrome skyscrapers for wide open skies and the promise of the sea. This translocation has had a profound impact on Califone’s music; Stitches radiates stillness and expansiveness, the aural equivalent of driving in the sun across the Mojave, or watching the sun set over the Pacific Ocean.

Rutilli did a great job capturing his environment, as the core of the material for Stitches was created from lone drives through the desert. In this solitude, he conceived his most stark, intimate and personal songs to date, suitable for stripped-down and careful arrangements. That’s what makes Stitches such an exciting record. Califone have always been about taking the strange old world of Harry Smith’s Anthology Of American Folk Music and adorning it with 21st century gadgetry, like an Appalachian string band produced by the Mad Scientist in the BBC’s Radiophonic Workshop. This has yielded some fascinating results in the last decade, but Califone’s heart and soul were often buried beneath dense swirling clouds of dystopian electronics, and the message was often devoured by the medium.

Stitches has an intense level of restraint and control, and hints at a future for folk music. Traditional music, by definition, has been interested in looking backwards. With no fresh inlets or tributaries, folk music exists as an alternate reality, unlikely to escape the coffee shop ghettoes to find widespread cultural relevance, unless it is to promote a tranquilizing pastoral utopia that has, in fact, never existed. Tim Rutilli parts the soporific fog like Moses, who gets a name-check on Stitches, to reclaim the wild weird beating heart of traditional American music.

For all your Pete Seegers and Mumford & Sons creating a safe, whitewashed vision of folk music, there have been wide-eyed visionaries like the aforementioned Harry Smith, Henry Flynt, and John Fahey, interested in the elemental, alchemical properties of traditional instruments and songs; emphasizing the rustic roots and ritualistic potential of banjos, fiddles and guitars. Tim Rutilli is the spiritual descendant of Smith and Fahey, and he is bringing American music into the 21st century, and in the meanwhile, manages to strike a most perfect equilibrium between traditional songwriting and technological precision. 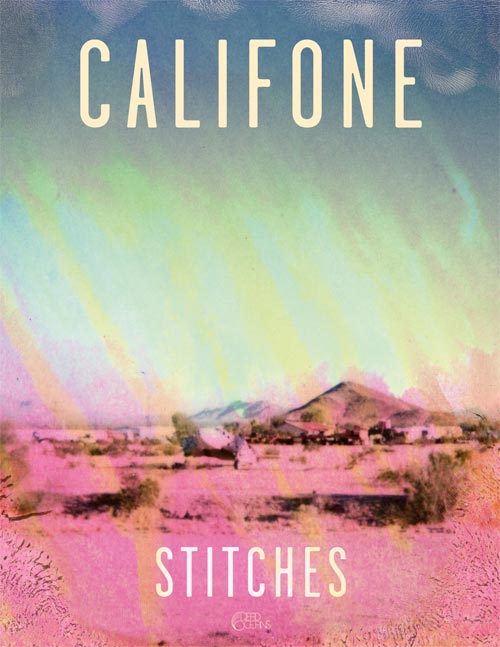 These delicate songs are served up on a bed of wheezing organs, pedal steel guitar, soulful horns, machine drones and industrial noise. Combine these intricate and interesting arrangements with mythic and surreal lyrics, and it is enough to make one excited about indie folk again. Stitches strides across vast, disparate landscapes in its duration, covering the distance between confessional singer-songwriter acoustic balladry, to kosmische krautrock freakouts, to cosmic Americana, to freeform noise meltdown. This is accomplished by a small army of folk musicians, scattered across the states, most notable being former Red Red Meat partner Tim Hurley, marking the first time the pair have worked together in over a decade. Califone’s music works best with a lot of musicians and textures, so it’s a breath of fresh Palm Desert air to see them returning to apocalyptic string band status.

Stitches marks the beginning of a new chapter in Califone’s history, being both a return to form and a sign of things to come. This would be an excellent introduction for those that have not yet heard their gnostic blues, and should draw their long-standing fans back into the fold. In addition to being an excellent album, chock full of great songs and sublime moments, Tim Rutilli has been doing some interesting things with its presentation. There is a Tumblr page, created in collaboration with Braden King and Jeff Garneau, intended as an “ever-changing interactive music video”, adding another layer of bizarre occultish pastoral erotic to Califone’s already lurid visual world.

It’s enough to make you want to get a Califone tattoo. Stitches could be the record that introduces Califone to the masses.

Citay – Dream Get Together Album Review